Getting off the Gibb River Road and into Derby was a relief, and when we were directed to our own private campsite under The Tree at Mark and Bec’s, handed the keys and given the run of the house, the relief nearly overflowed into tears. I guess I was more traumatized than I realised by the heat, dust and crowds along the GRR. 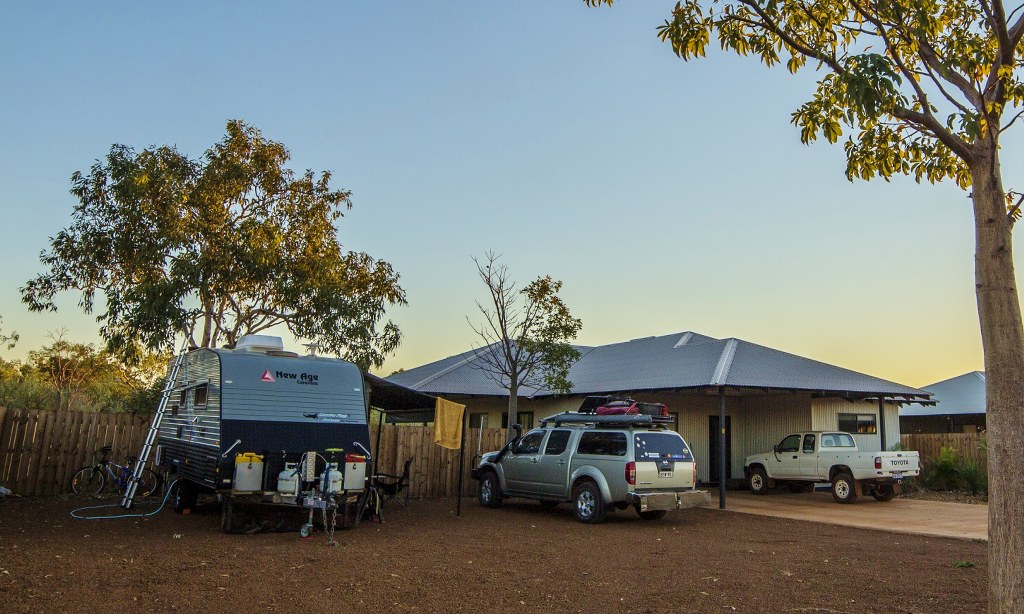 It was fortunate that Mark and Bec had already planned to be away for the weekend, because I was not really in a fit state to socialize. But by the next day I bounced back and when they arrived home on Sunday, I was ready to party! 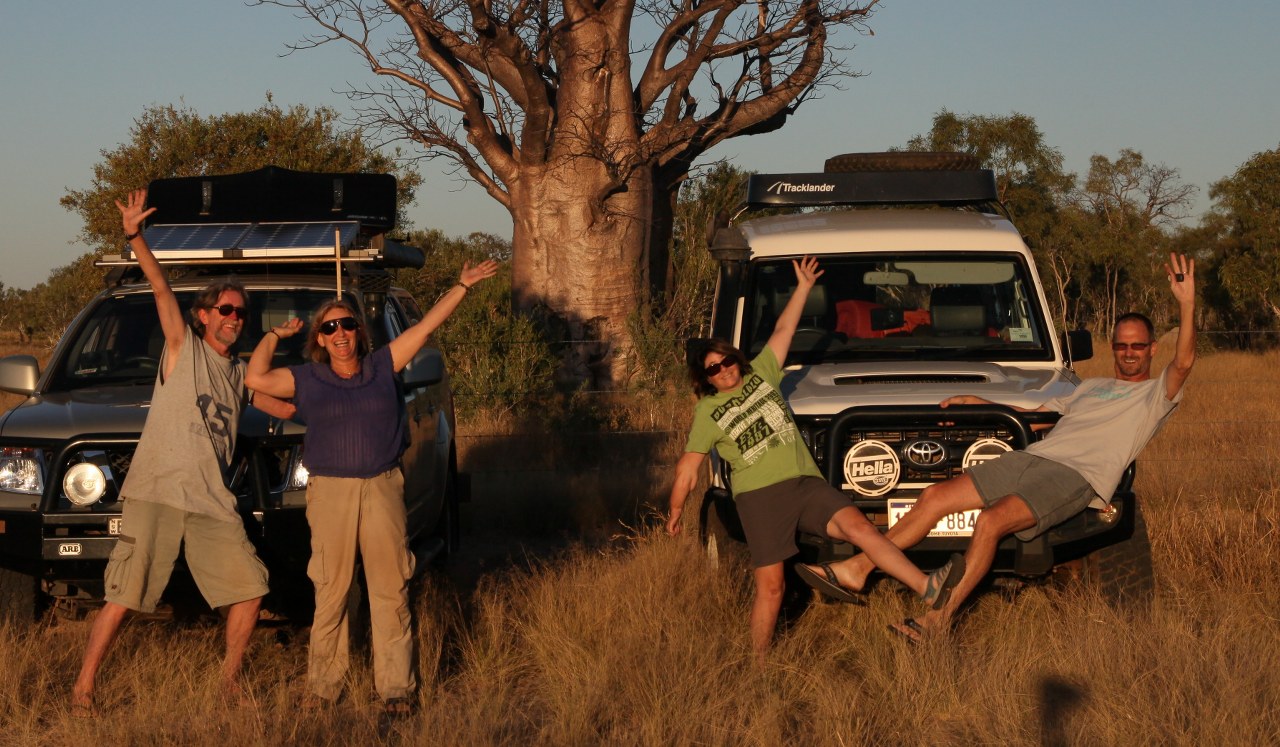 I hadn’t seen my old workmate Mark in over 10 years, and Rod hadn’t met either of them, but we all got on like billy-o. Over shared dinners and sight-seeing forays, we got to know these very special people. It was a real highlight of our journey and one with lasting, significant memories.

Mark and Bec are wonderful hosts; they took us on scenic drives, cooked amazing meals, the boys ventured out on a photo shoot of the iconic Marsh and I accompanied Bec on a day trip to Broome. Derby is a lovely town with lots of character (and quite a few characters). The town is bursting with iconic photo opportunities, including the famous Derby jetty, 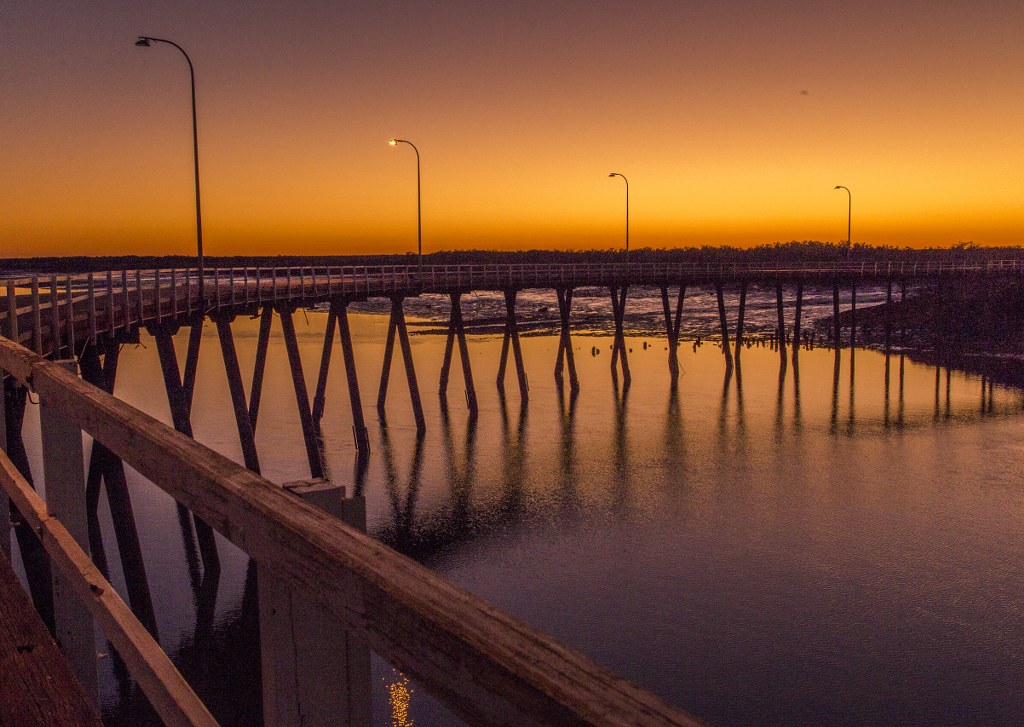 and the very photogenic Boab trees, found only in isolated parts of Australia.  If I could move the town to a better climate, it would definitely be on “the list.” 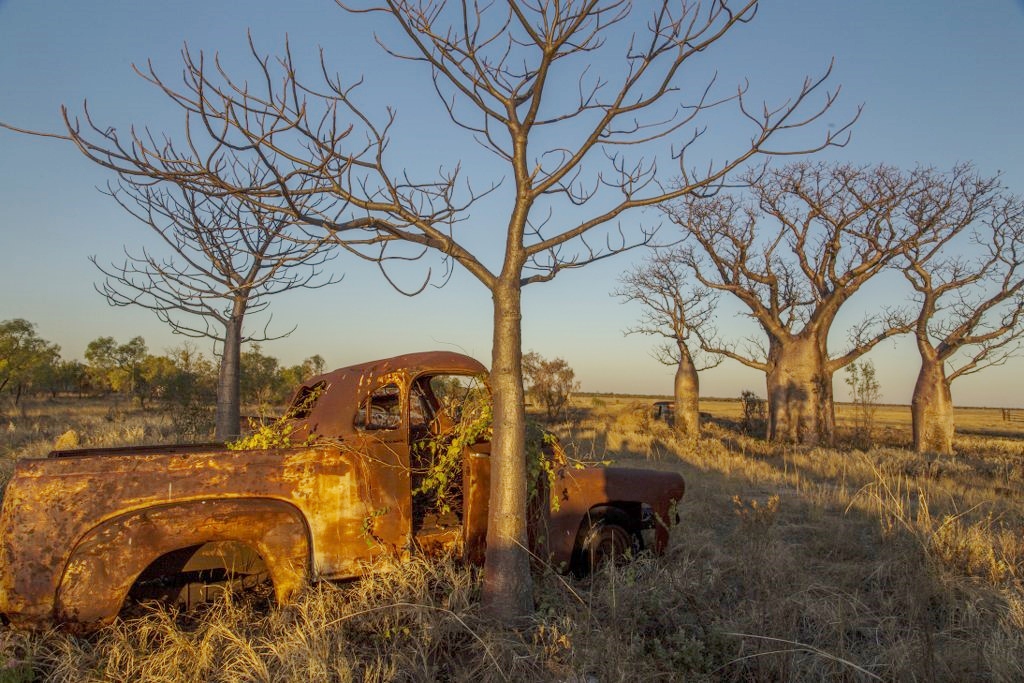 Alas, after a week in the “best caravan park in the Kimberley,” it was time to head off and make some more memories. Still, it wasn’t easy saying goodbye.

We didn’t go far. After checking out many of the horrible-looking crowded parking lots that passed for caravan parks in Broome, we found a real jewel about 20 k’s out of town on a private property. The price was right, it was well positioned for seeing the sights around the area and we had a lovely shady spot on the edge of a pond. We stayed for five nights, originally planning for two. 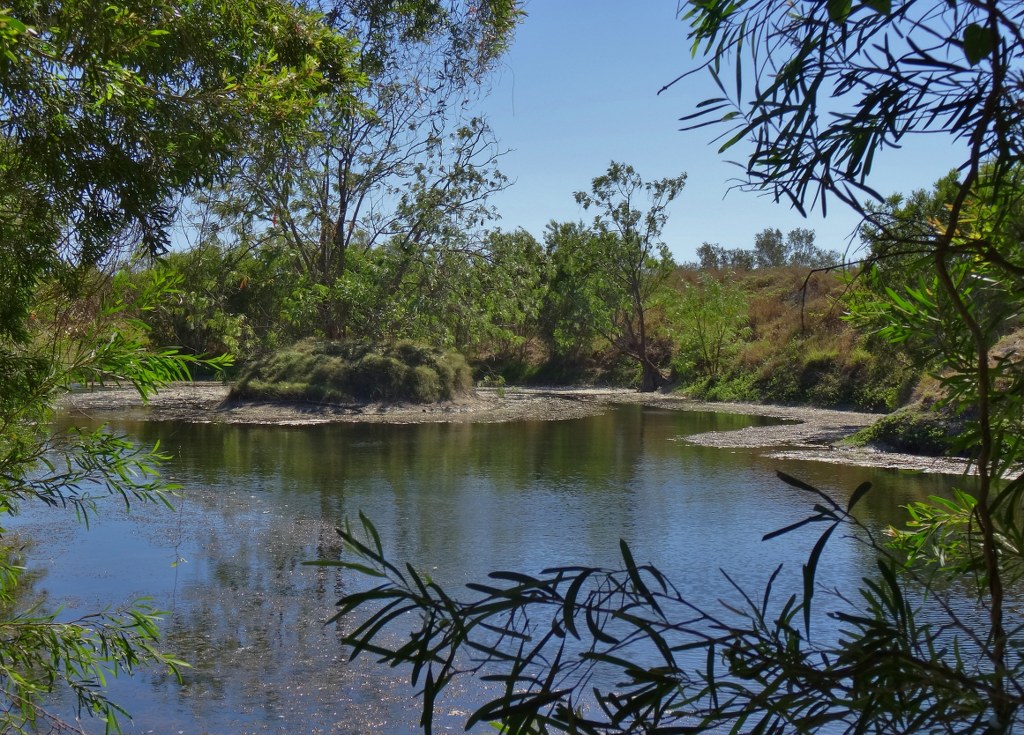 We made the most of our time there, toasting the sun as it set over the ocean, testing our nerves on some questionable 4WD tracks in pursuit of giant flocks of brolgas and watching the whales frolic just off the coast.

We also dabbled in a bit of the night-life in Broome, which is quite unusual for us. First we took in a movie at the open air Sun Cinema, revelling in the balmy evening air. The oldest operating “inside-out” movie theatre in Australia was the appropriate venue for seeing the very entertaining Inside Out movie. The whole experience was enhanced, somehow, by the jet planes coming in just above our heads for a landing at the airport next door. 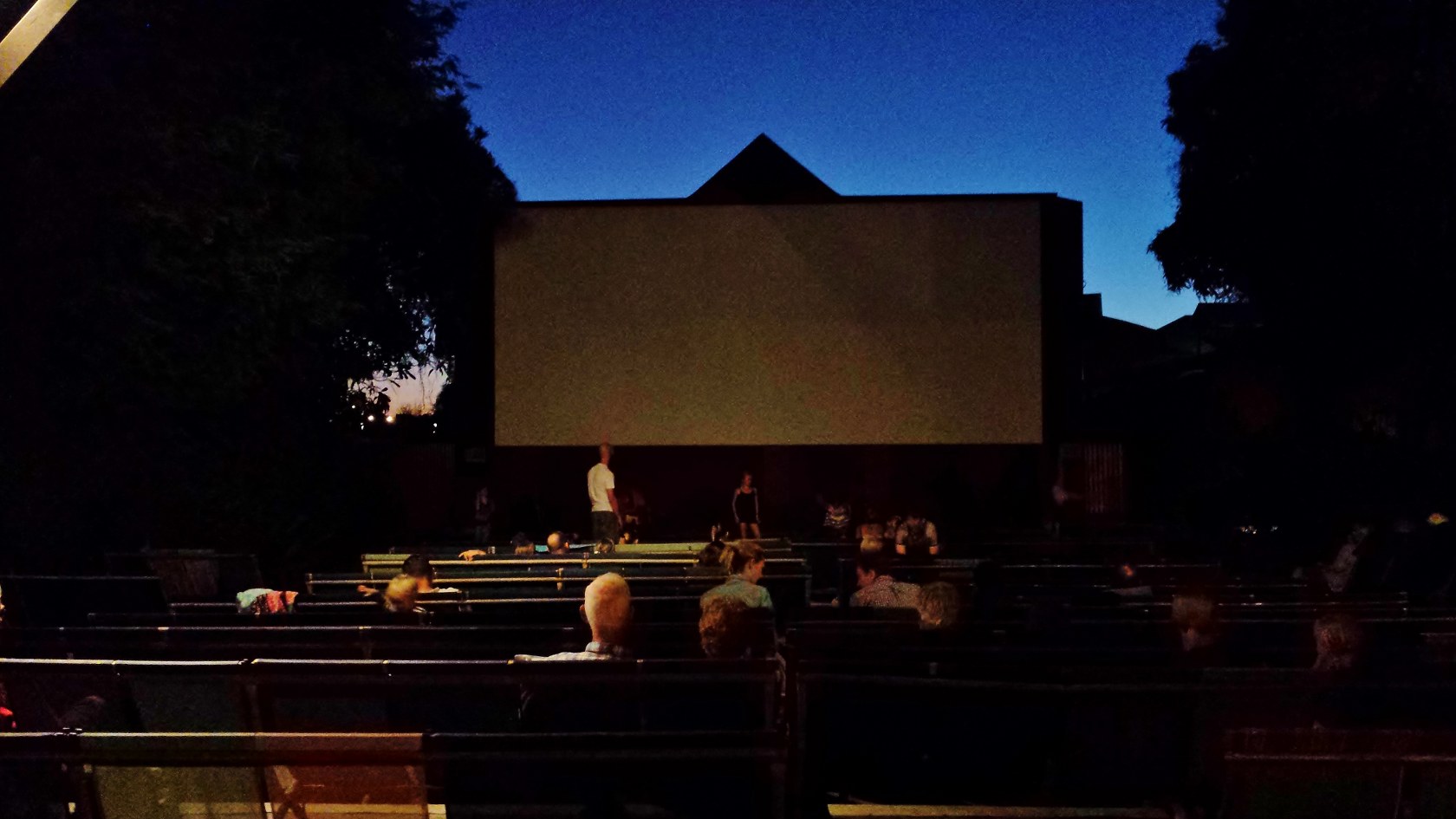 The following night, we had the unexpected pleasure of fulfilling a long-held dream. Quite by accident, we discovered that Stephen Pigram was performing at a venue in Broome! The music of the Pigram Brothers was the soundtrack of one of our favourite movies, Mad Bastards. For the past five years, their music has also been the soundtrack of our outback trips. It was on our mutual “Bucket List” to see them in person one day. 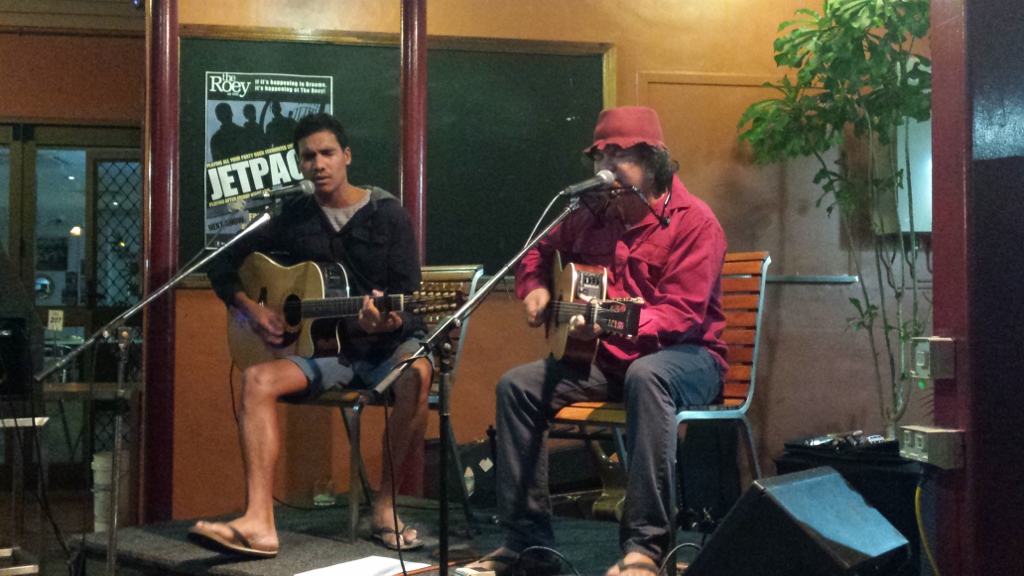 We arrived early at The Roey and Rod sweet-talked the guy at the door into giving us a front row seat. We were an arm’s reach away from the performers, lead singer Stephen Pigram and his youngest son, Michael, playing with his dad for the first time. I was moved to tears as I listened to them sing some of my favourite songs.

I even had a “girl day out” in Broome, the first time in 11 months that I had driven anywhere by myself. I know it doesn’t sound like a big deal, but I think a corner was turned that day and I have since been happier within myself.

Just as we were making plans to head off down to the Pilbara, we had another unexpected surprise. Mark and Bec were coming to Broome in a couple of days and hoping to catch up with us. We relocated to a more suitable (and free) camping spot on Barred Creek while we waited for them to arrive. It was a peaceful spot right on the creek, where we could watch the sun setting over the most amazing turquoise water, which varied dramatically with the tides. 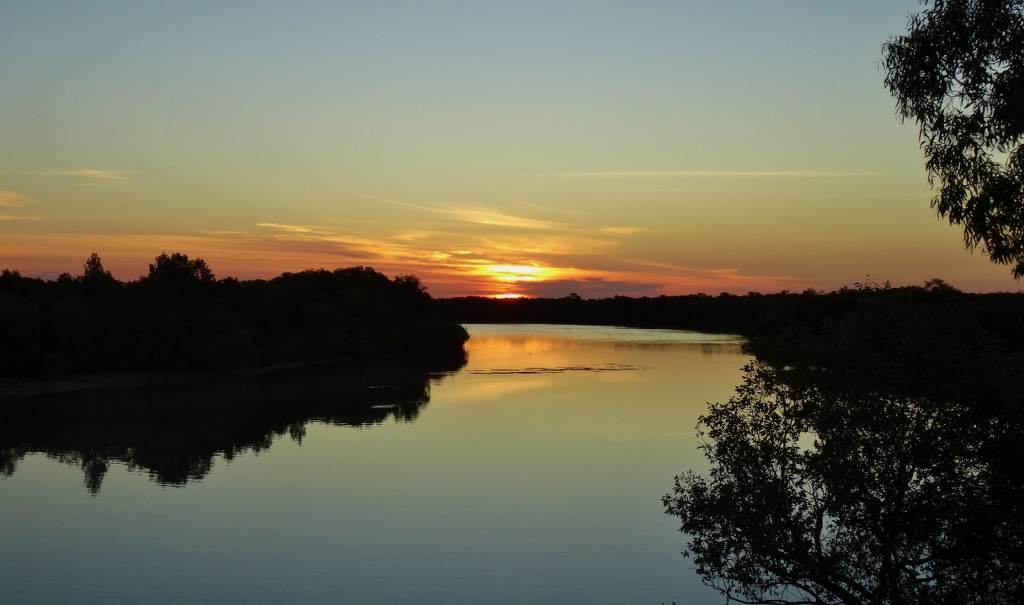 There were water birds, black cockatoos and even a couple of sea turtles drifting past our lounge-room.

I’m sure there were lots of fish too, but they did not want what we were offering. (I did catch a good sized tree branch, but it was a bit tough.) 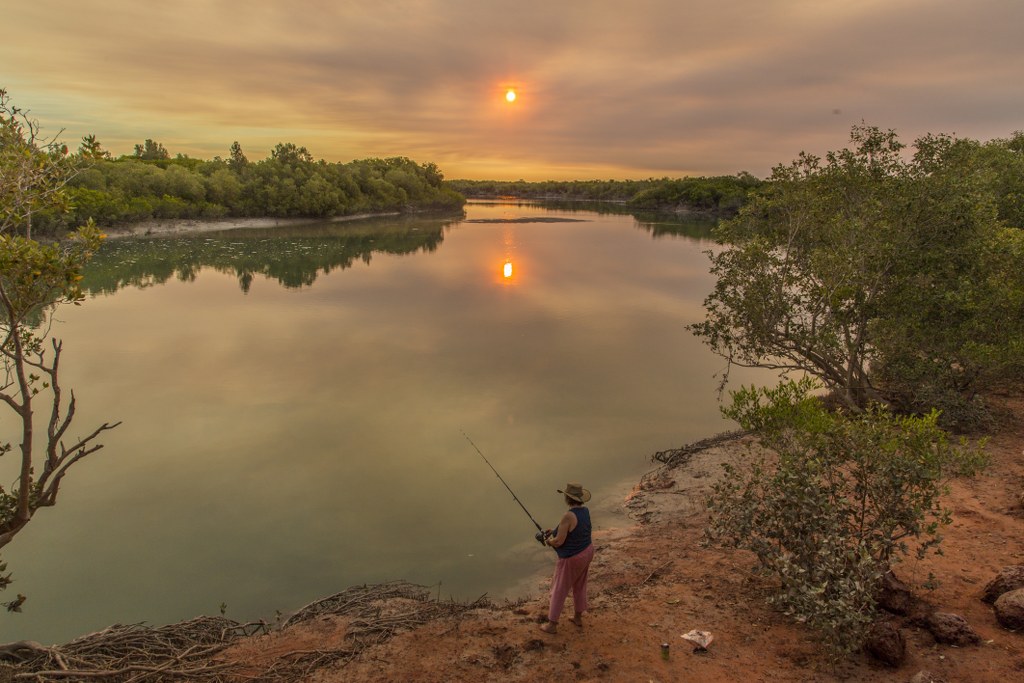 In the unlikely event that we didn’t catch anything edible, Mark and Bec had brought some sausages for dinner, so we didn’t starve. The Photographers did capture some great sunset shots, though. 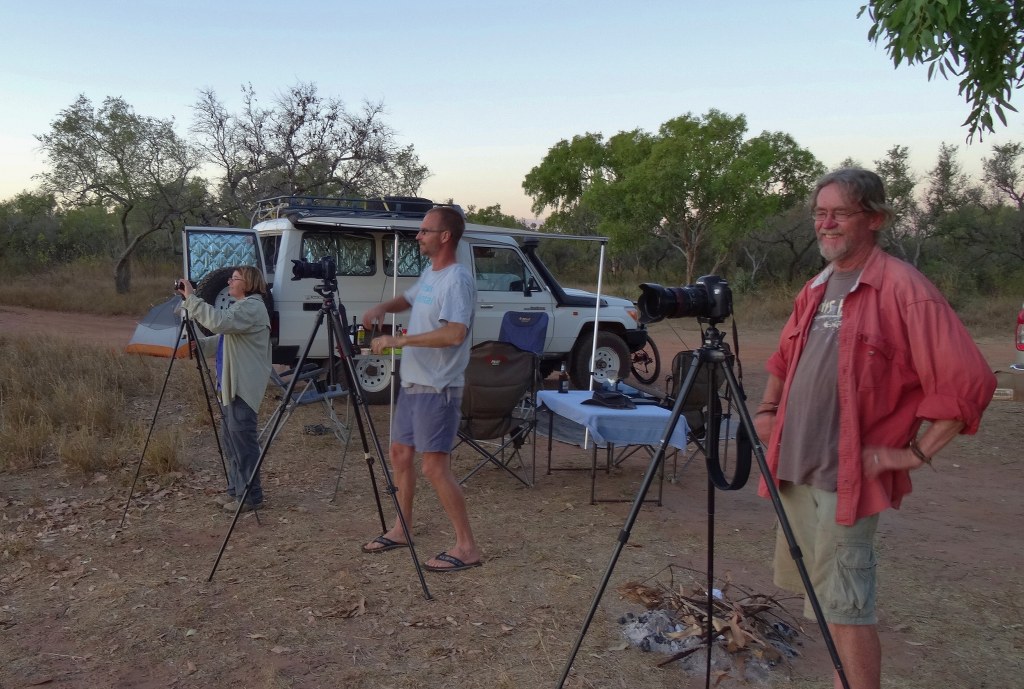 Finally it was time to tear ourselves away from the West Kimberley and head into The Pilbara for the next instalment. There are plenty of reasons to come back here one day, so who knows…