Most of our travels up until now had been fairly spontaneous, making it up as we went along – where to stay and what to do and see. Somehow that had changed to the point that we pretty much knew where we were going to be for the next six to eight months. After leaving The Great Southern region we were going to do a giant loop up the west coast as far as Exmouth before heading east to The Goldfields and then back down to the south coast near Denmark. 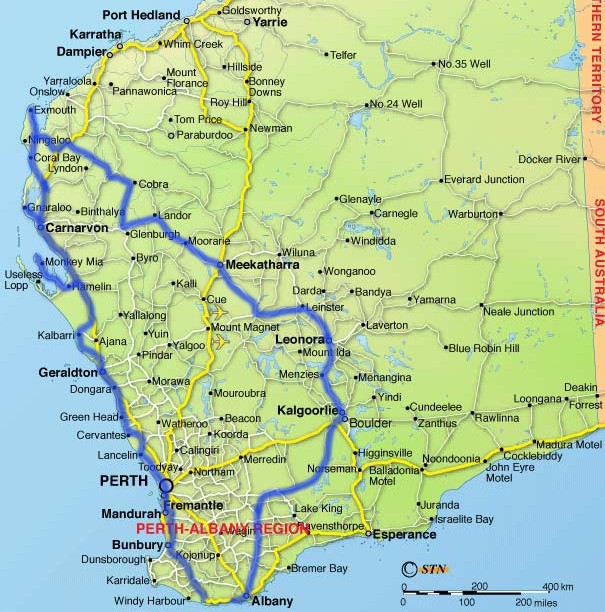 But first things first. We had agreed to look after a lovely house in the sweet little town of Harvey, near Bunbury. We had a month there looking after our friend John’s “castle” while he holidayed in New Zealand. It suited us (and him) perfectly. Time to do a bit of maintenance on Leo and The Wombat, clean the dust out of every nook and cranny in the rig, and chill out in suburban air-conditioned comfort. 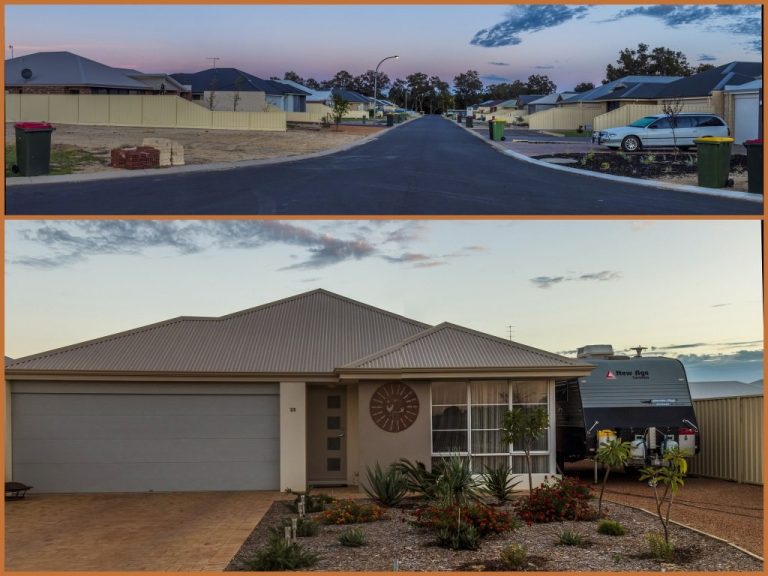 With the fridge and cupboards bulging with restocked supplies it was time hit the road and head north. It was mid-March and “the season” for grey nomads to head up the coast was still more than a month away so everywhere we went was still nice and quiet.

First stop was Cervantes, a small sea-side town a couple of hundred kms north of Perth. It was also an opportunity to re-visit Nambung National Park and the amazing Pinnacles. Check out our blog of when we were here last year. I made the effort to get up before dawn to experience the changing colours and the sun made its appearance, even though there was a fair bit of cloud about. 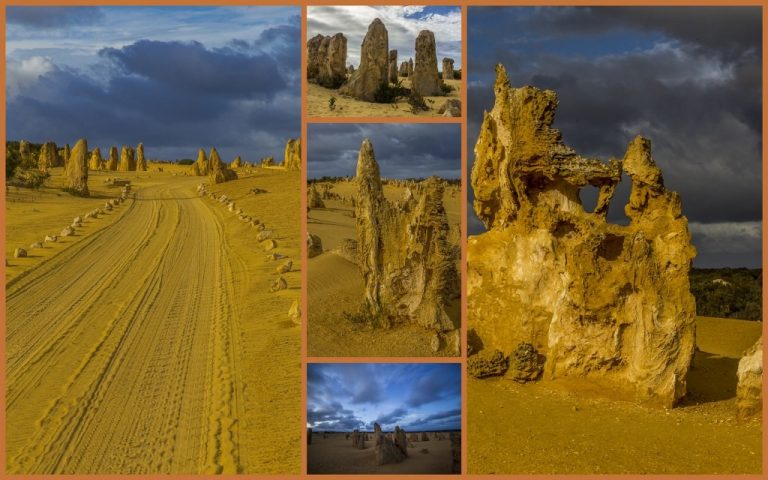 This was just about the first time in our travels that we were traveling through country that we had been to before. It was nice to be able to go back to places that we had enjoyed visiting last year on our way down the coast. We still had a few days till we were due in Shark Bay so decided to stop off at the lovely Lynton Station near Port Gregory. 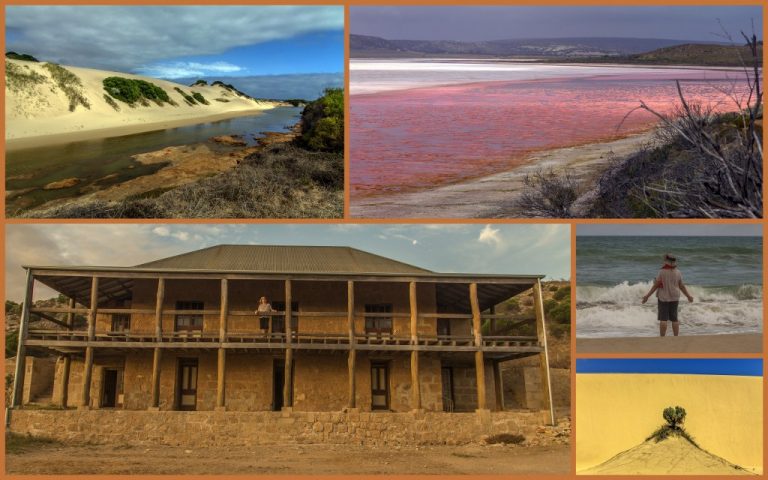 While we were there we re-visited the mouth of The Hutt River, The Pink Lake at Port Gregory, the old Lynton homestead, the spectacular sand dunes near Horrocks, and the wild remote coastline.

One of the things about travelling along the west coast is the vast distances between places, with not that much of interest to look at along the way. Time to put Leo and Rod into cruise control mode, turn up the aircon and the stereo and slowly watch the miles slide by. Next stop Shark Bay. “Get ya motor running, heading down the highway, looking for adventure in whatever comes our way”. Oh yeah!!

We visited this area last October and really enjoyed it. You can read about our adventures here . We were very happy to be heading back there for a couple of weeks, this time as camphosts at the Peron Homestead in Francois Peron National Park. One more night camping on the way up to Denham turned out to be magical. We stopped off at Goulet Bluff, and had a beautiful spot to ourselves, with an absolutely spectacular sunset. These are the days! 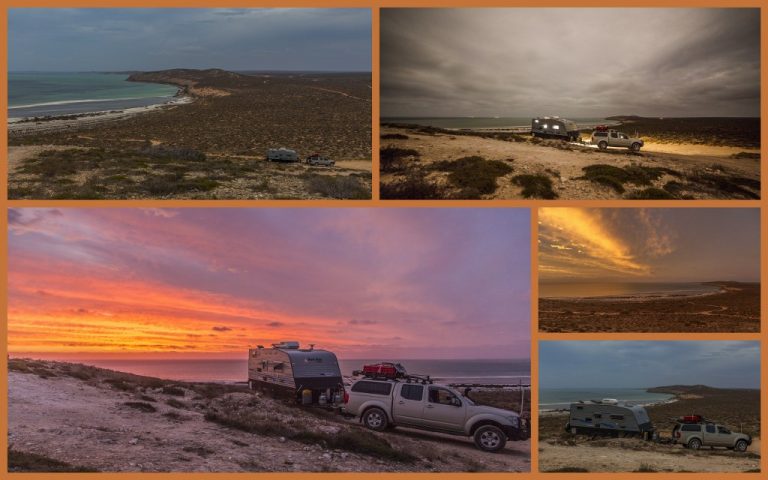 It was great to be back in Shark Bay. There was so much that we had not got to see when we were here last time, and lots of places that we were keen to revisit. In no time at all we were happily ensconced at the Peron Homestead as camphosts/ caretakers where we soon got into the rhythm of doing our daily chores – cleaning, watering, rubbish runs, mowing, etc. All this under the guidance of Ranger Chris, who treated us as honoured guests, as much as volunteer help. 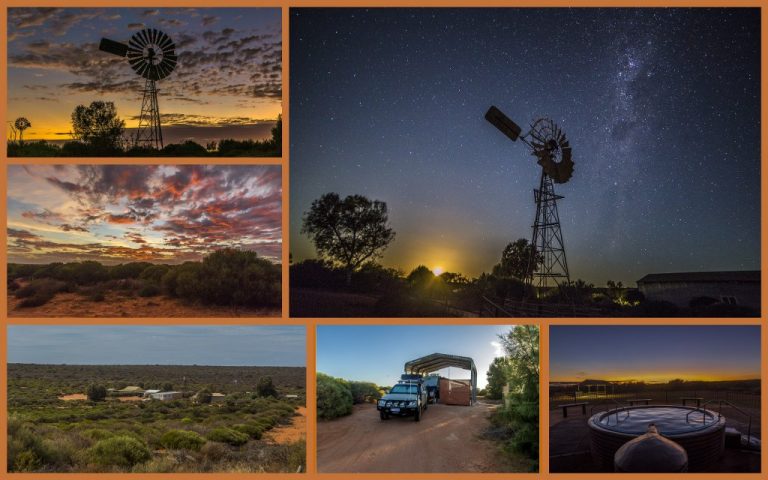 The François Peron National Park is packed with wonderful places to visit (as long as you have a high clearance 4×4, let your tire pressure down, and are comfortable with driving on soft sand). One of my favourite spots in the whole of WA is the spectacular Skipjack Point at the northern tip of the peninsula. 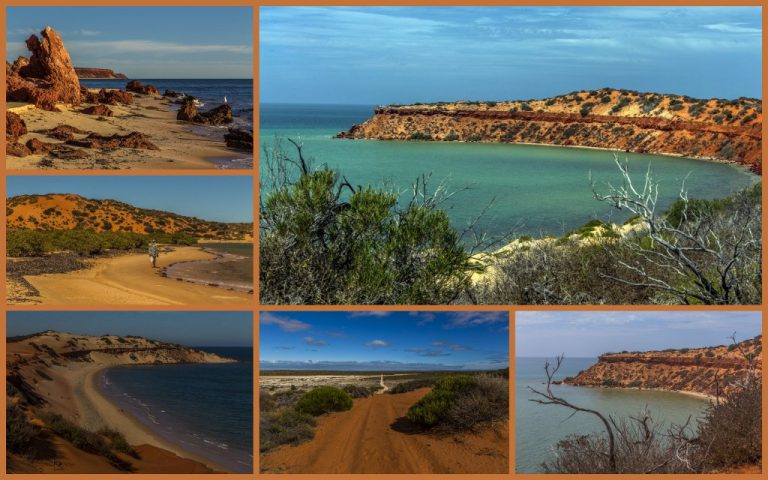 Not only are the colours of the cliffs amazingly vibrant, but the water and sky seems to be always teaming with life. On various trips up there I have seen lots of different species of sharks, dolphins, turtles, giant eagle and manta rays, dugongs, vast flocks of pied cormorants, inquisitive emus, and fat seagulls gorging themselves on the bountiful fish schools that live around here.  It is so special to still be able to spend time in places that remain relatively untouched by human intervention. 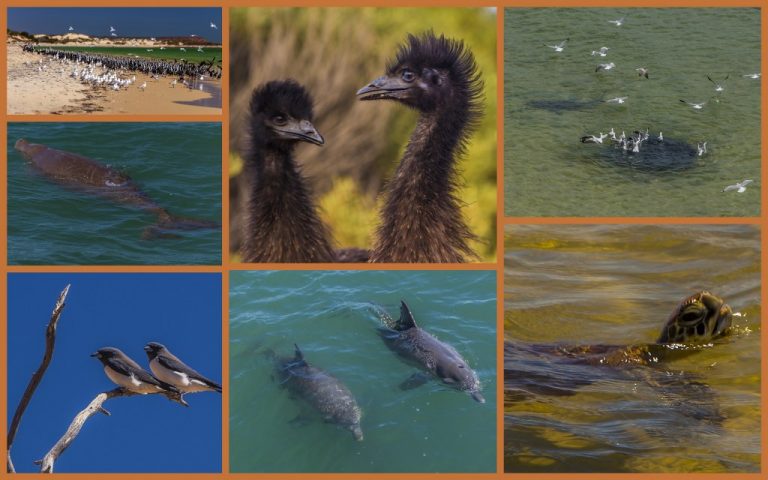 Our time in Shark Bay went way too fast. Sadly, it would soon be time to leave for new exciting adventures. However, before we took off, there was still Monkey Mia to experience. Had a lovely time getting up close to the dolphins, as well as cruising the bay on the Shotover catamaran and the Aristocat. It was a wonderful ending to a time that we will remember very fondly for a long time to come. 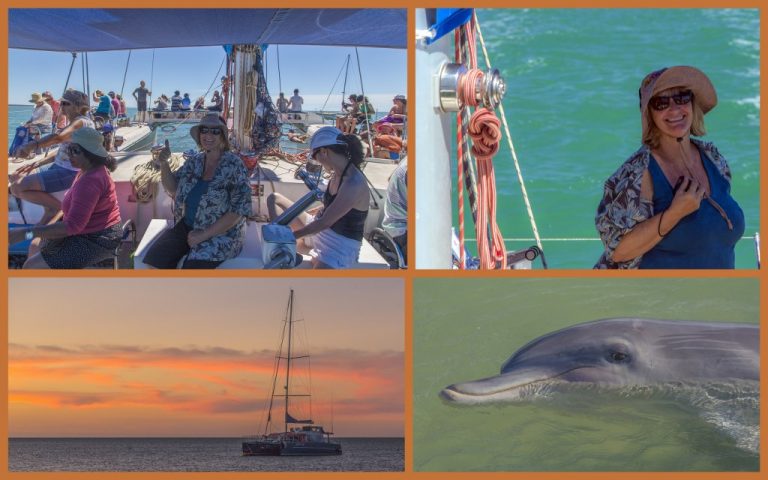