I am sitting here on a friend’s verandah on the east coast of Tasmania, very aware that we only have one more week in Tasmania. It’s a time of mixed feelings: excitement about our plans on the mainland and sadness to leave this magnificent state.

Our time in The Tarkine was fantastic, with some of the most exquisite scenery we’ve ever seen. It is an extremely diverse combination of parks and reserves and some very remote wilderness. 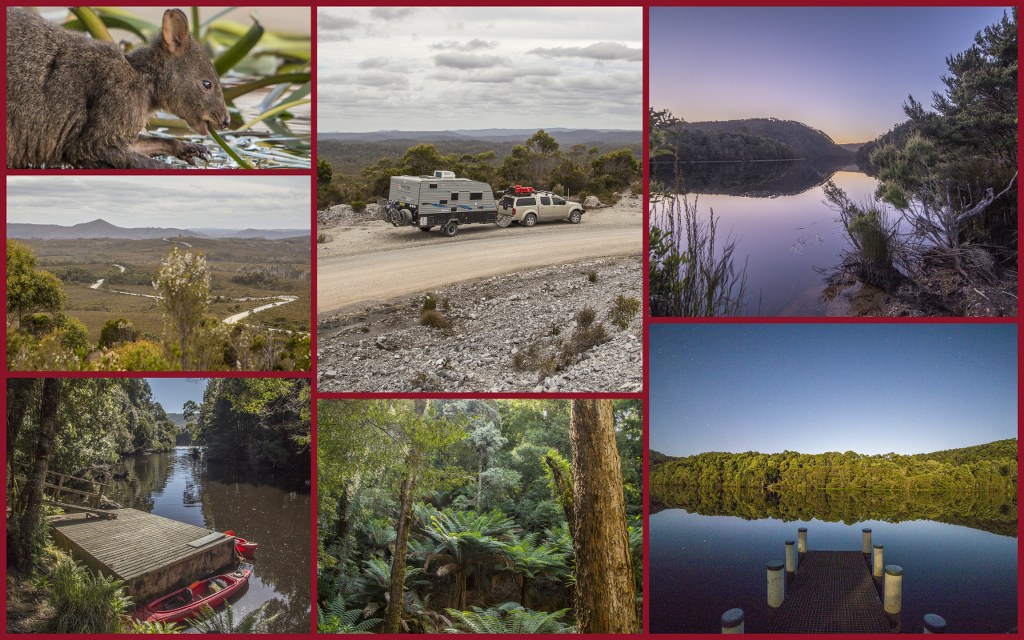 The Tarkine represents Australia’s largest area of temperate rainforest and also contains eucalypt forest, buttongrass moorland, wetlands, grassland–and a few more lands. It has more mosses, liverworts and lichen than you can poke a stick at (in case you ever need any) and provides habitat for over 60 rare, threatened and endangered species of flora and fauna, including the last disease-free population of Tasmanian Devils. 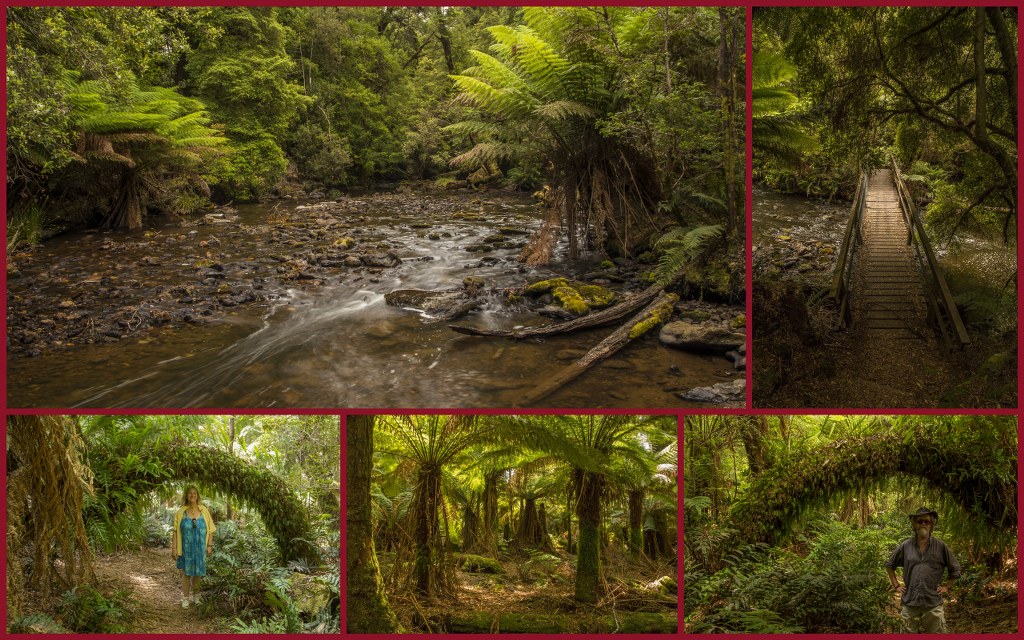 In other words, it’s pretty awesome.

On the border of The Tarkine is the Pieman River, where we camped in the car park at Corinna, a very weird and wonderful “village.” Let me see if I can paint you a picture:

After a long, winding dirt road through scenic hills covered in low scrub, you suddenly find yourself in the middle of a settlement; a smattering of tourist cottages, staff quarters, a small but tightly-packed campground, a pub and a big yellow barge called The Fatman. 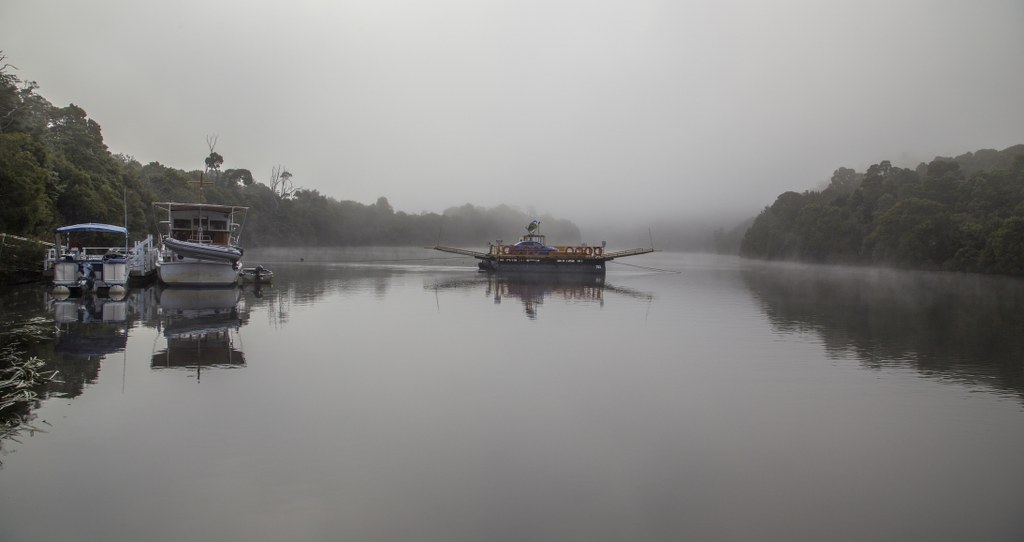 It’s the end of the road. The only way forward is across the mighty Pieman River on The Fatman.

On our arrival, the ferryman confirmed our suspicions: the length of Leo and The Wombat was just a smidge too long to fit on the ferry, so we tucked ourselves into a corner of the car park for a couple of days while we explored the area. 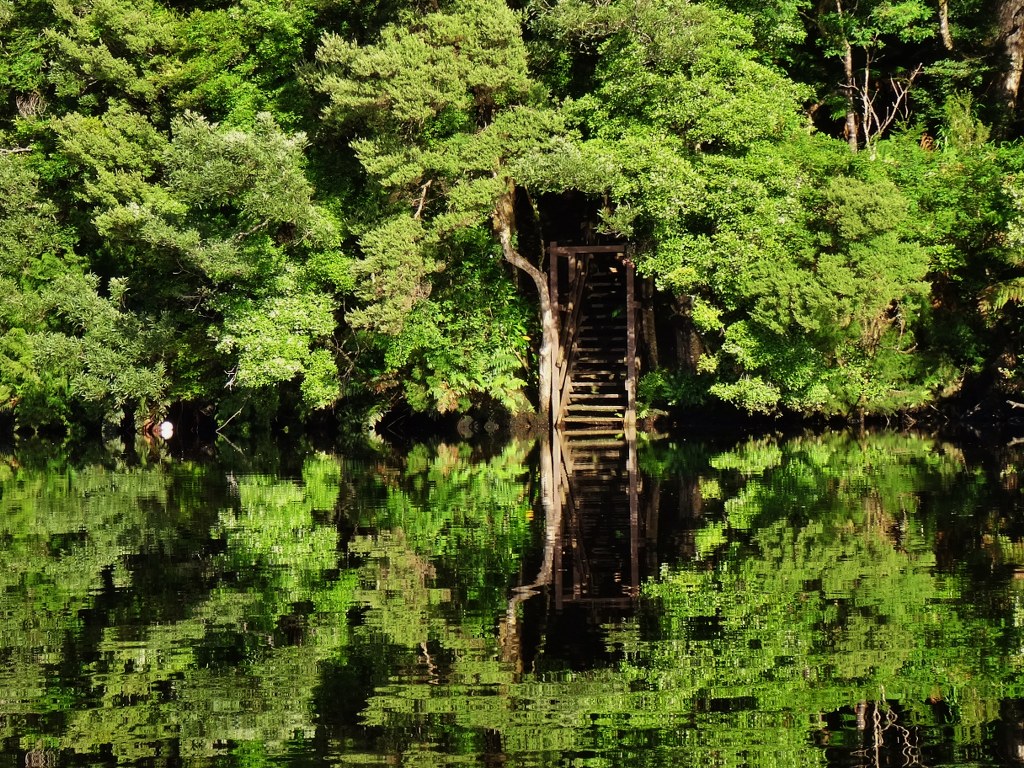 Corinna is an extremely popular tourist destination, so during the course of the day, the whole place was like a giant ant farm, with people walking and paddling around, the cruise boat taking its daily consignment of holidaymakers down the river to the coast, and vehicles. A hundred vehicles of every imaginable description, on both sides of the river, going across on the ferry. 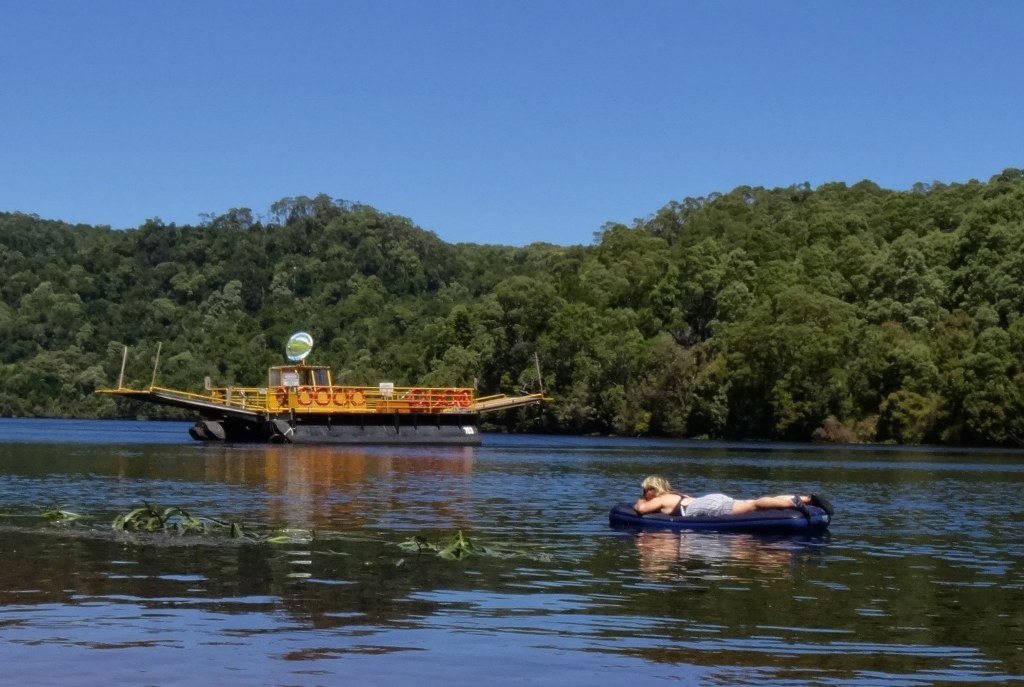 But at dawn and dusk, it is a magical, “mist”-ical place. 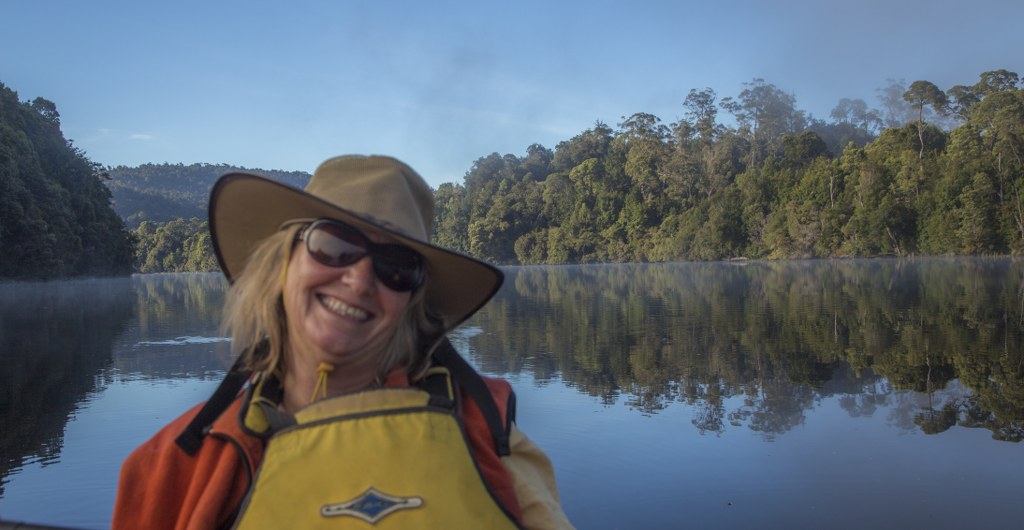 Even though it was quite weird to live in a busy, busy car park, this was one of my favourite places in Tasmania. We went for a dawn paddle on a misty river bordered by thick rainforest, climbed a mountain, saw amazing ancient Huon Pines, pristine rainforest, hidden waterfalls and spectacular coastline at the shackie towns of Granville Harbour and Trial Harbour. 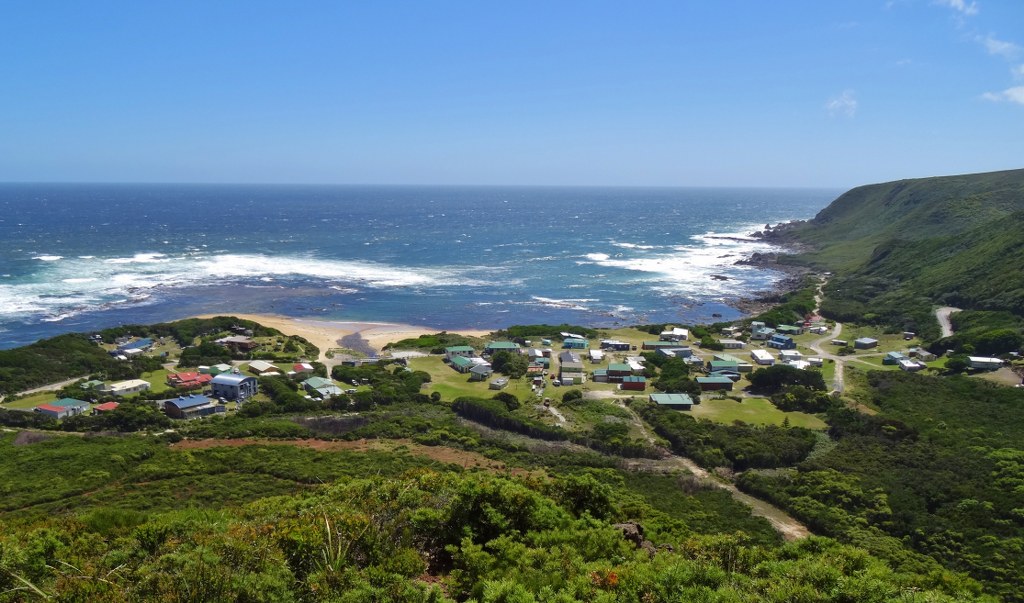 We camped amongst the sand dunes, in the middle of a rainforest and on the banks of a magical river. 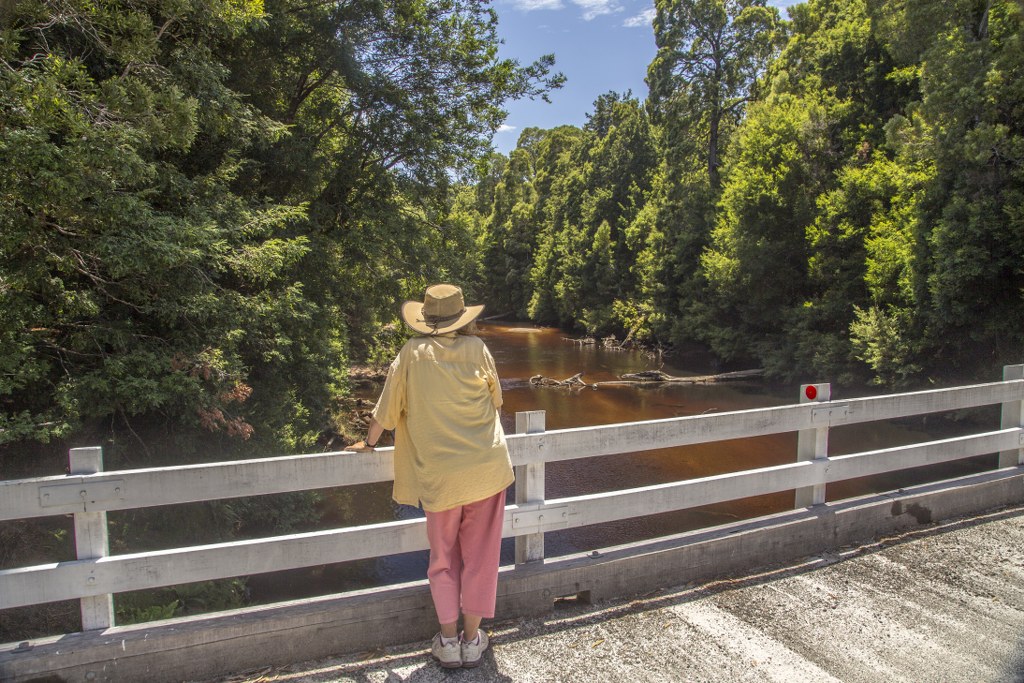