The Savannah Way is a whopping 3700 kilometres, from Cairns in Tropical North Queensland to the Broome, an historic pearling town in Western Australia’s Kimberley region.

Once we pointed our rig west from Katherine and headed towards The Kimberley, we started to discover the appeal of this iconic road. The views were spectacular and there was much to explore. It is over 500 km’s from Katherine to the next town of Kununurra with only a couple of roadhouses along the way. 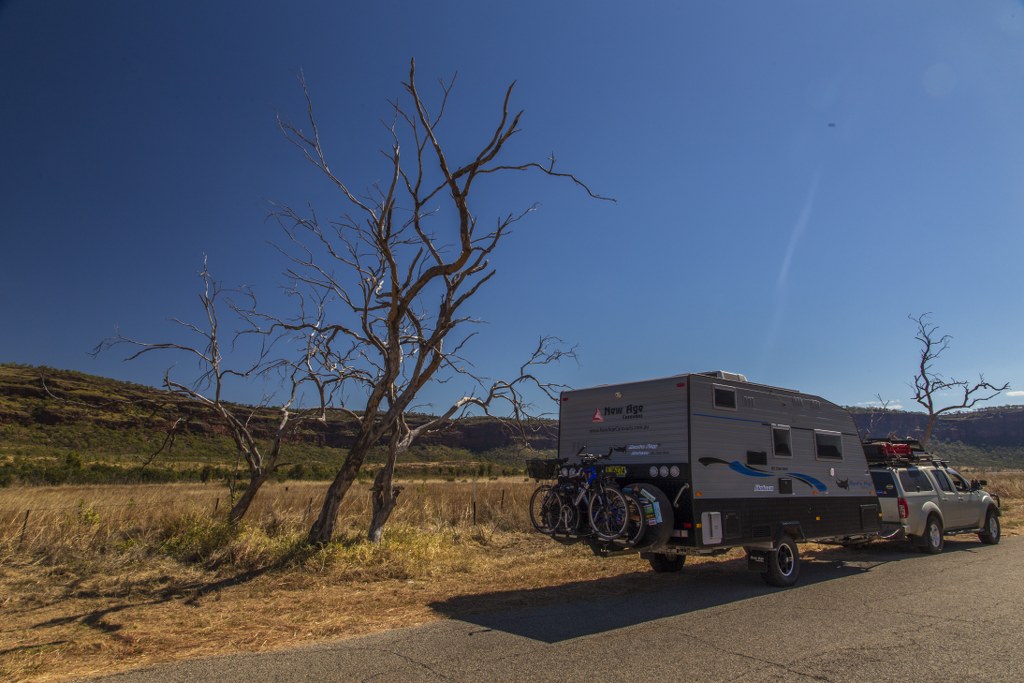 First stop was Judbarra / Gregory National Park. It covers an area of around 13,000 square km in the transition zone between tropical and semi-arid regions of the Northern Territory. The park features spectacular range and gorge scenery and significant traces of Aboriginal culture, European exploration and pastoral history. 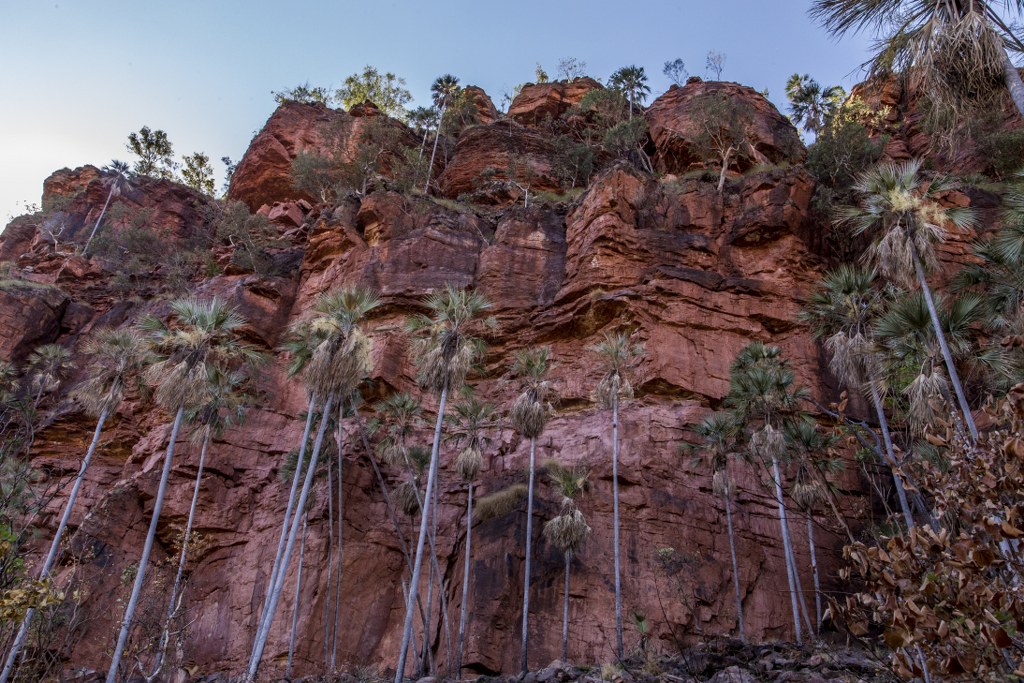 There were lovely walks such as this one at Joe Creek near Victoria River Roadhouse.

We camped for a few nights at Timber Creek to explore some of the more remote areas of the park. Fifty kilometres south of Timber Creek is the remains of Bullita Station homestead and cattle yards that was once part of the Durack pastoral empire. 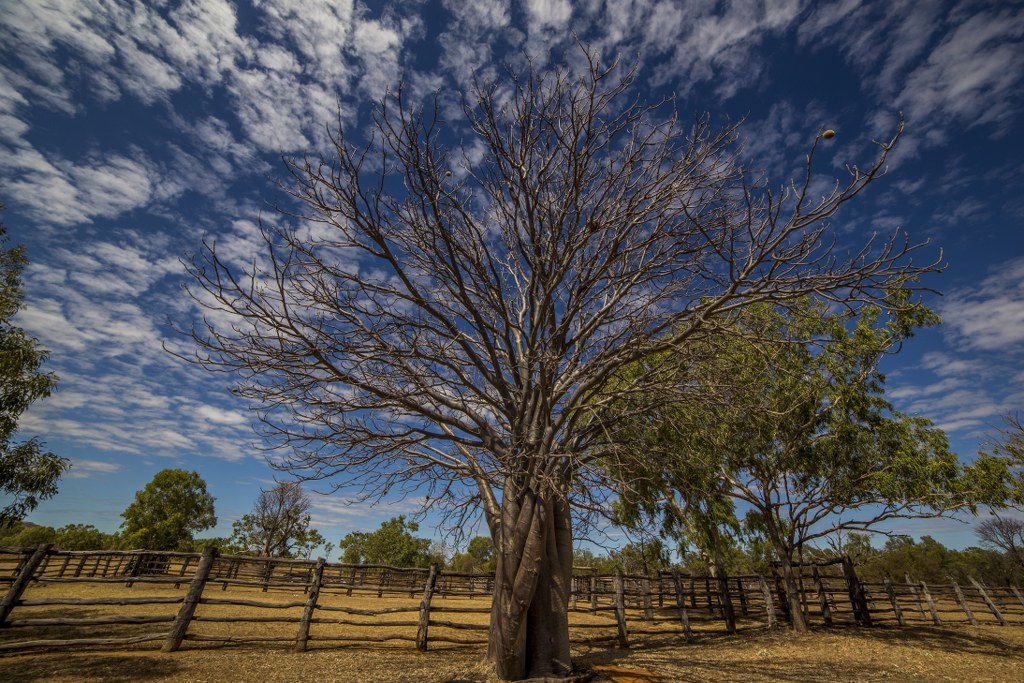 It was fascinating wandering around trying to imagine what life must have been like for the early settlers here in the late 19th century. 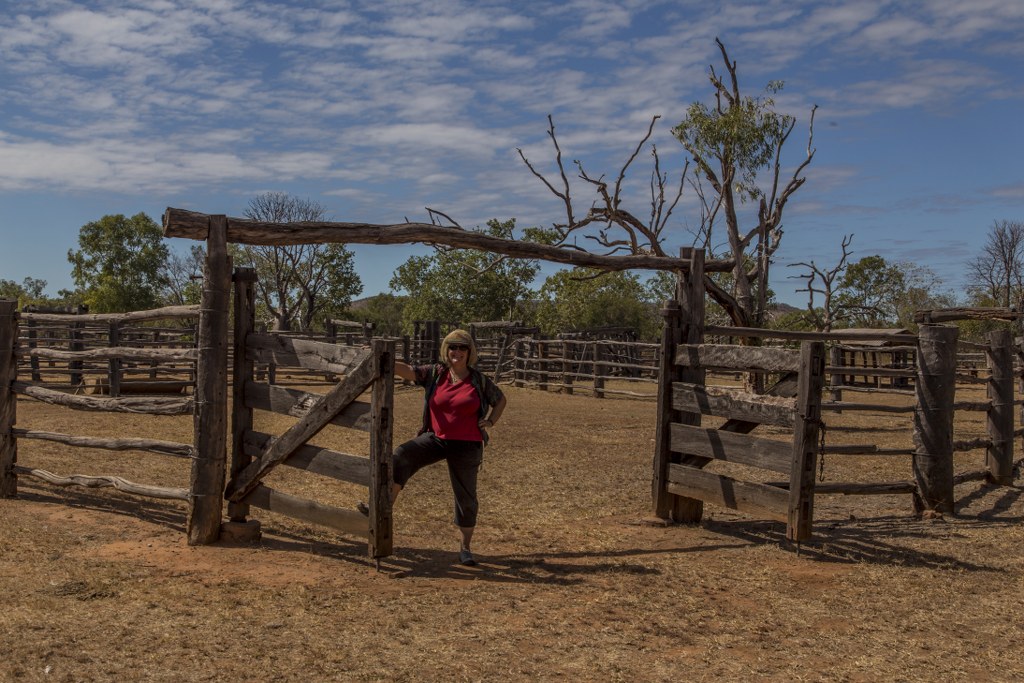 Halfway between Katherine and Kununurra, Timber Creek was a welcome haven. It was also a great place to get up close and personal with the local wildlife. Every afternoon at 5pm, the “freshies” swim up the creek to be fed fresh beef chunks by the obliging roadhouse staff. 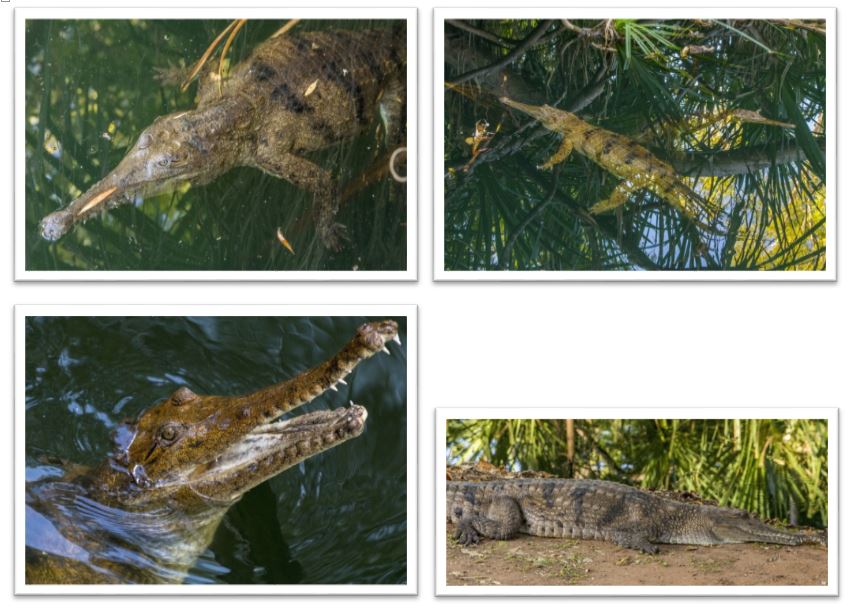 Nearby was a good place to see the mighty Victoria River that was once the highway and lifeblood of the region. 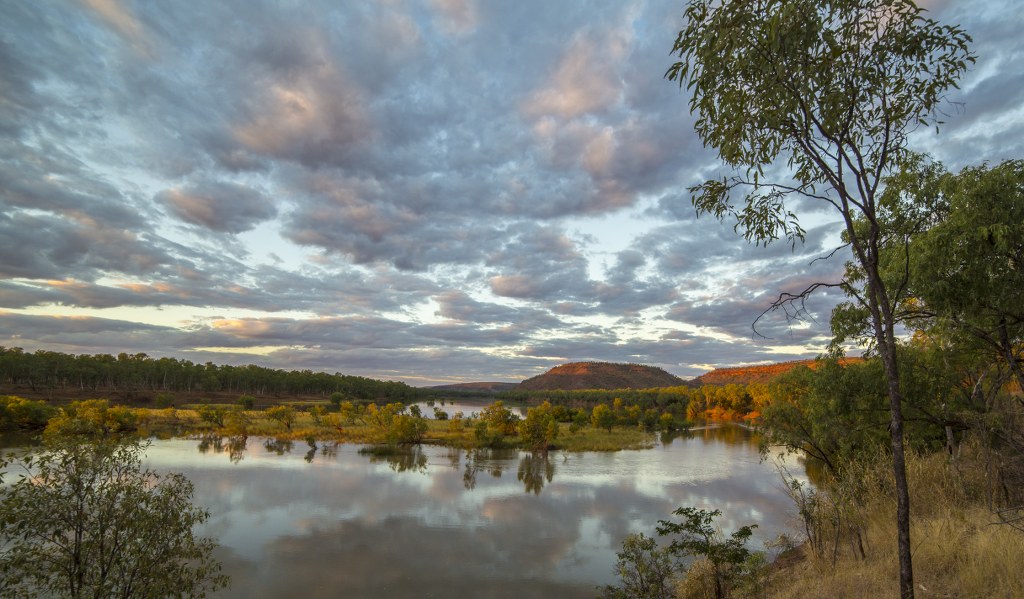 Just before we reached the Western Australia border, we stopped off at Zebra Rock Mine to camp and check out their Savannah sunset boat cruises. We were very glad we did. The cruise was on a small, comfortable, fast boat that took us out into the middle of Lake Argyle for a swim before weaving and hurtling through the forests of dead trees and up picturesque creeks to be wined and dined. On the way back “home,” we were treated to more thrills and an amazing sunset extravaganza. 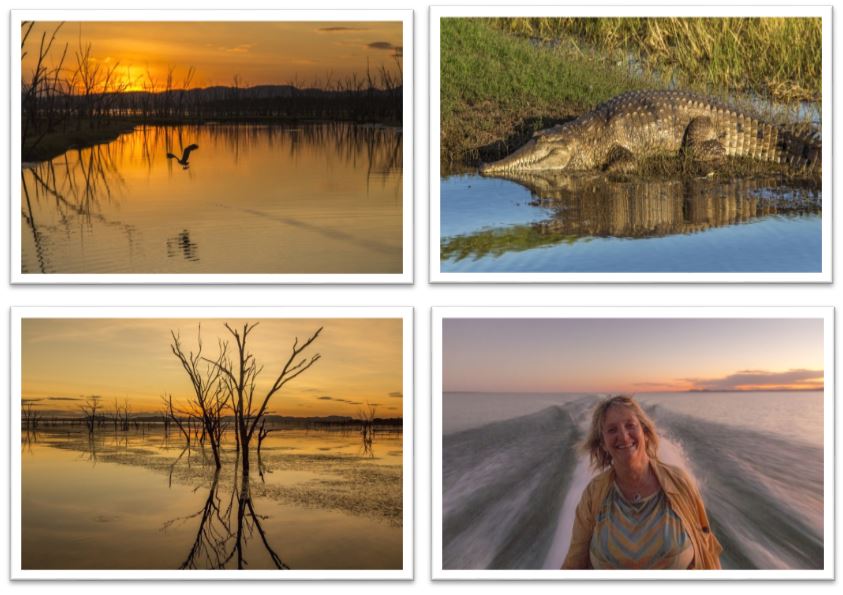 Keep River National Park was a fitting venue for our last stop before hopping over the border. It is comparatively small, but the scenery and landforms were spectacular. Geologically, it is the beginning of the intriguing sandstone ranges that characterise the Kimberley. Once again, we landed at a great campsite and settled in to explore the beautiful scenery in the area.

Our route would not be taking us to The Bungle Bungles this time around, so the “honeycombed hills” of Keep River were a good opportunity to see what we were missing, if on a much smaller scale. 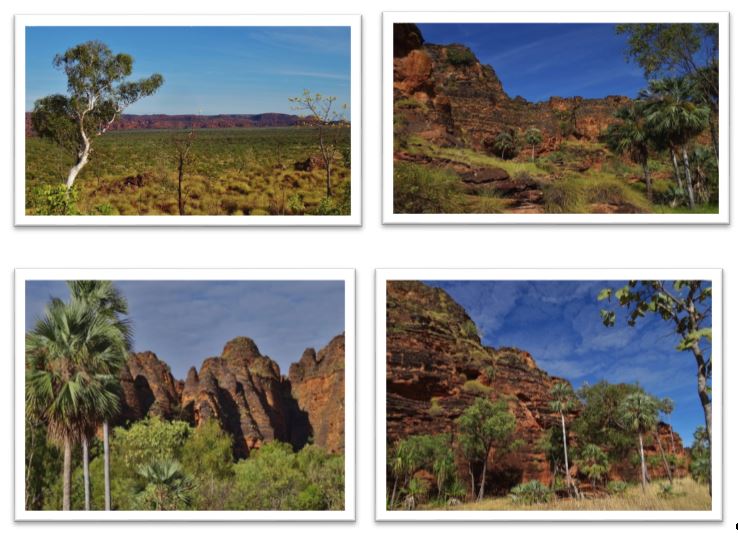 Leaving Keep River, we were all of a sudden in Western Australia! Time to put the clocks back an hour and a half, indulge in a few jokes about the time difference and go down to Lake Argyle. The relatively tiny dam wall holds back a massive body of water, which represents the centre piece of The Ord River Scheme. Completed in 1971, it is used for irrigating large areas of land around Kununurra and providing power to the local community. The dam wall has been raised once since the original construction and is set to be raised again in the near future (by a Chinese consortium) to dramatically increase its irrigation potential. 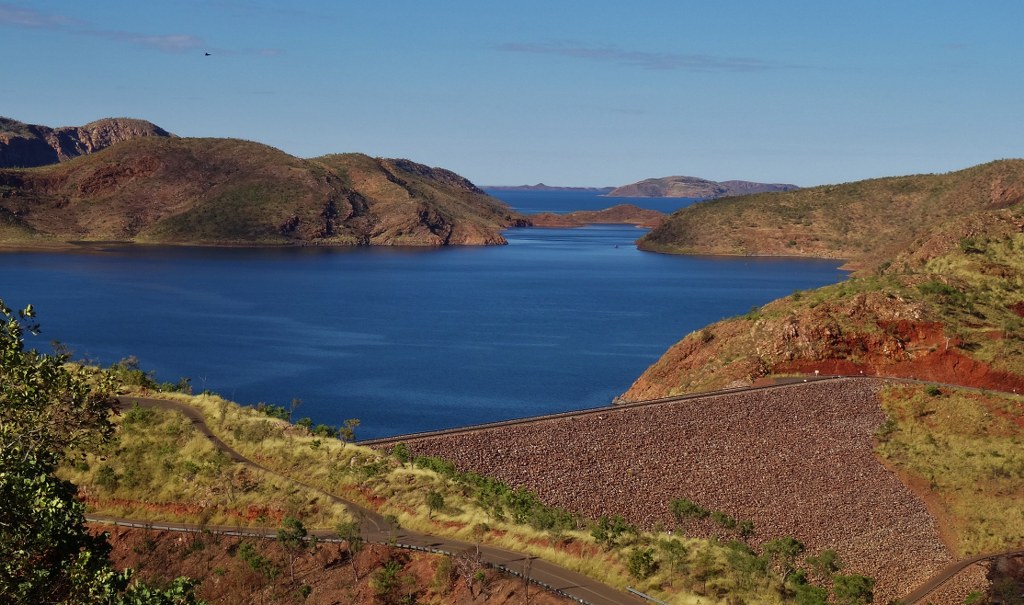 After a quick restock of the essentials of life (food, water, fuel, wine) it was off to Wyndham, the northern most town in WA and arguably the hottest place in Australia. The average daytime temperature is 36 degrees and average minimum is 23 degrees. The temperatures when we were there were a few degrees lower than that (thankfully) but the locals were complaining about how cold it was.

A trip to Wyndham is not complete without getting a photo shoot with The Big Croc. 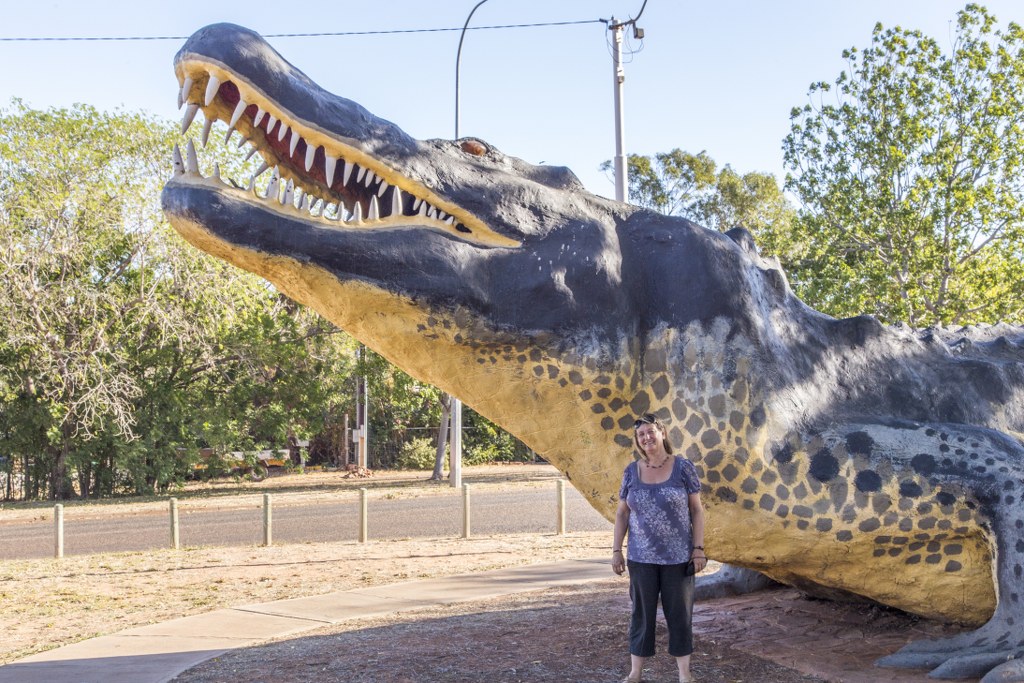 Visiting the “biggest boab in captivity.” 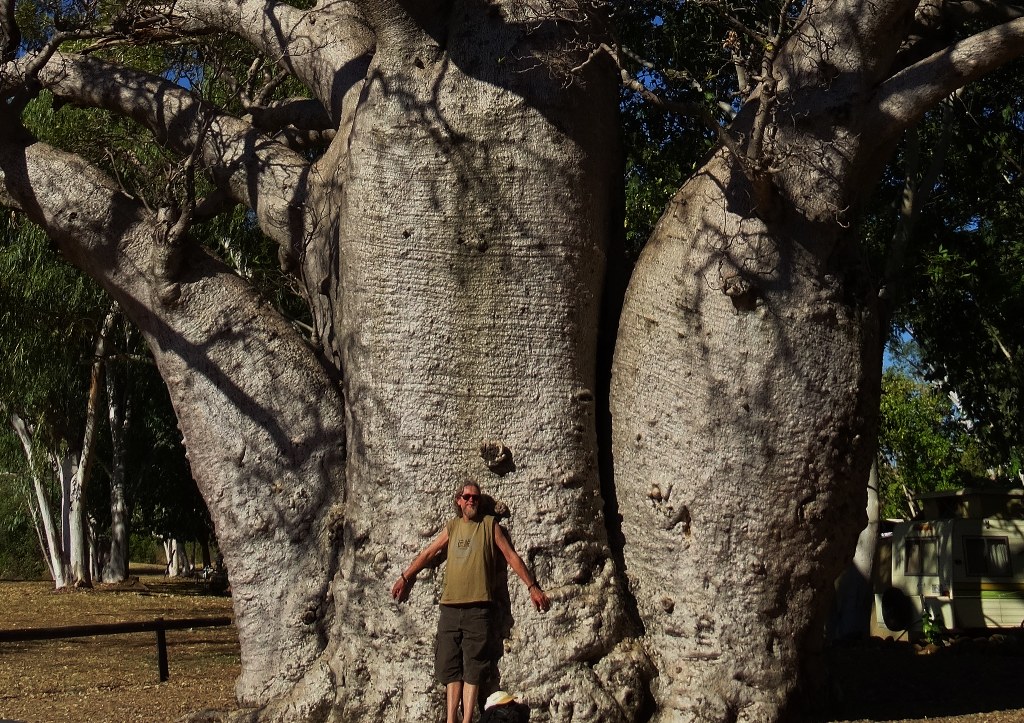 And having sunset drinkies at The Five Rivers Lookout where you can see where The King, Ord, Durack, Pentecost, and Forest Rivers finish their journey in The Cambridge Gulf. 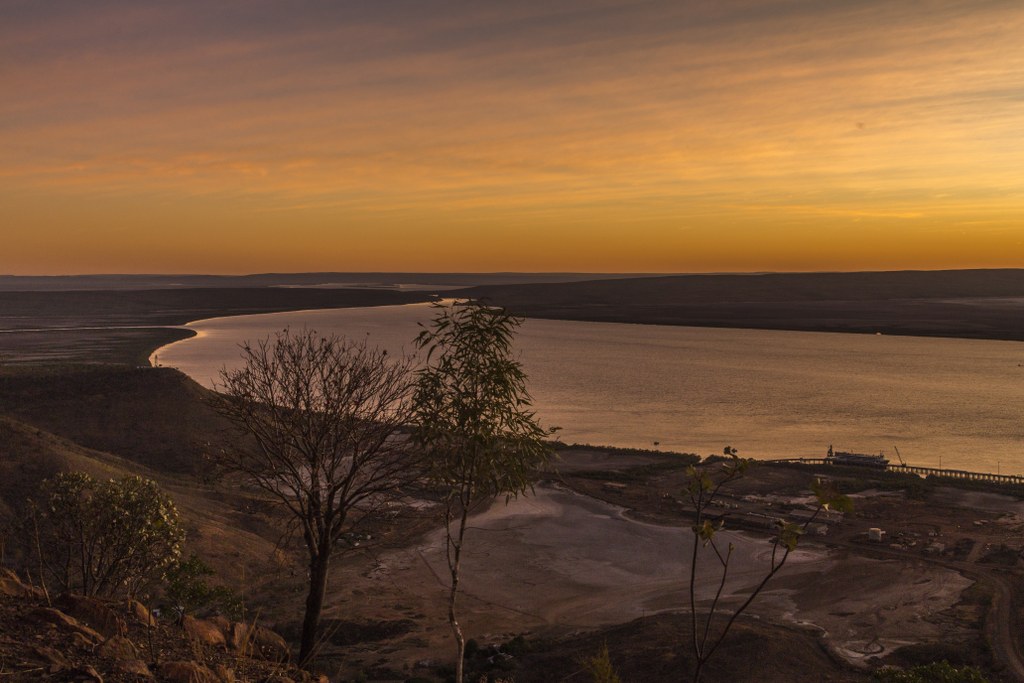 We stayed at a very nice caravan park with a restaurant and swimming pool, which was a blessing for Diane. She also availed herself of the “Sing for your Supper” deal, entertaining the 25 diners at the weekly communal camp oven meal, in turn for a free dinner. 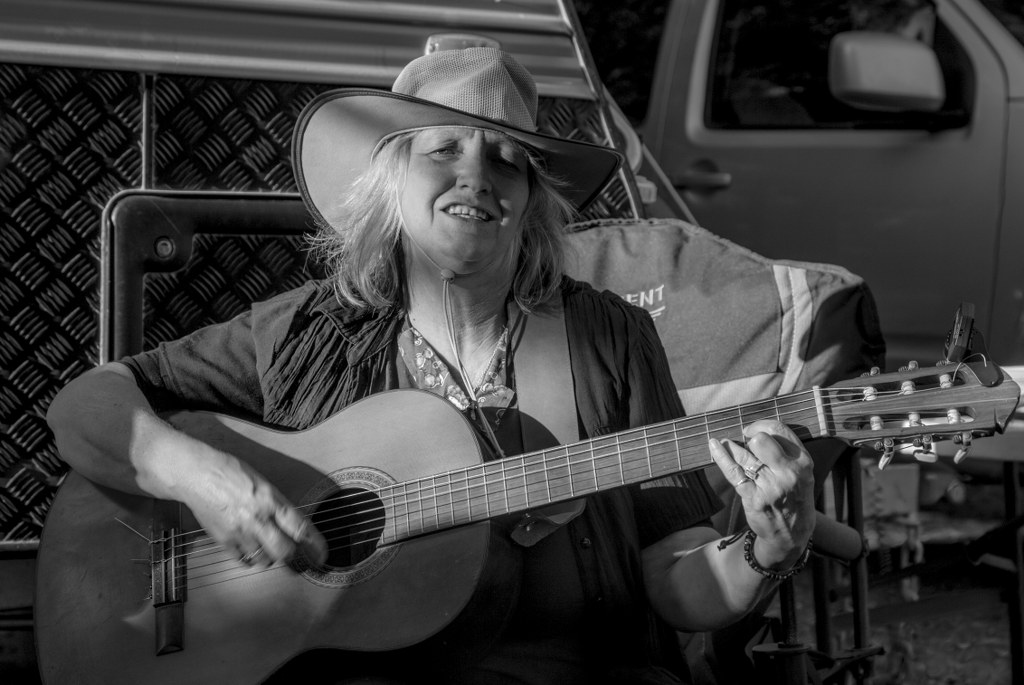 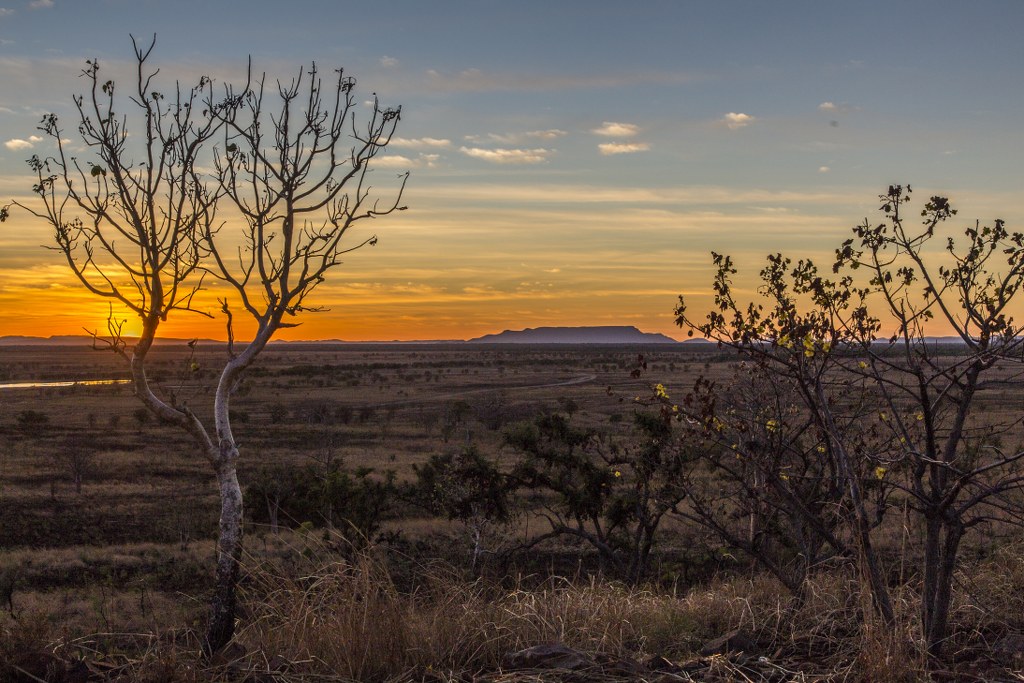 before going down to the water’s edge to do some bird watching. 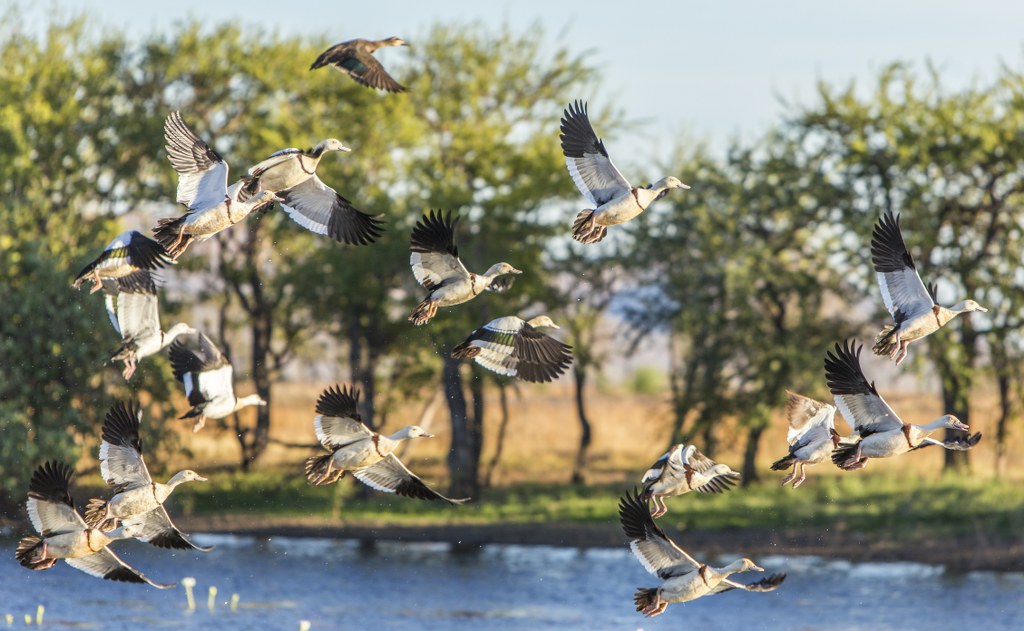 Our journey along the section of The Savannah Way from Katherine to Kununurra was packed with great experiences that will stay in our memories for the rest of our lives.

It is time to take a deep breath as we embark on a little 700 km detour along The Gibb River Road before re-joining The Savannah Way for the last section into Broome.