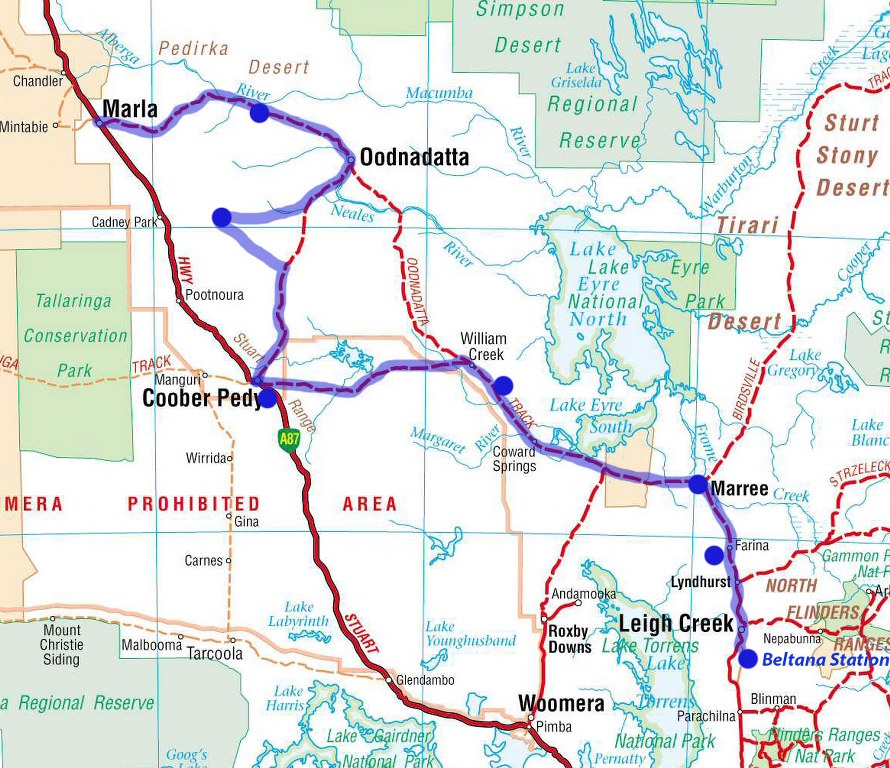 So, we were off to Maree and the start of the Oodnadatta Track. The name just rolls off the tongue, doesn’t it? The 620 kilometre-long unsealed track connects Marree to Marla, and the outback settlements of William Creek and Oodnadatta, skirting the southern section of Lake Eyre. 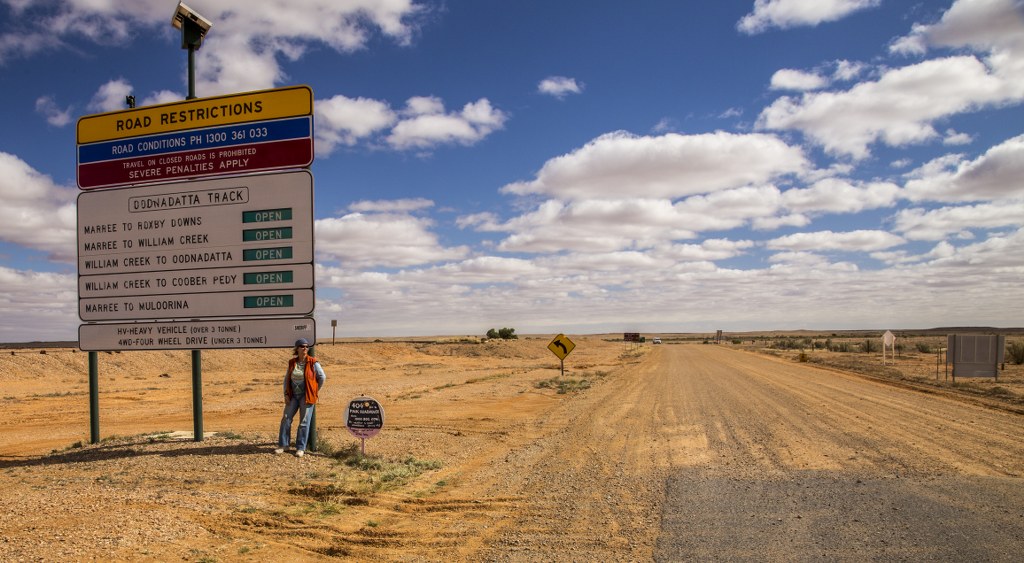 The landscape is peaceful, remote and wild. Beautiful desert colours, rich indigenous history, remnants of the original Ghan railway and Overland telegraph lines, and the ghost of John McDouall Stuart, the explorer responsible for establishing a route from Adelaide to Darwin in 1862. 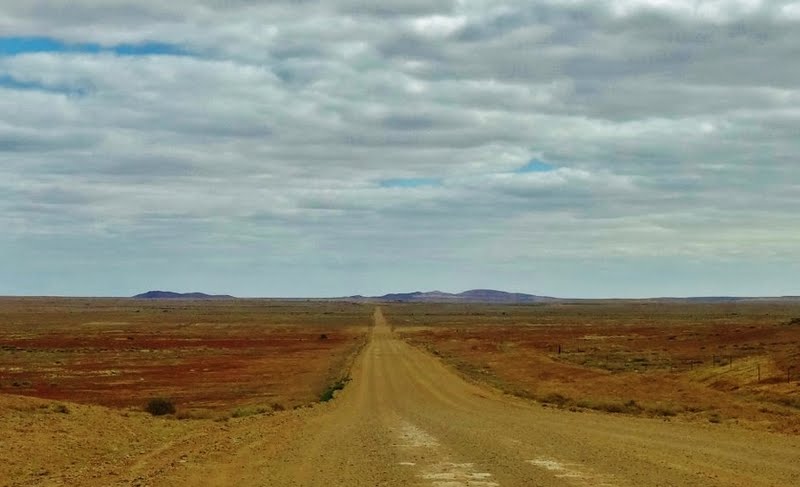 The track itself varies in condition, in some places as smooth as a sealed road, others with bone-shaking corrugations that render everything else in your life irrelevant.  And then there’s the bulldust, the red talcum powder that gets into absolutely everything. Did you know there are “bulldust holes?!” (Patches of superfine dust in the surface of the road that can stop you in your tracks). Let’s just say it was memorable. 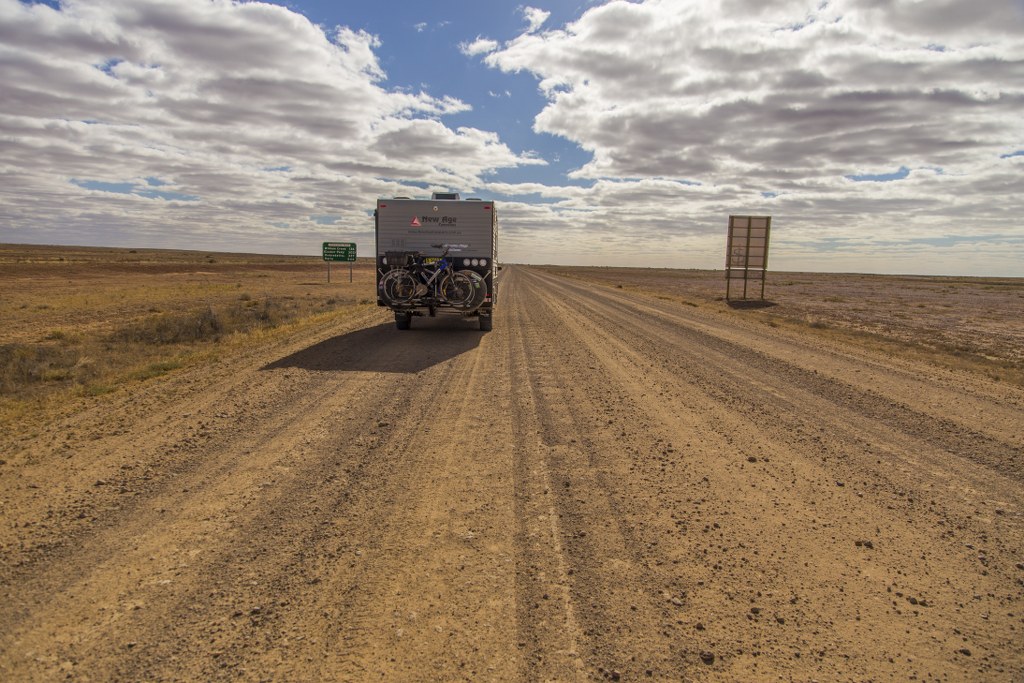 Before we hit the track, we spent the night in Marree, treating ourselves to a lovely pub meal in the bustling Marree Pub. In the morning, we stuck around after all the other travellers had moved on, so we could get the “money shot.”

When we got close to Lake Eyre South, we pulled off the track, got on our pushbikes and rode down to the dry lake bed. It was a hot, sandy and fly-ridden ride, but we made it and we had it to ourselves. (A few kilometres up the track, we came to a lookout with a proper car park and a proper walking track, but it was full of smelly tourists, so we felt quite smug and virtuous for having made that extra effort.) 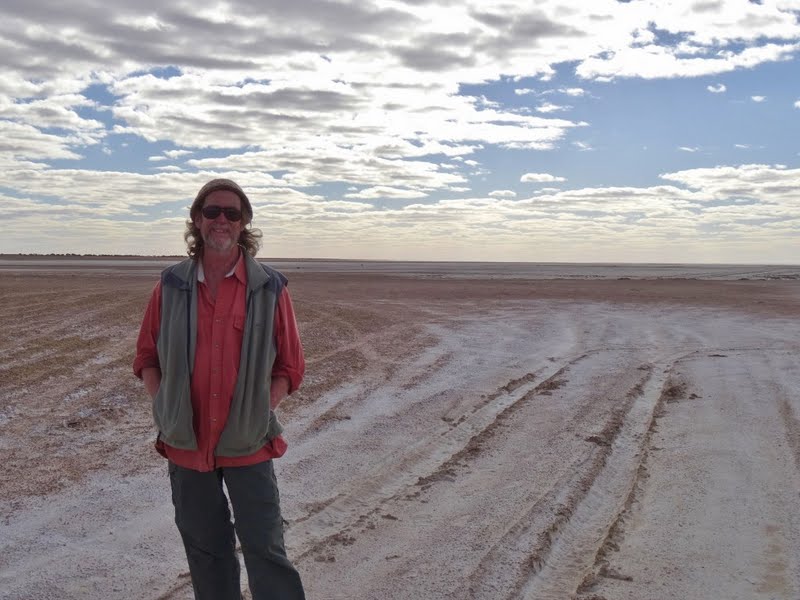 We found a great camp near a dam and had the place to ourselves (apart from some cows, who claimed it was their dam). Since we had plenty of firewood and plenty of stars, we stayed a couple of nights to take advantage of the peaceful surroundings. 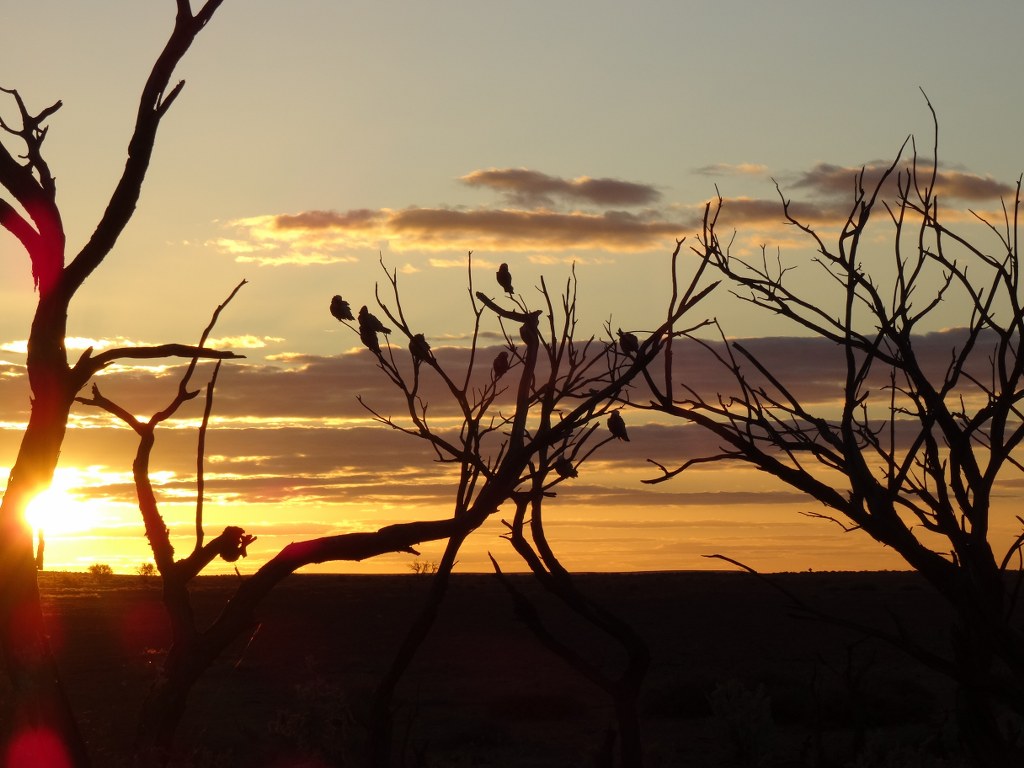 When we rejoined the track, we opted to take a detour at William Creek, to go and check out Coober Pedy and then the Painted Desert before venturing into the Oodnadatta CBD. 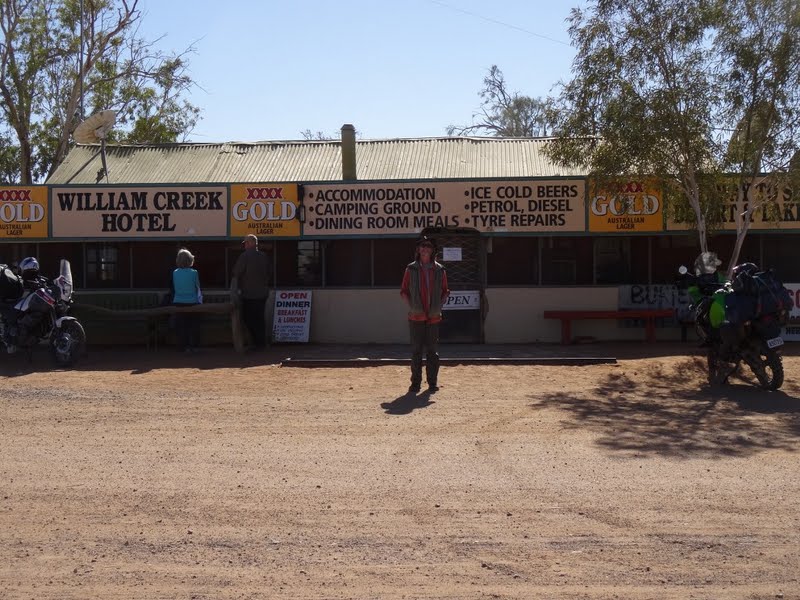 It was still early when we reached the William Creek pub, too early for beer, but we stopped to have a gander at the campground, pub and collection of crazy memorabilia and historical installations that pass for tourist attractions in the outback. 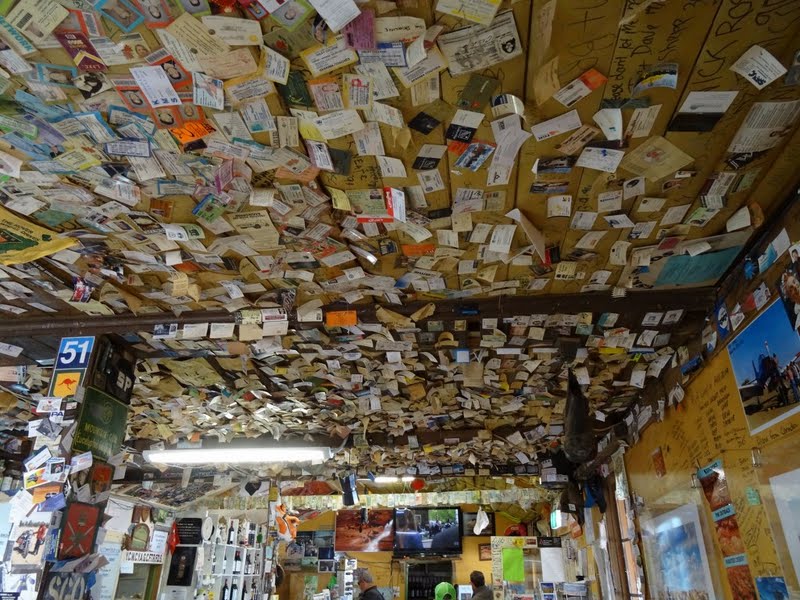 I got some travel suggestions and Rod straightened up one of the installations. He likes to be helpful like that. 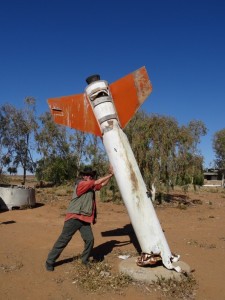 The drive from William Creek to Coober Pedy was filled with beautiful desert scenery. 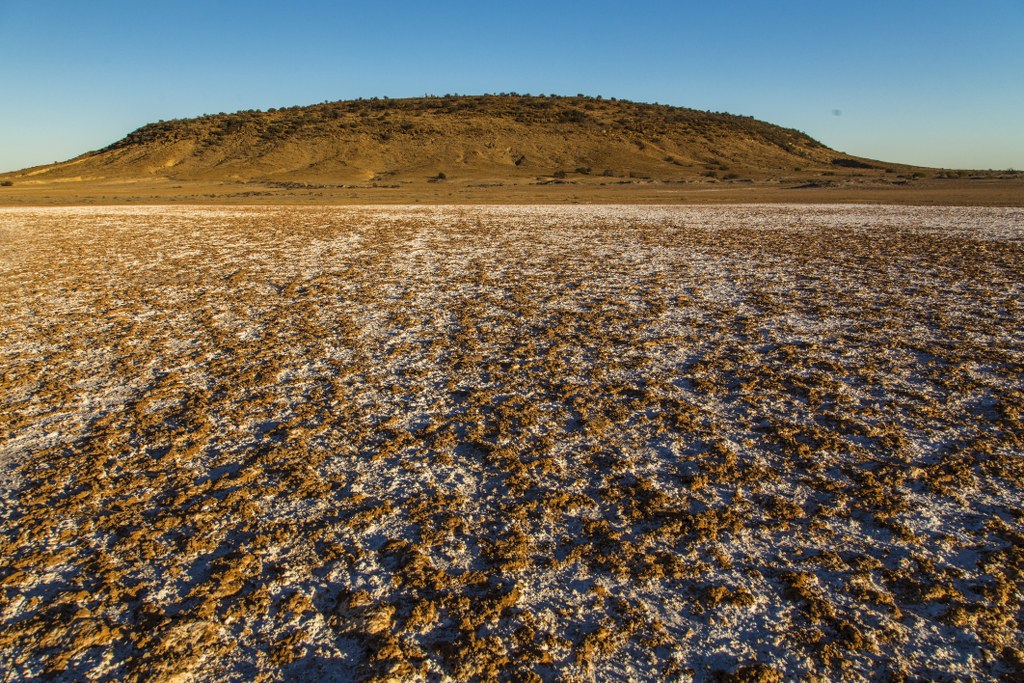 We found a decent free camp a little ways out of Coober Pedy, thanks to a chance meeting with another traveller who was staying there. He also gave us a big shock: our alcohol buying was going to be severely curtailed in Coober Pedy and everywhere else from here to Darwin. Why didn’t anyone else mention this?! 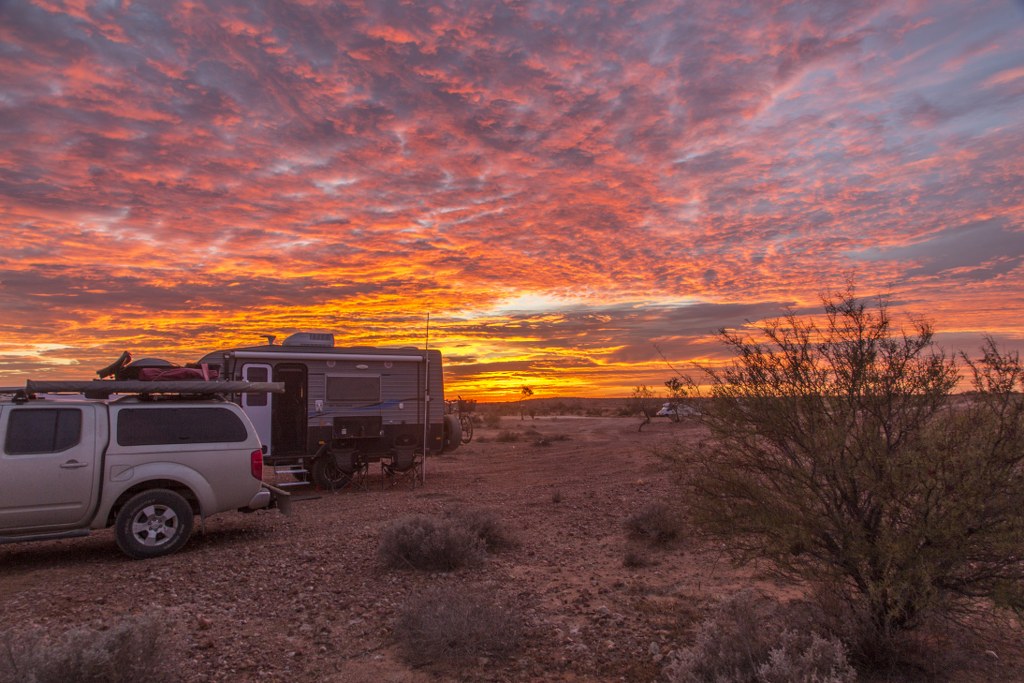 Once we were over our shock, we made certain adjustments and got on with checking out the weird and wonderful town of Coober Pedy. Considered the “opal capitol of the world,” it is also renowned for the large number of underground homes, called “dugouts,” a reaction to the extreme summer temperatures. 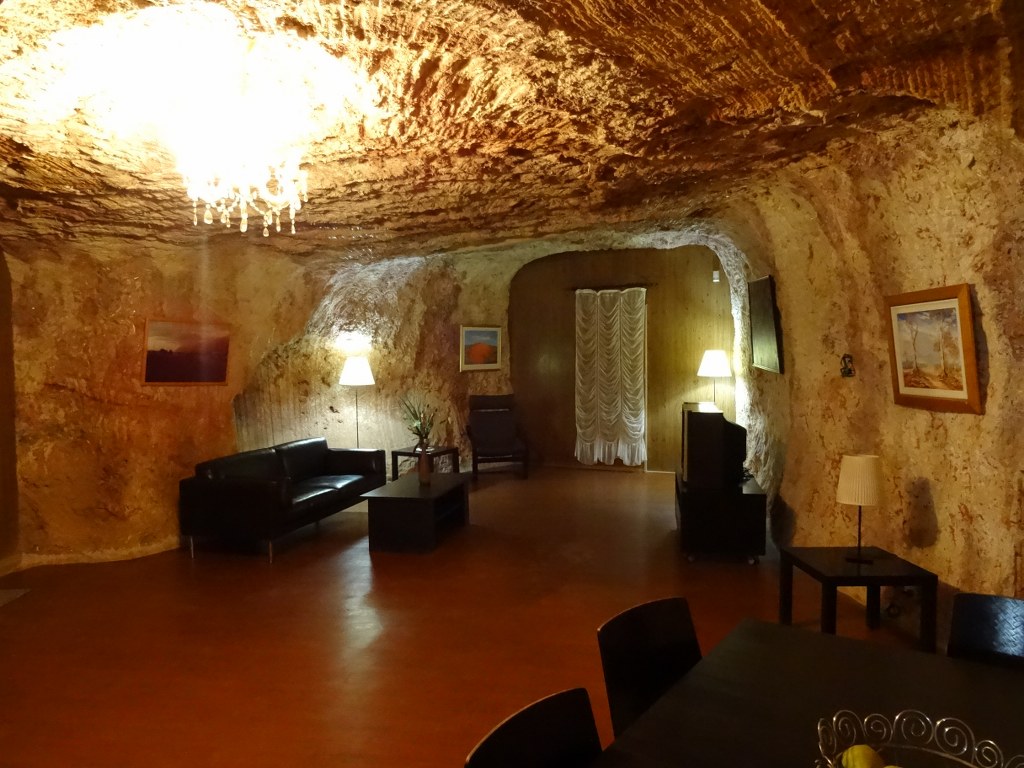 We took a tour of an old opal mine and dugout, and I must say, I could see the benefits of living inside a mountain. Constant temperature, no light pollution and no flies! However, I’m not sure if Coober Pedy is the place for us to settle down. 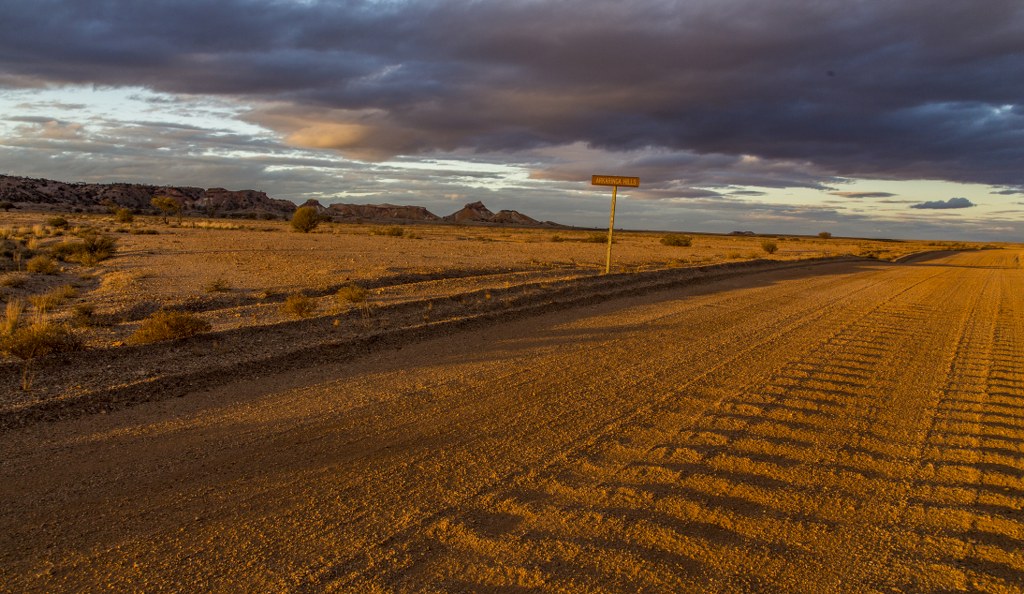 After Coober Pedy, we were headed to the Painted Desert, where we stayed at Arckaringa Station for a couple of nights, so we could thoroughly explore the fantastic contours and colours of this amazing geography.

And finally, the crown jewel of the Oodnadatta Track, the Pink Roadhouse in Oodnadatta. Which is basically a one-stop shop and café for travellers. But we did partake of a famous Oodna Burger, which was pretty yum.

One last night on the dirt, with wonderful backdrop of stars, and we were back in relative civilization and headed for the Northern Territory! 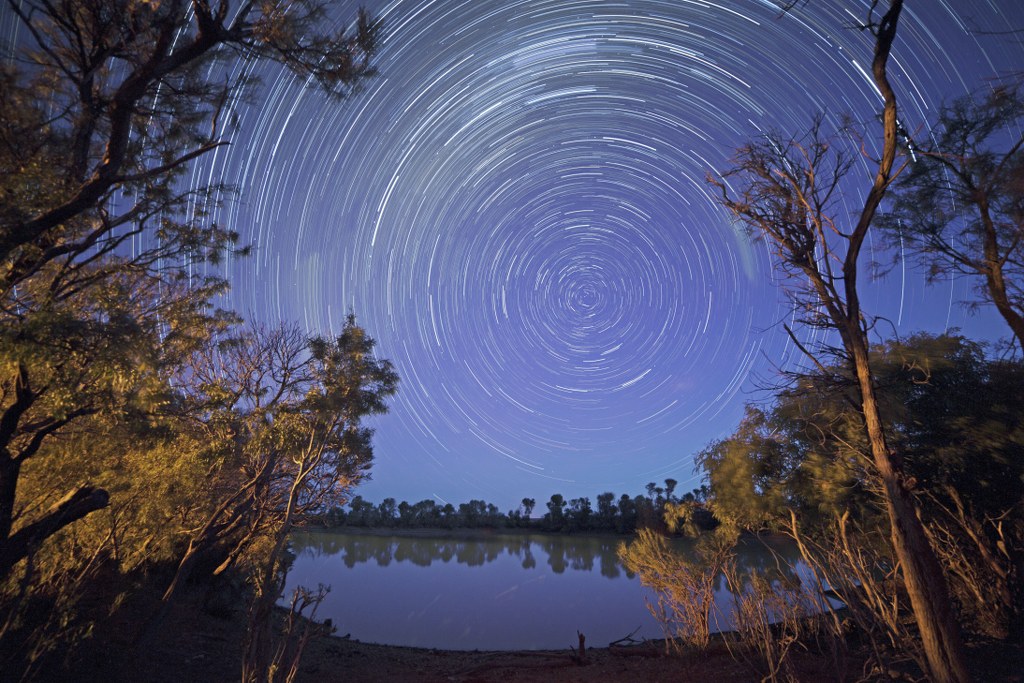