The Otways – by Diane

Apart from the iconic, over-photographed monoliths rising out of the ocean and the scenic seaside stretch of road between Apollo Bay and Lorne, the Great Ocean Road was a complete unknown for me, and not at all what I expected. 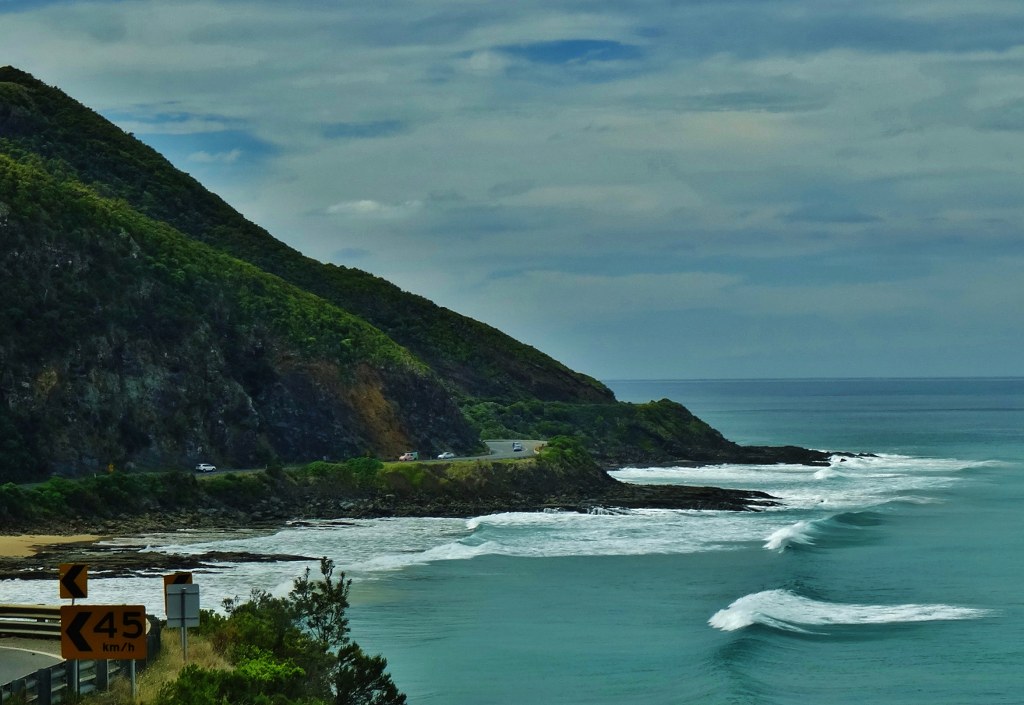 For instance, I had no idea how much of the route was inland, snaking through the rainforests north of Cape Otway, past tiny towns scattered around the fringes of the massive National Park, along rivers and across lush valleys and grassy rolling farmland.

I had never even heard the word Otway until my clever aunty found it on Google.

As in Tasmania, there was a broad diversity of landscapes and ecosystems at Cape Otway, along the Great Ocean Road. And diverse weather, too. 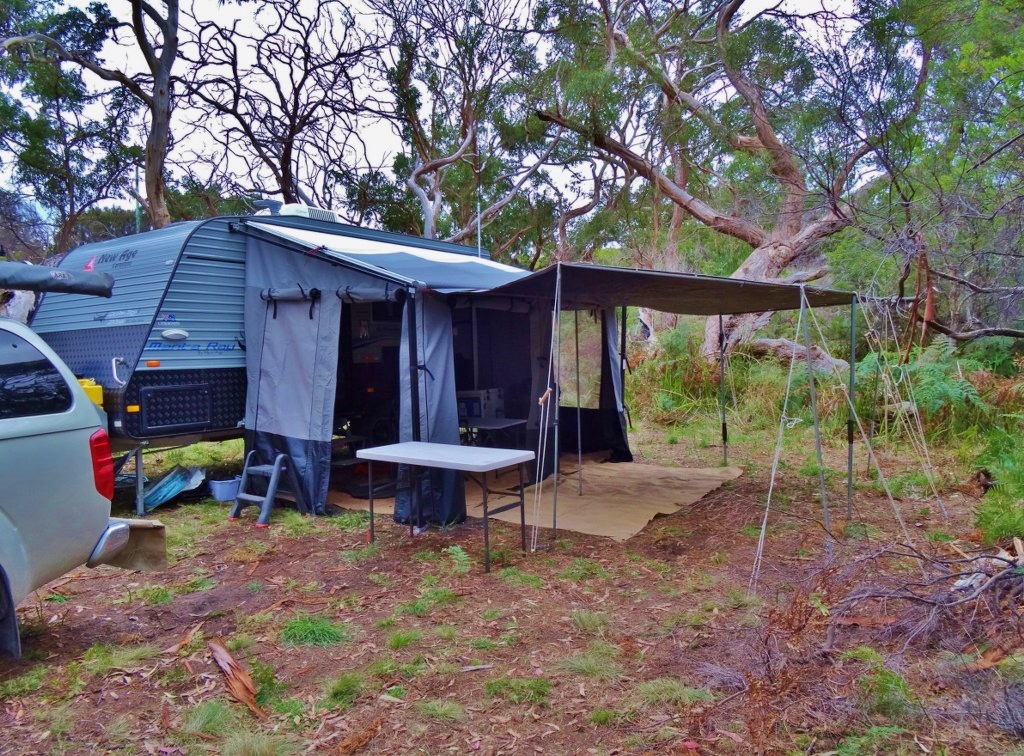 Wind, rain and c-c-cold. That was what greeted my Aunt Diane and Uncle Kevin on their arrival to Bimbi Park, but that didn’t stop us spending a wonderful, memorable week together. There were lots of campfires, walks, talks and food. Truth be told, there might have been the odd glass of wine consumed as well. 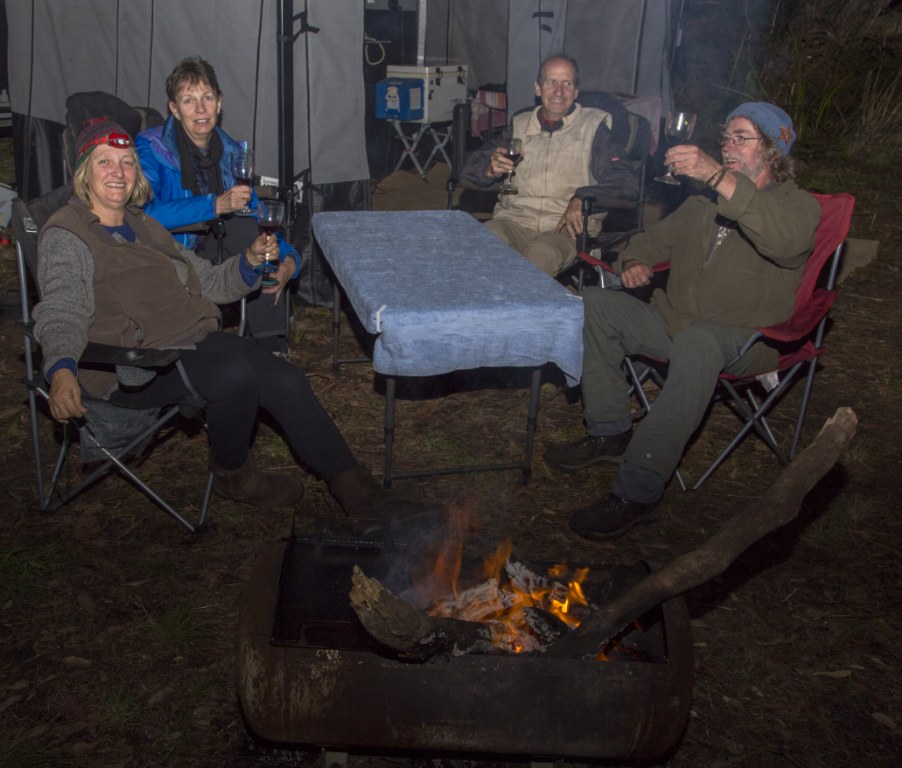 We had a wonderful time hiking to Station Beach, about 3km from our campsite, along the windswept Southern Ocean beach and on to Rainbow Falls. 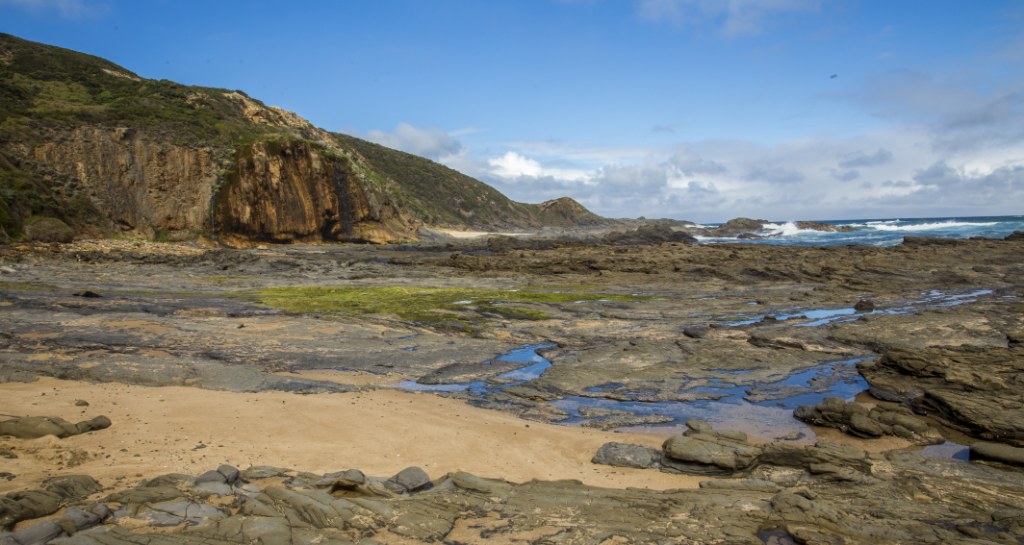 We were having such a good time clicking and jabbering away, we didn’t realise we were about to get dumped on by a squall, right at the furthest point on our walk (Naturally). Miraculously, the dark, swollen clouds slid out to sea and we merely ended up getting misted upon as we sheltered in a pretty overhang, eating lunch on the atmospheric beach. 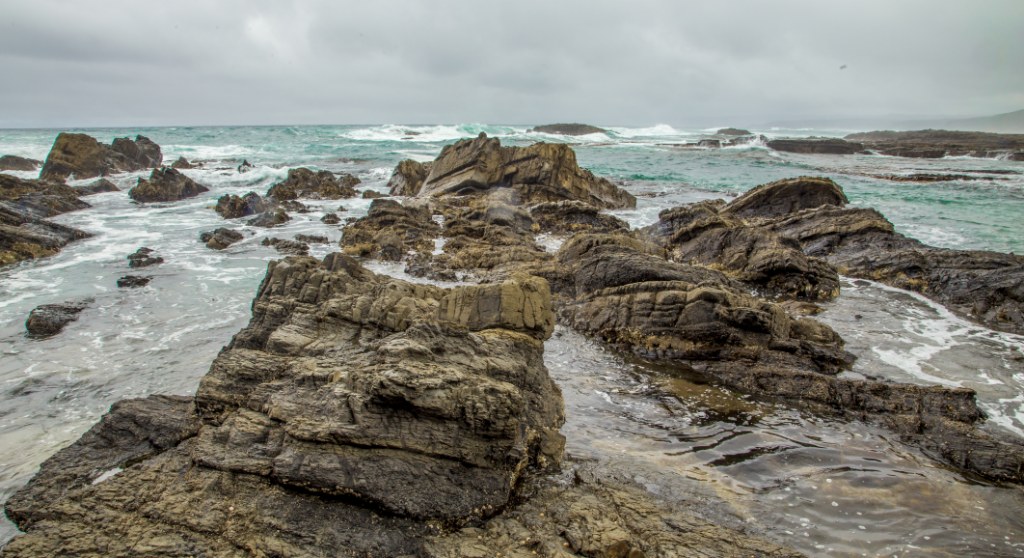 Gradually, the weather improved and we explored rainforests, waterfalls and rivers. Even a grove of California Redwoods! 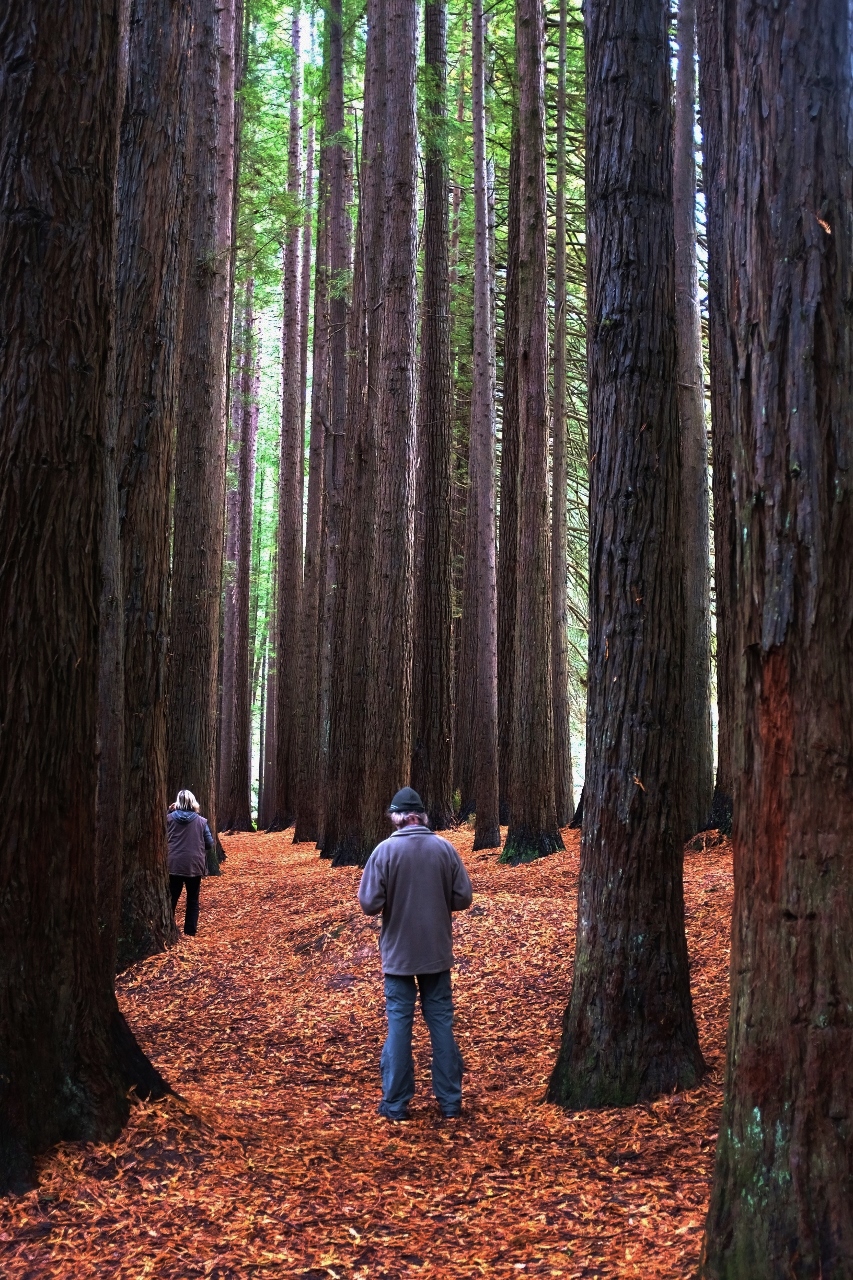 In our campsite, we were literally surrounded by koalas. At one point, there was at least one sleepy marsupial in every tree! 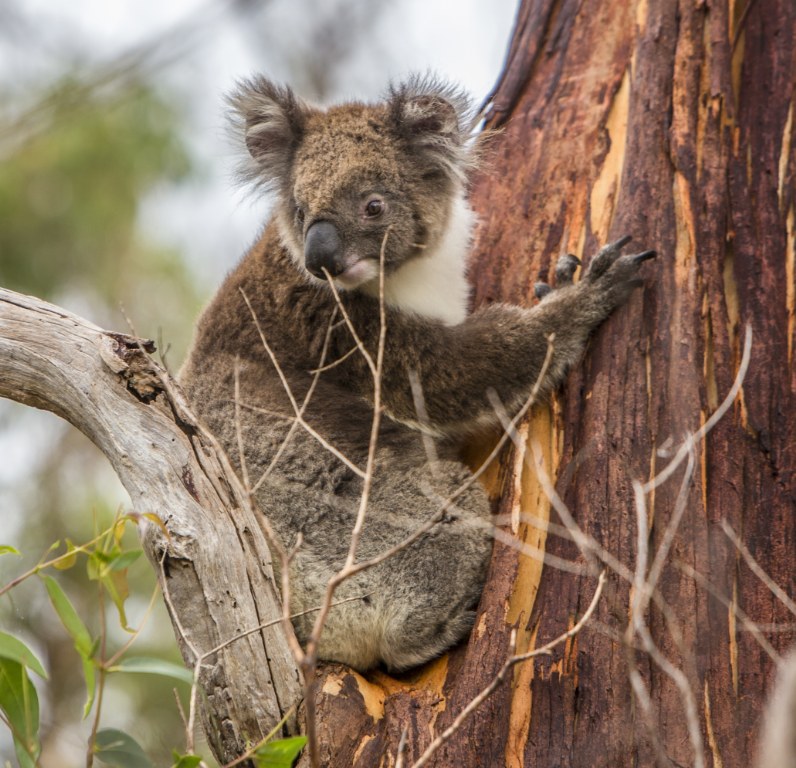 The Cape Otway area is famous not only for its abundance of koalas, but also the tourists that stop their cars in the middle of the road and wander around with their cameras pointing up into the trees, oblivious of the traffic. This was a phenomenon in itself, and when we stopped to take a couple photos of the tourists taking photos of the koalas, they gave us some strange looks. (The tourists, not the koalas.) 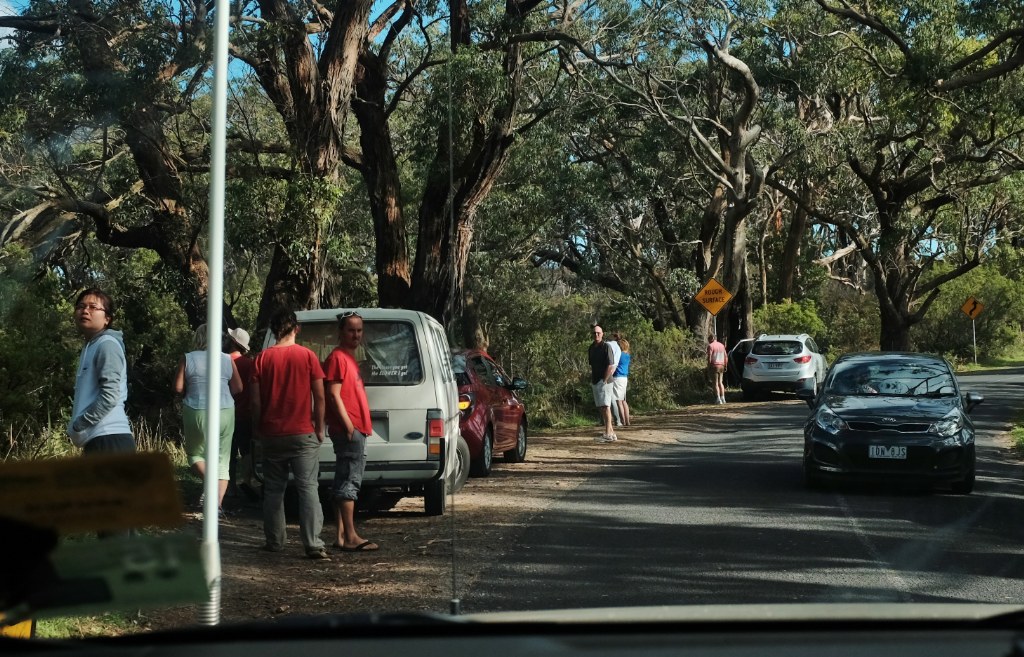 Yes, we are easily amused.

Though we are not used to company, and in fact, spend a considerable amount of energy avoiding other people, my aunty and uncle were a match made in heaven for us. It is hard to convey how special it was for me to have someone to share childhood stories, like normal people do. The formative years, you know. I couldn’t get enough of those, “remember when?” conversations. 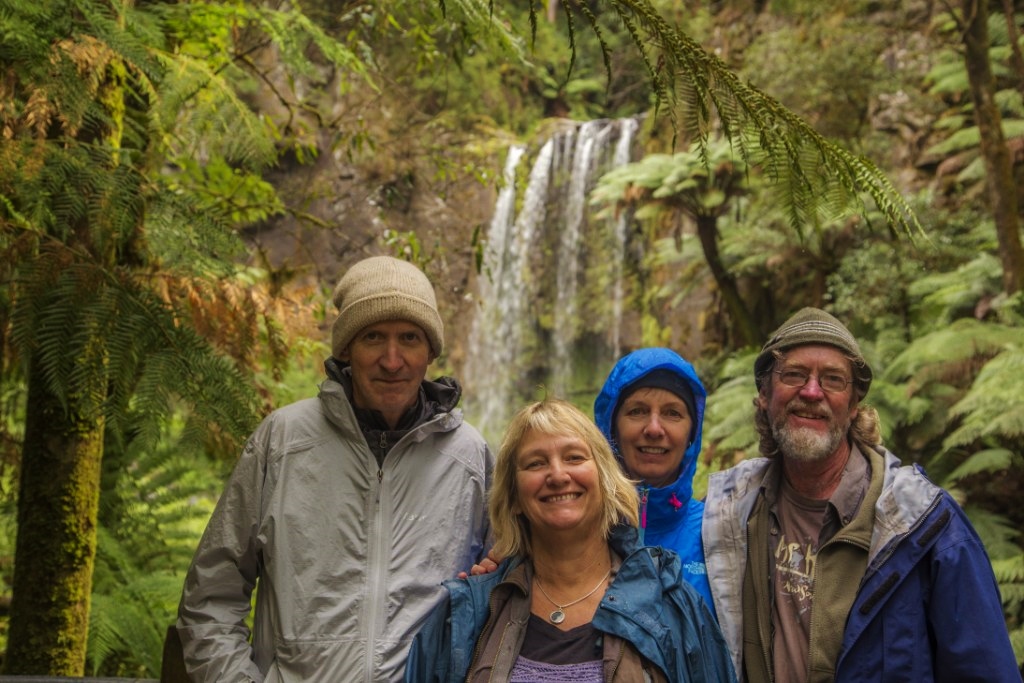 The bond was pretty much immediate, and not just between my aunty and I; Rod and Kevin found so much to talk about, sometimes they forgot we girls were there. It was a happy group of campers. Not that it wasn’t expected to be, but I don’t think any of us would have predicted such an instantaneous, warm and harmonious connection. 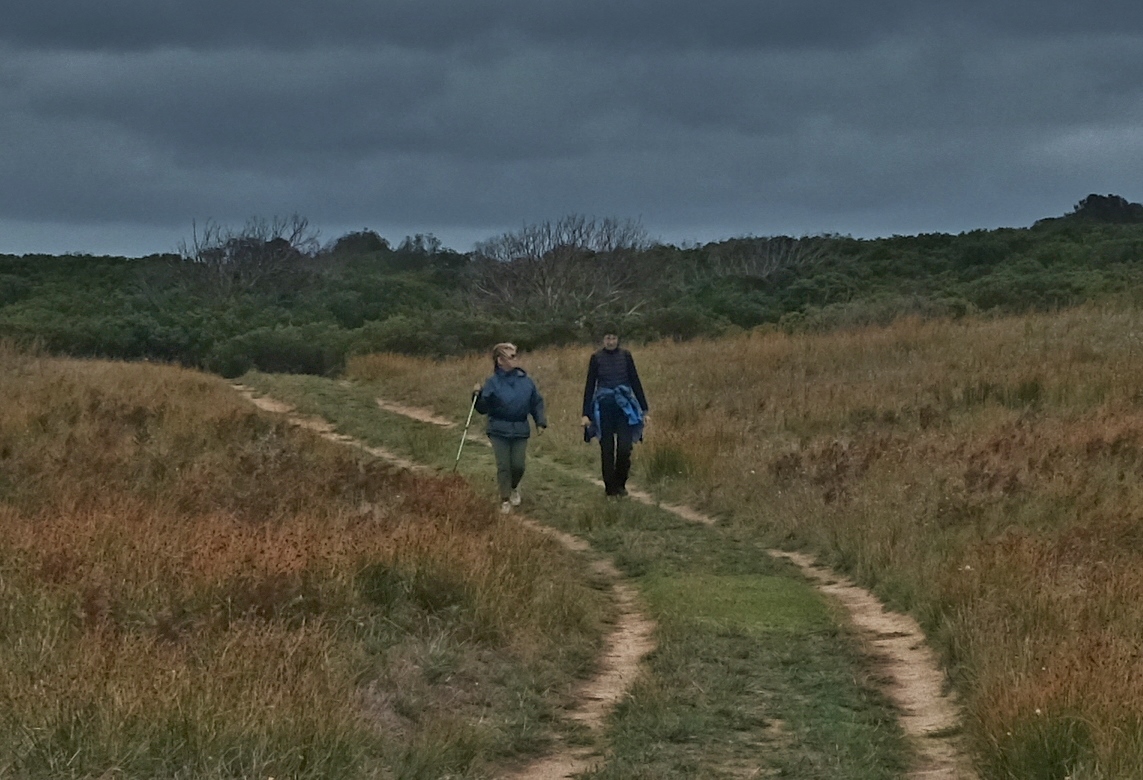 The downside is that we missed them as soon as their bus pulled away. 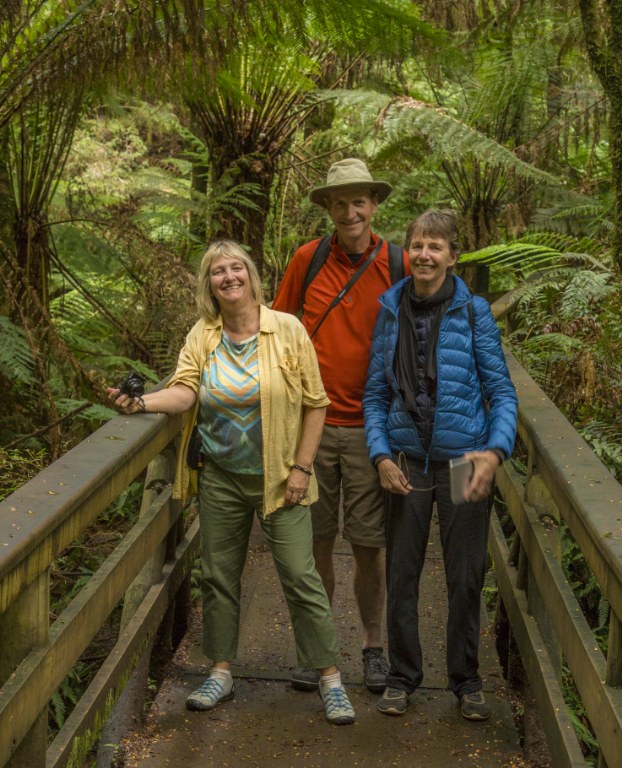