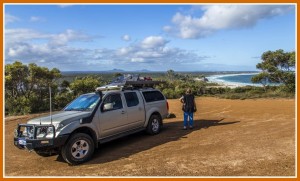 One adventure ends and another one begins.

After three productive, interesting weeks at Kojonup it was time to say farewell our hosts and relocate to Bremer Bay on the south coast. Darren and Rosie had very kindly offered us the use of their “beach house” not far from the small seaside town, nestled in amongst the coastal heath, a short walk to the ocean. 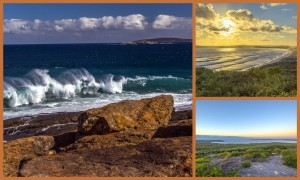 As soon as we arrived, we felt right at home. The weather was lovely and cool and the scenery was spectacular. We had the beaches and the magnificent coastline mostly to ourselves, as we had arrived right at the end of the school holidays, and the majority of tourists had cleared out. 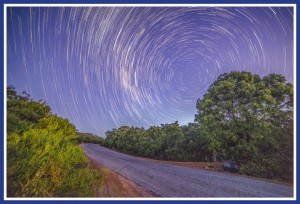 Bremer Bay is situated at the mouth of the Bremer River on the south coast of Western Australia, in the Great Southern region between Albany and Esperance. It is 515 kilometres southeast of Perth and 180 kilometres east of Albany, with a small population of around 240 people. 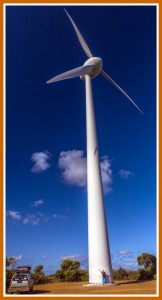 Interestingly, around 40% of the town’s electricity comes from a single wind turbine, the remainder supplied by diesel generators. Standing directly beneath this giant windmill, we were mesmerised by the massive spinning blades. In our short time in Western Australia, we have discovered that most of it is pretty windy, most of the time. Hopefully wind farms will become increasingly more common here in the near future.

We had heard from a fellow nomad that Fitzgerald River National Park was “one of his favourite places” in Australia. We were keen to check it out for ourselves to see what the appeal was. With approximately 15 per cent of the State’s described plant species, it is one of the largest and most botanically significant national parks in Australia. The park protects magnificent coastal scenery and is one of the most flora-rich conservation areas in Western Australia.

So we left Bremer Bay and relocated Leo and The Wombat to St Mary Inlet campground near Point Ann in “Fitzy” NP. The last forty-odd kilometres is dirt and can apparently be very corrugated at times. Luckily for us, the road had just been graded and made for a lovely drive through this magical scenery. 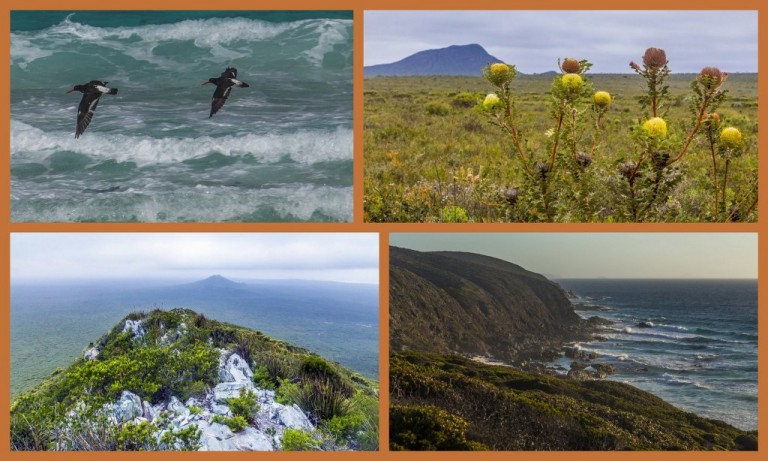 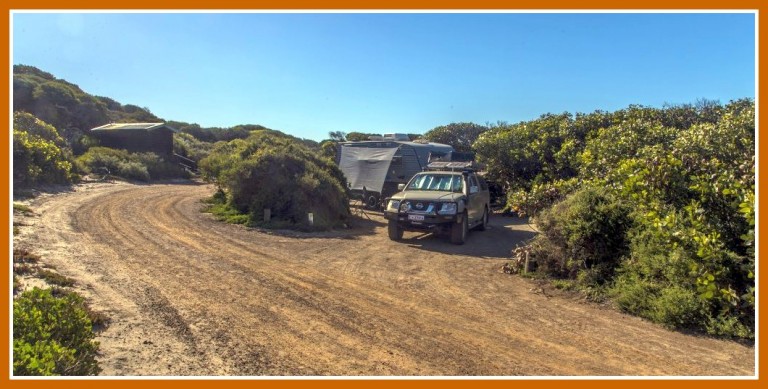 As usual, we managed to score, what we reckoned, was the best campsite there – protected from the wind, private and close to the beach. The campsite trifecta!

The campground is small, but the sites are nicely spread out, in amongst the trees. This layout meant that, for the five nights that we were camped there, it felt like we were there on our own. Another thing that we both enjoyed about being down on the south coast was the weather – warm (but not too hot) days and cool nights. While most Western Australians were sweltering in a 40-degree-plus heat wave, we were enjoying temperatures in the low 20’s, plus turquoise blue ocean waves.

Fitzgerald River National Park is huge and there is lots to see and do. Great walks, mountains to climb, 4×4 drives, heaps of spectacular vegetation, and beautiful pristine beaches that you could explore without seeing another person. Oh, and of course there were lots and lots of great photographic opportunities too. We loved it!! 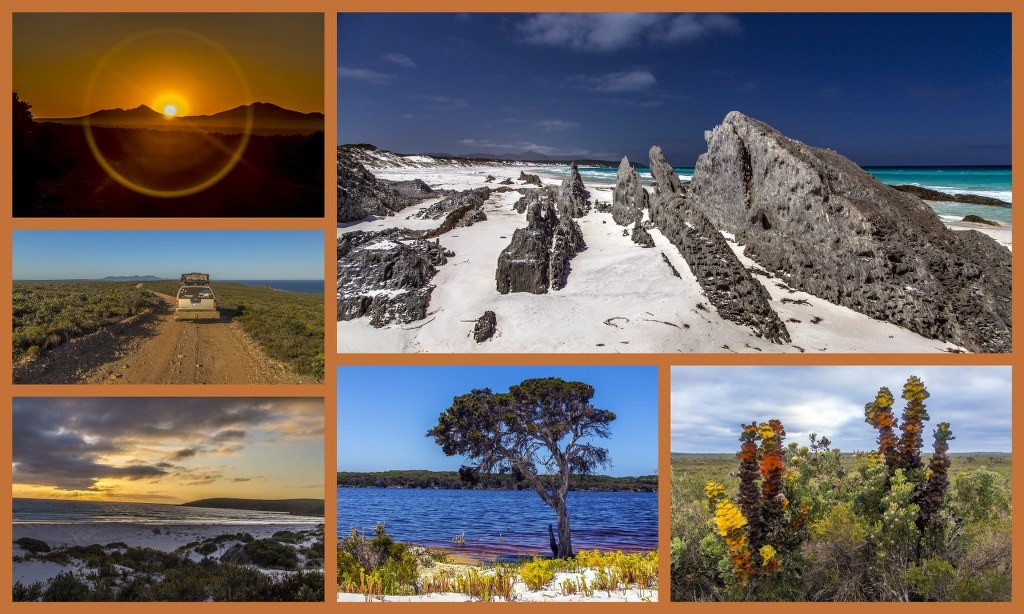 Finally, it was time to move on. Our calendar had been pretty much filled in for the next eight months amazingly. We only had a few days to get up to Harvey, south of Perth, for our next housesitting gig and there was lots to see along the way.

……..Maybe time for a few more photos before we go 😉 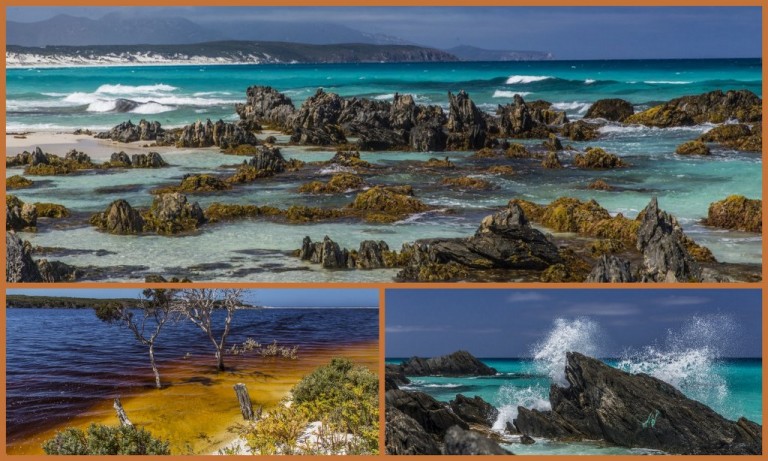 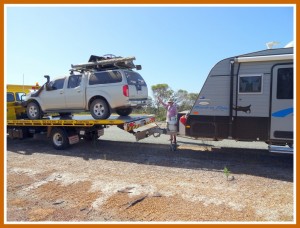 Life on the road can be full of surprises. You just never really know what awaits you around the next corner. As we headed out of the national park toward Albany and beyond, I looked down and noticed that Leo’s temperature was very high and the battery was not charging. Didn’t look good.

We pulled over and discovered that the pulley on the alternator had broken off, shredding the fan belt in the process. Bugger! We weren’t going anywhere in a hurry! Thankfully, we have NRMA Premium Care cover. A few phone calls and a bit of a wait and we were on our way again – with Leo on the bed of a tow truck and The Wombat rolling along behind.

It wasn’t quite how we had envisaged our day, but it all worked out pretty well in the end. We all got a free ride in a tow truck for the 200 km to Albany, put up in a motel for the night (just Dee and I) and the use of a car for the 24 hours ‘till we were back on the road again.

On the plus side, our little adventure gave us time to explore Albany. Even though neither of us are very keen city-dwellers, Albany had a nice atmosphere, nestled around the picturesque King George Sound. It felt more like a large county town than a city, and the people we met were very friendly and helpful. We will be back!

After Leo’s minor surgery, we still had a day up our sleeves to explore a little bit more around this neck of the woods. One of the many beautiful spots along this stretch of coast is the unusually named Two Peoples Bay. The name was derived from an incident in 1803 when an American whaling ship came to shelter in the bay at the same time as a French vessel that was exploring the coastline east of Albany. (I wonder if the indigenous Noongar people, who had already lived there for many thousands of years, refer to it as Three Peoples Bay.) 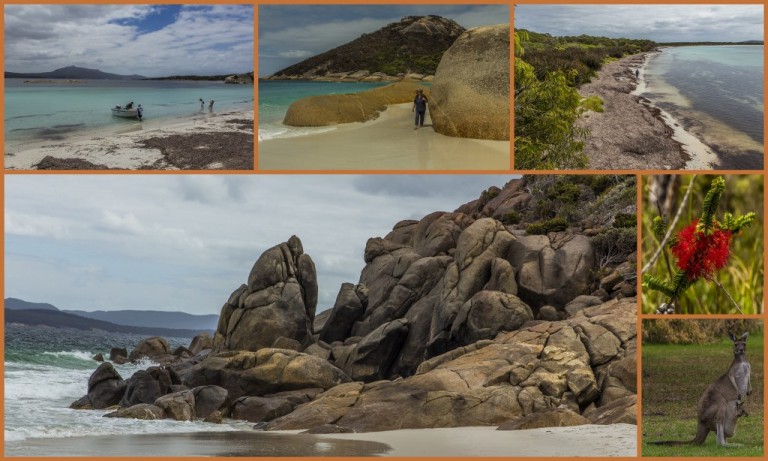 The drive along the coast west of Albany takes in the sweet country towns of Denmark, Walpole, Northcliffe, and Pemberton. The road also winds through the magnificent forests of giant Karri, Jarrah, Tuart, and Tingle trees. For our last night on the South Coast (for a while) we headed down to the aptly named village of Windy Harbour next to D’Entrecasteaux National Park. 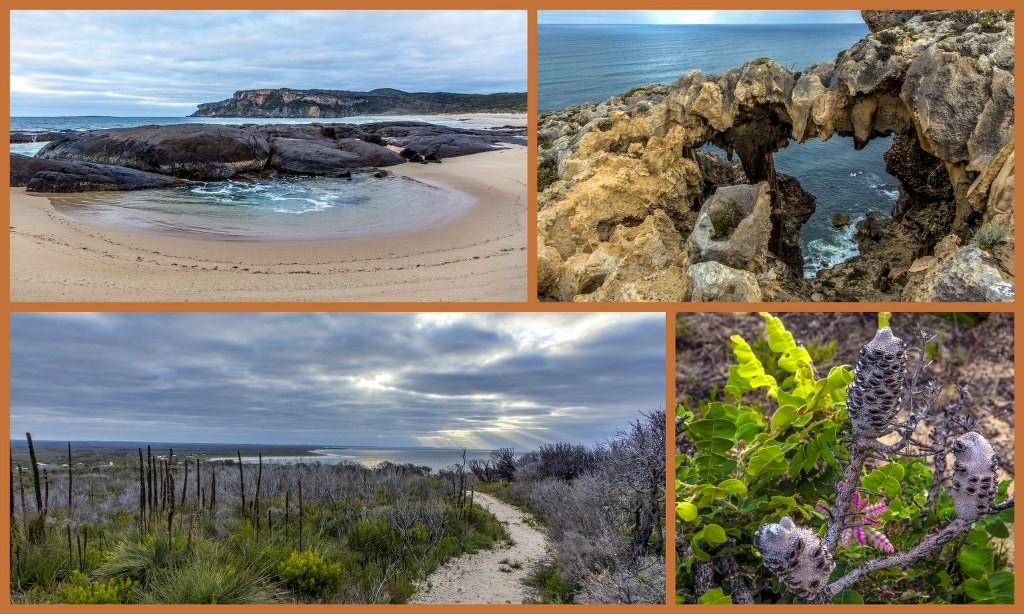 To be able to roll out of bed and stroll down to the beach to get to be greeted with such magical scenery…..I am continually grateful for the opportunity to be able to do this. 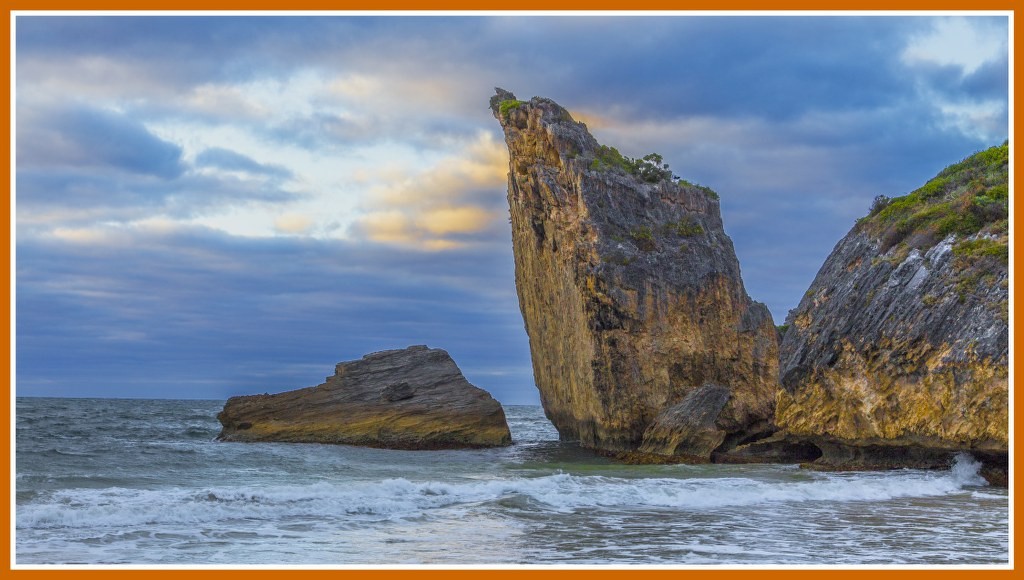 But it is time to head north. New experiences and adventures await us.

If you would like to see more of my photos of Fitzgerald River National Park click here .