Shark Bay is 2.2 million hectares of colourful, pristine, and diverse landscape. It is so rich in flora and fauna, beauty and biodiversity, it was given World Heritage listing in 1991. 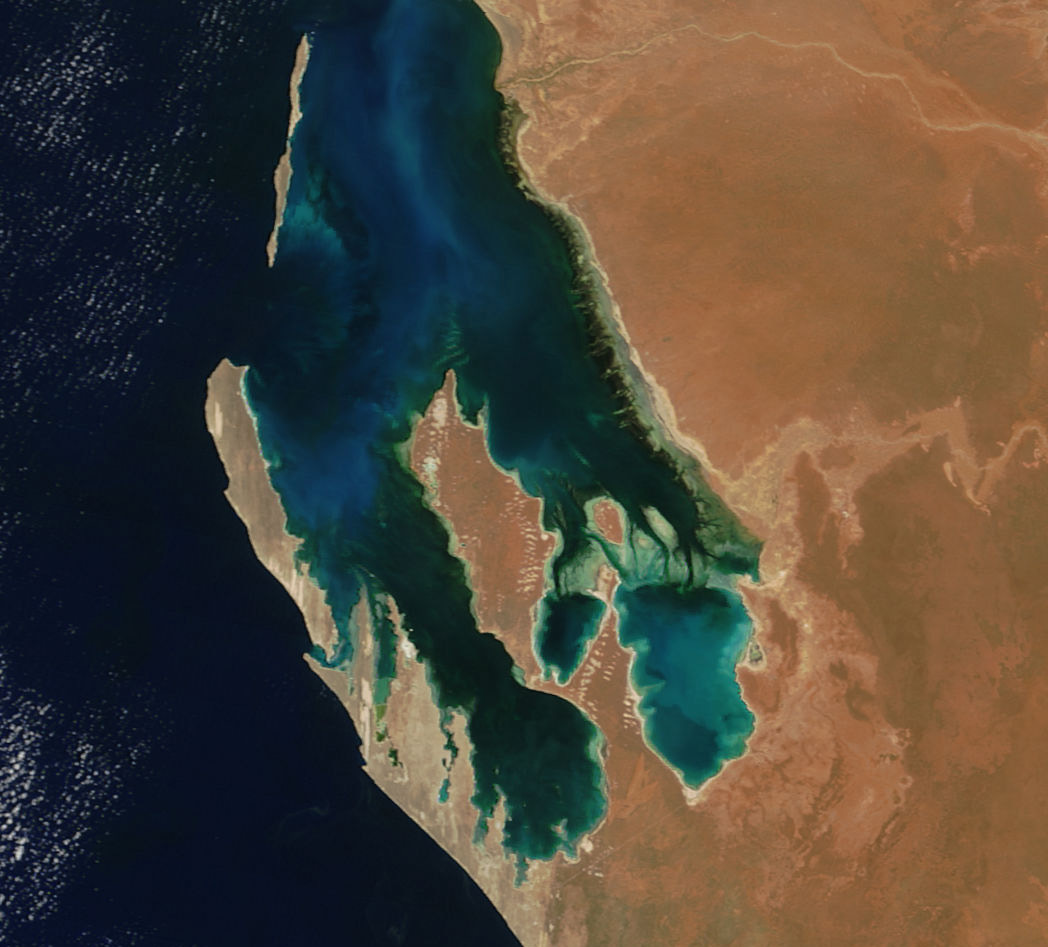 As we headed down the coast from Carnarvon, we stopped off for a couple of nights at Gladstone and got our first view of the iconic turquoise waters of the bay. During “the Season” (May to September), it is a popular campsite for travellers and fisher folk. But in mid-October, we just about had the place to ourselves. 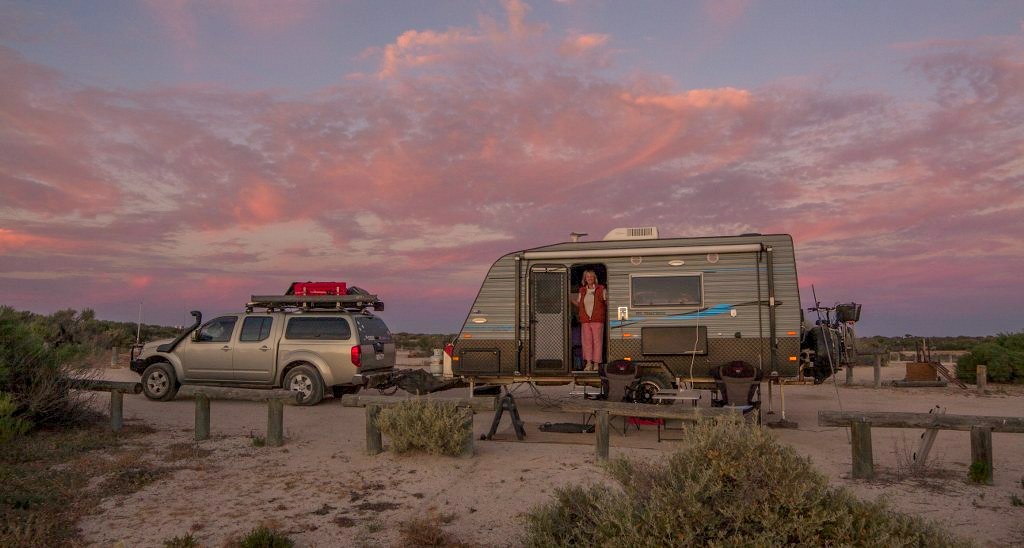 The history of Gladstone port and town dates back to the early 1900’s. It was an important site for many years before roads connected the area. Boats alighting at the jetty would cart wool and sandalwood to ports further south. The remains of the jetty and some small ruins can still be seen today. 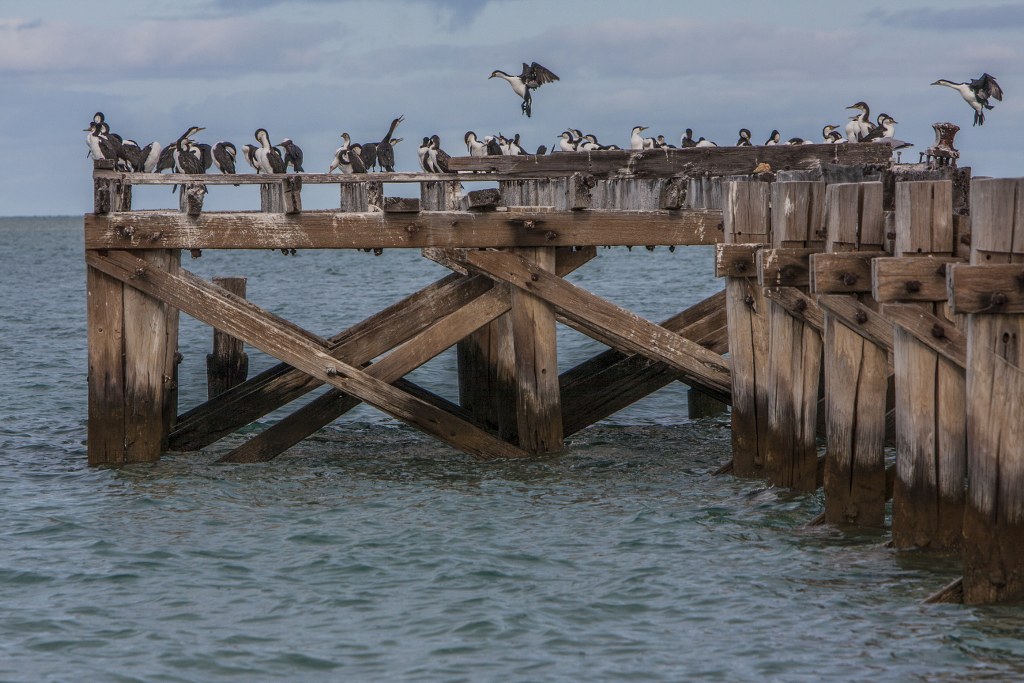 Hamelin Station, our next camp spot, was a working pastoral station until recently when it was bought by Bush Heritage Australia. Not only was it a lovely place to stay, the camp fees help to support the work that Bush Heritage are doing to rehabilitate the local environment.

A few kilometres away is Hamelin Pool, home to one of the few colonies of stromatolites in the world. These look for all the world like your average wet rock, but they contain some of the earliest forms of life that exist on the planet today. ‘it’s not the sight of stromatolites that makes them exciting. It’s the idea of them‘ – Bill Bryson

These rock-like structure are produced by the excretions of a type of blue-green algae that is thought to have originated some 3,500 million years ago and for 2,850 million years, they were the only evidence of life on the planet. The 50-odd species of cyanobacteria found at the Hamelin Pool site are the simplest form of single cell life known to exist. They are also very cooperative when it comes to being photographed! 🙂 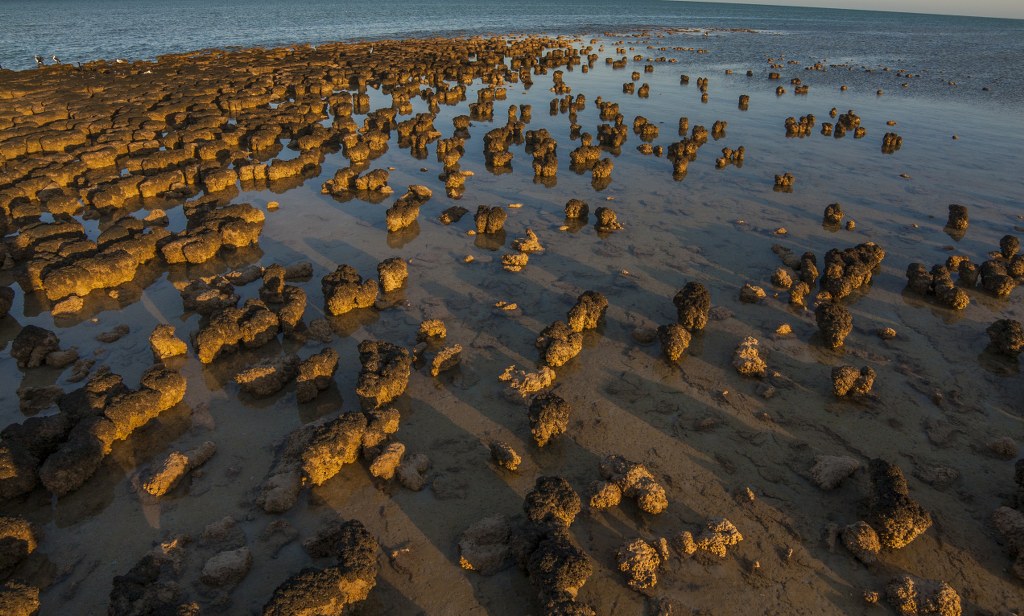 The road to Denham, on the Peron Peninsula, has stunning coastline views on both sides. On the way, we stopped off at Shell Beach, so named because…there are lots and lots of shells. The beach is covered with millions of cockle shells instead of sand. 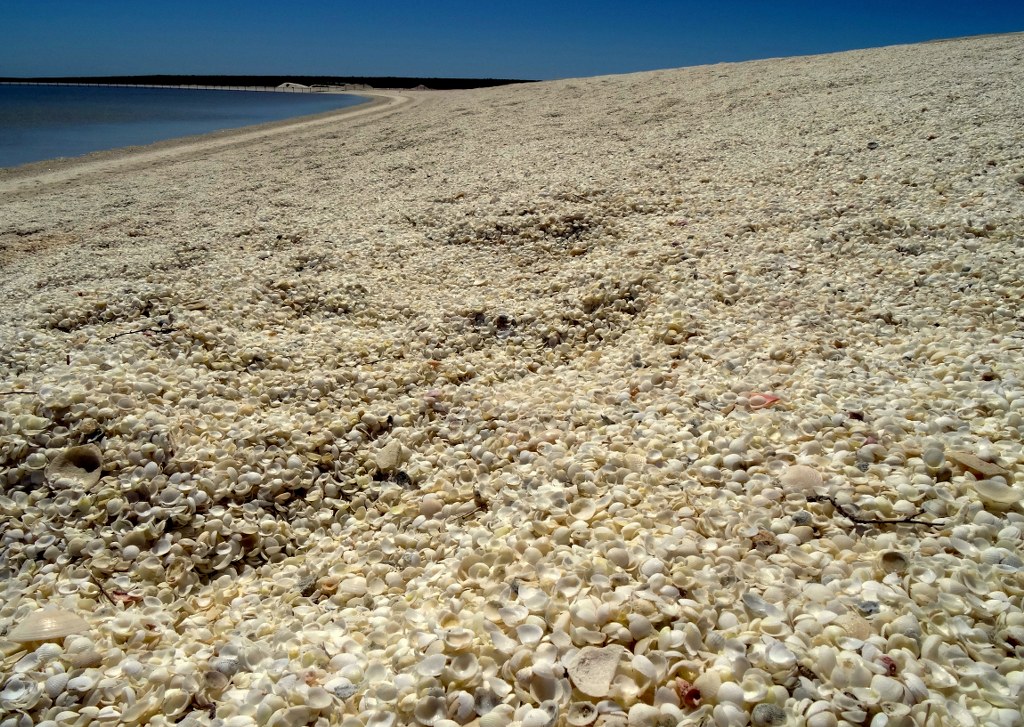 The water in the bay is very, very salty and to a cockle this is heaven. There are so many tiny cockles that have lived and died here that they have become compacted, solidified and have been cut up and used for building by early European settlers. Very handy, as there is a bit timber shortage in Shark Bay. 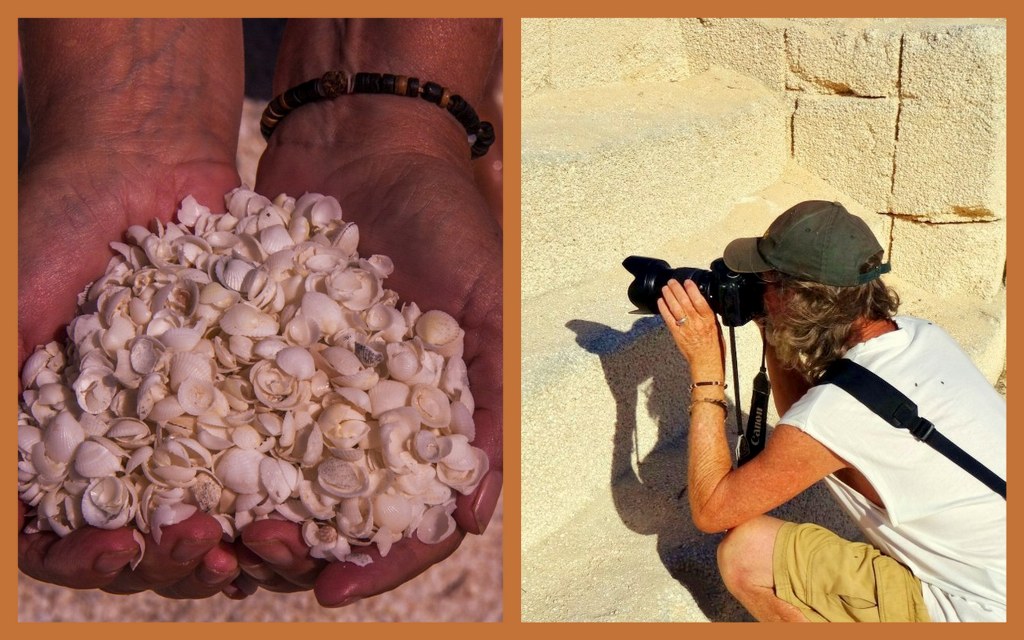 Denham is the only town in Shark Bay. It’s a sweet little town and a good base for exploring the northern part of the bay. We were keen to get up to the top of the peninsula in François Peron National Park, but the sandy track was not remotely Wombat-friendly, so we ended up doing a long exciting day trip through the sand dunes to Skipjack Point and Cape Peron. 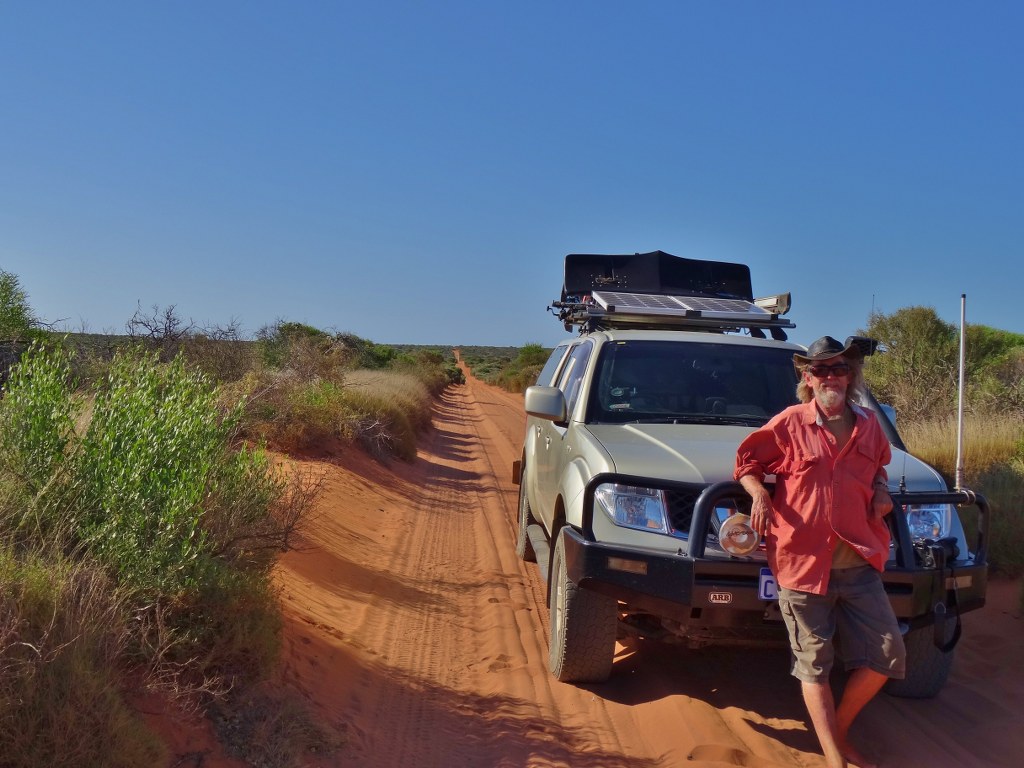 Most of the track was not too bad with a high clearance 4×4 and reduced tyre pressure, but there were some challenging sections. However, Leo and the crew navigated the tracks without any dramas and we had a wonderful time – getting to experience a part of the world that few people get to see.

Skipjack Point at the northern tip of the Peron peninsula is a beautiful, scenic cliff edge lookout, with views straight down into the crystal-clear turquoise water. We had been told of many animal sightings at the lookout, and we were not disappointed. We arrived early to deserted cliffs, calm seas and…a family of Dugongs splashing about directly below us! Yes, we were very excited! 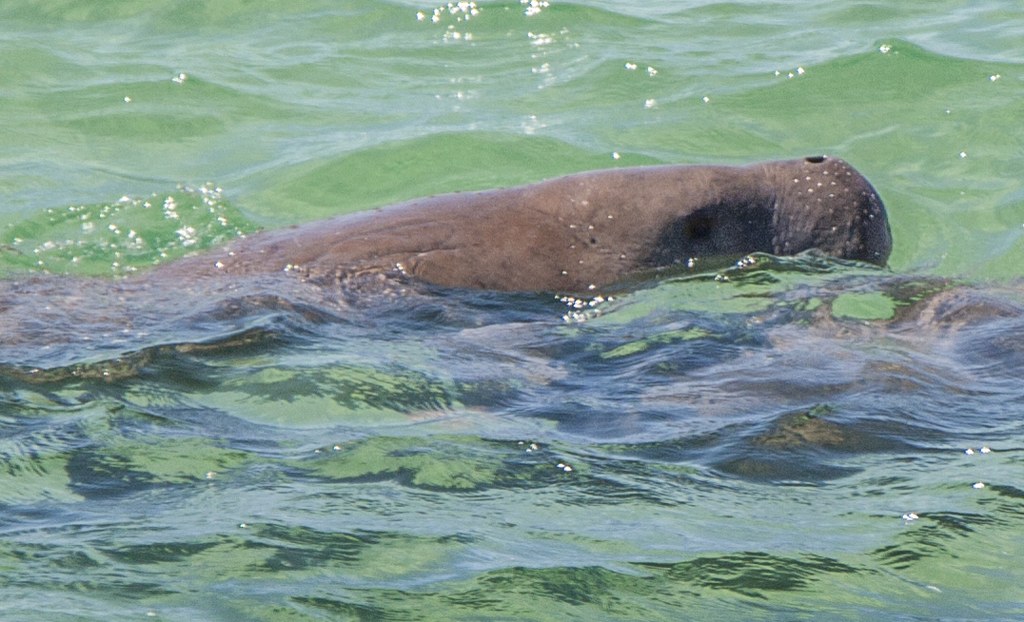 Dugongs, sometimes called ‘sea cows’ because of their exclusive diet of seagrass, are more closely related to elephants than any other marine mammals. They are becoming rarer due to loss of habitat and hunting (by humans and sharks) and are deemed to be ‘vulnerable’ to extinction.

The more we explored Shark Bay, the more we came to understand how it got its name. The buggers are everywhere! This one is called a Nervous Shark. I am not sure if that is because of his nature, or because of how he made me feel when swimming. 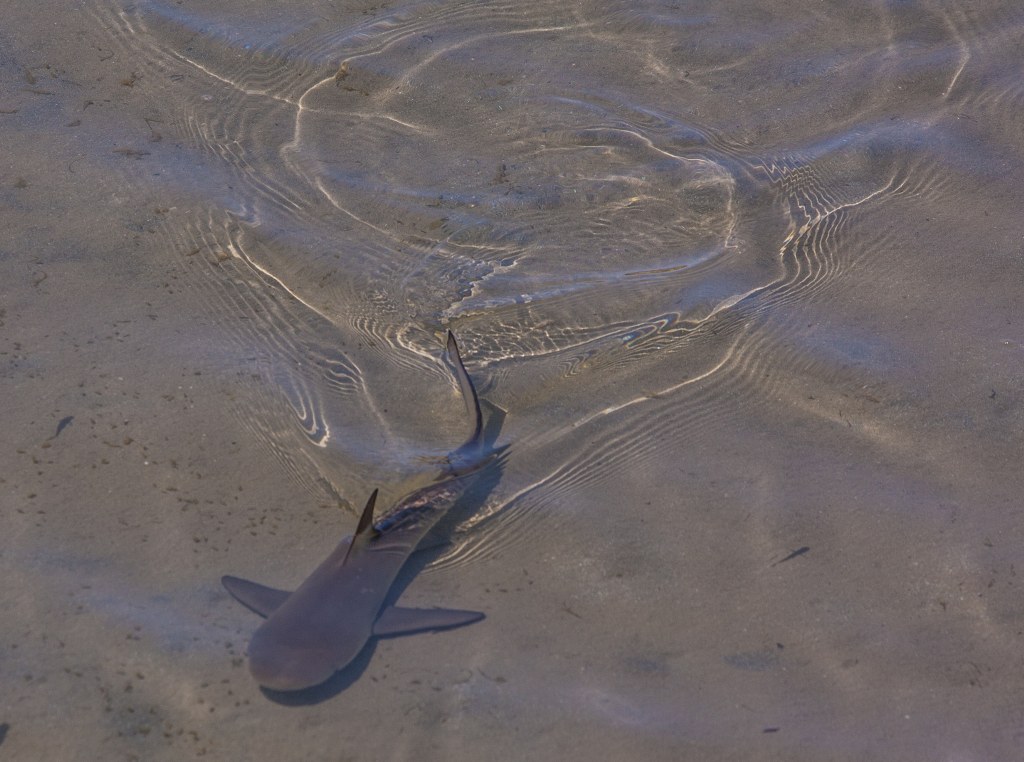 On our way back down the coast we stopped off  for lunch and were treated to an astonishing sight. Thousands of pied cormorants hanging out on a rocky cove and dining out on the abundant fish population. 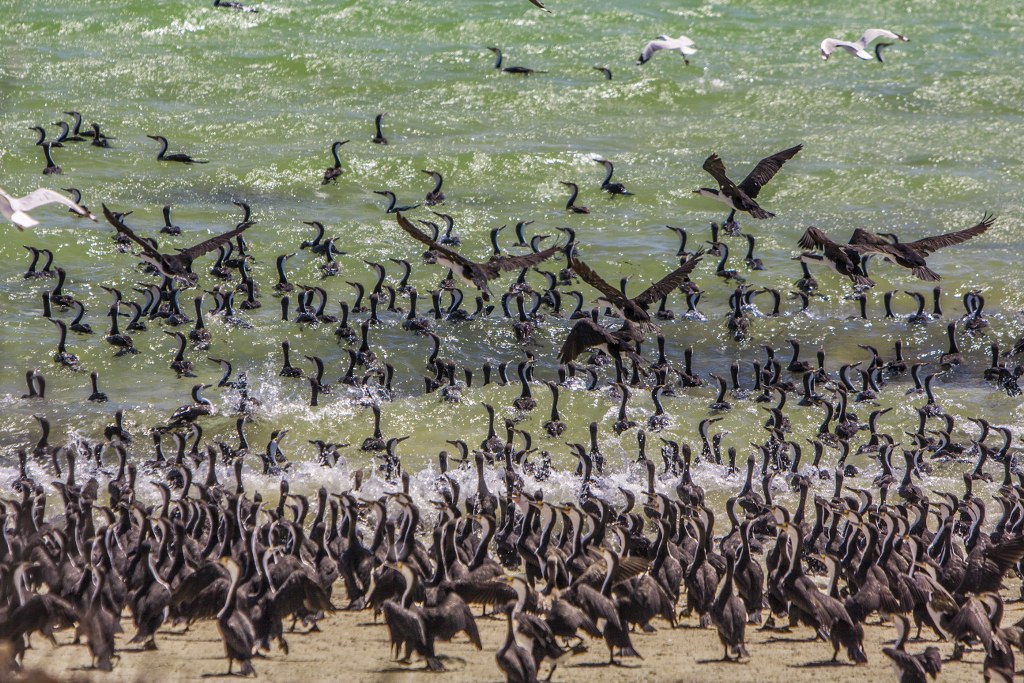 Before setting out on our journey, we had visited the most easterly point in Australia, Byron Bay, on many occasions. We have travelled almost 40,000 km since then and have had the pleasure of being the most southerly people in Australia at Southeast Cape in Tasmania early in 2015.

While in Shark Bay we were in striking distance to the most westerly point of mainland Australia–however, it is a bit of an adventure to get there. The nearest service station is over 200kms away and there is over 100 kms of dirt road, the last 40 km of which is high-clearance 4×4-accessible only. 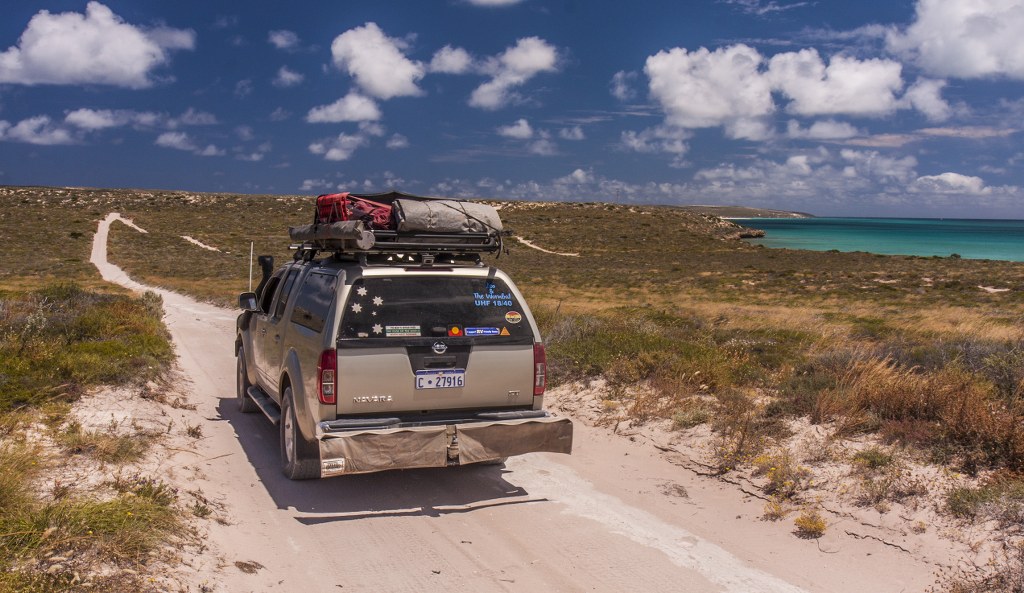 We left The Wombat at ‘Three Bays’ on Tamala Station, the closest place we could access with the van. It was a truly magical, remote and peaceful camping spot. We had our own private beach right on Shark Bay with spectacular views. 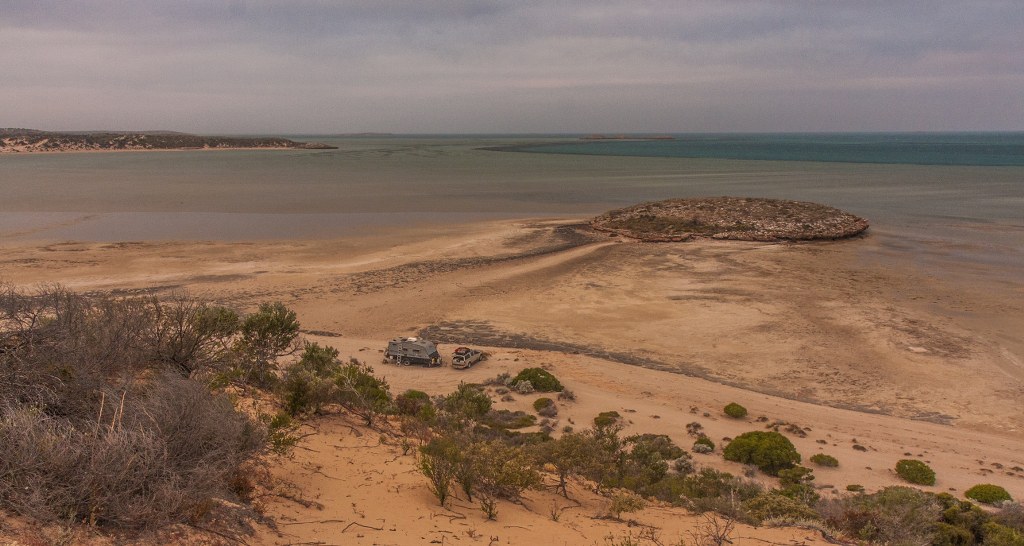 Some of the soft sandy sections over the dunes were quite challenging, but once again Leo got us there and back without getting stuck. It was also lucky that there was virtually no oncoming traffic, especially in places where stopping was not an option. 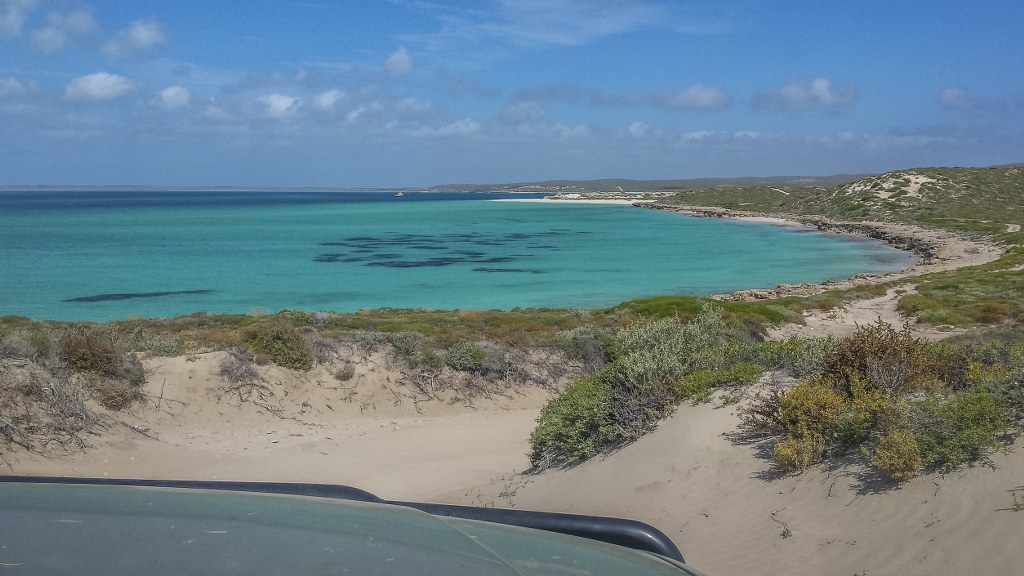 Arriving at Steep Point was so exciting. We were now real “Westies” – the most westerly people on mainland Australia. We even had enough reception briefly to post it on Facebook to tell the world where we were. How cool is that?

It was hard to drag ourselves away from Shark Bay. There were many magic moments that I will always remember. 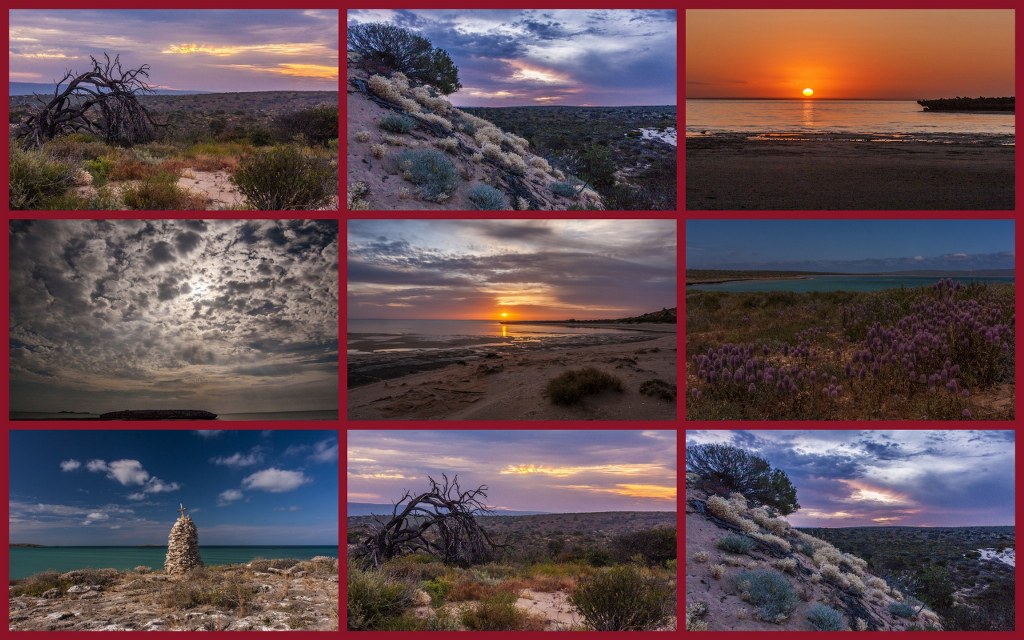 However, we were running out of water, food, fuel, and most importantly, wine. It was time to move on!