It was a long, boring drive to Exmouth, gateway to Cape Range National Park and world famous Ningaloo Reef. 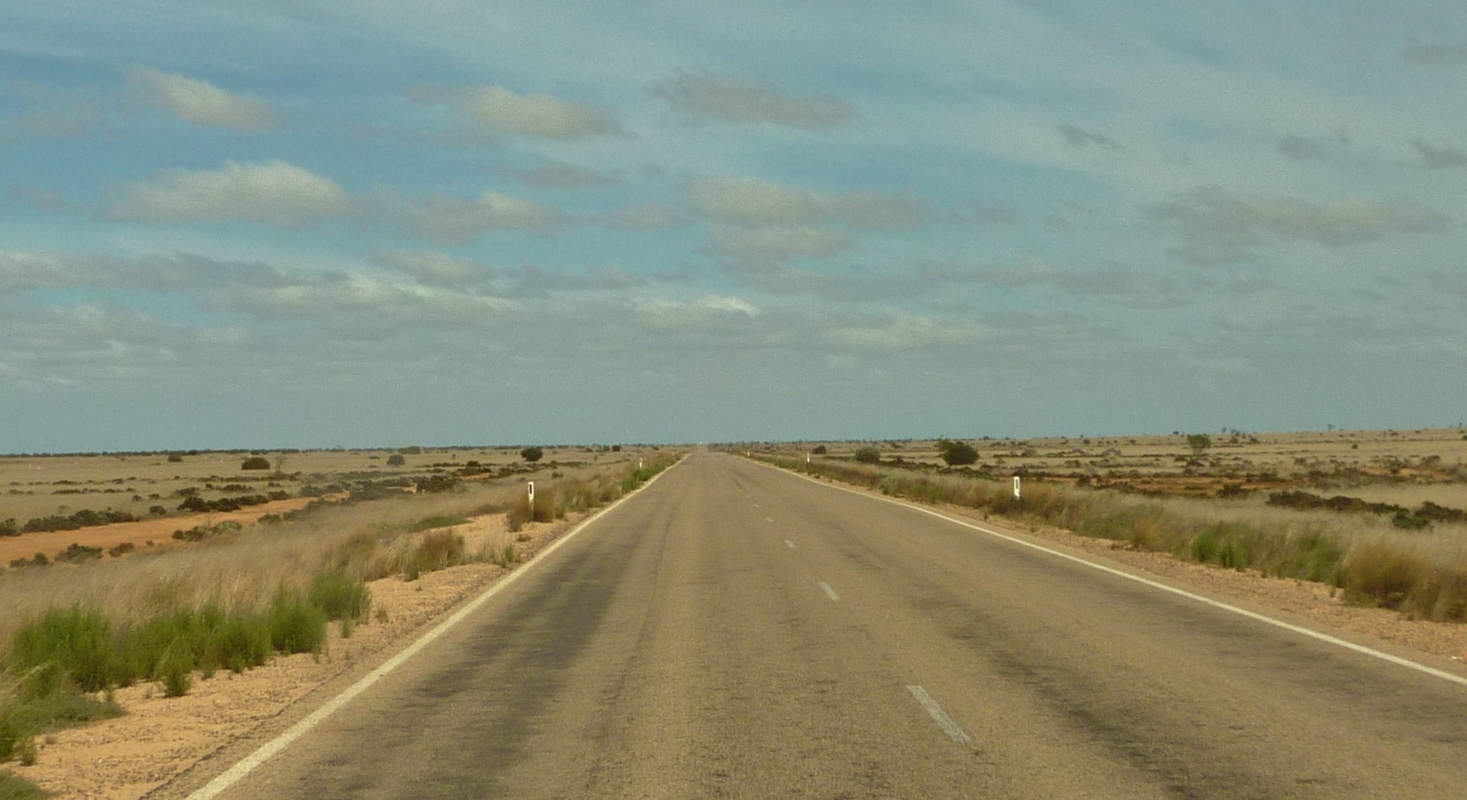 First impression: a big Thumbs Down. There was a real uptight, “don’t touch anything” culture in Exmouth and, according to everyone we asked, a slim chance of getting a campsite in the ridiculously popular National Park and no free or cheap camping anywhere else. 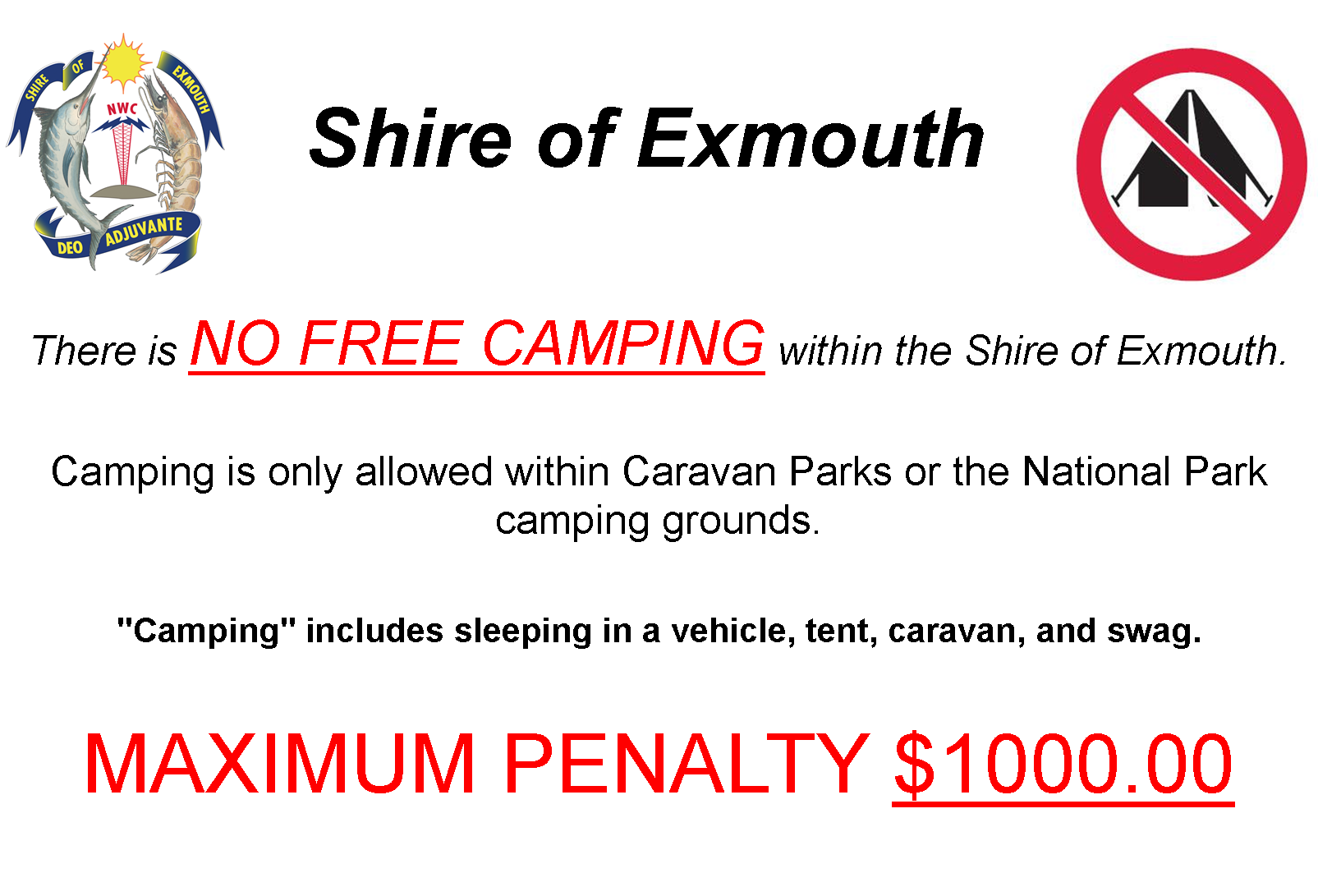 Apparently, the only way to get a national park campsite was to rock up to the entry gate at 6am and wait for the gate to open (with all the other beggars) to find out if they could please fit you in to one of the few campgrounds that do not require pre-booking online. Yuck. Definitely not our kind of camping.

We decided to stay at Yardie Homestead Caravan Park for a couple of nights while we checked the “scene.” It was expensive, but relaxed and low-key, better than our perception of the overcrowded campgrounds in the National Park.

Well, we were wrong. When we got to the entry gate, we were informed there were still spots left, went to check it out and found ourselves a great spot in Ned’s Camp, a small, very laid-back campground, tucked into the dunes, protected from the worst of the wind, and RIGHT on the beach.

We ended up staying there for two weeks, one of our longest “stints.” The other campers were friendly and casual and the ambience was so relaxing. We had some very pleasant chats around camp and at the renowned “Ned’s Camp Happy Hour” gatherings, and met some nice and interesting people, some of whom we will meet again in when we get to Perth in November. 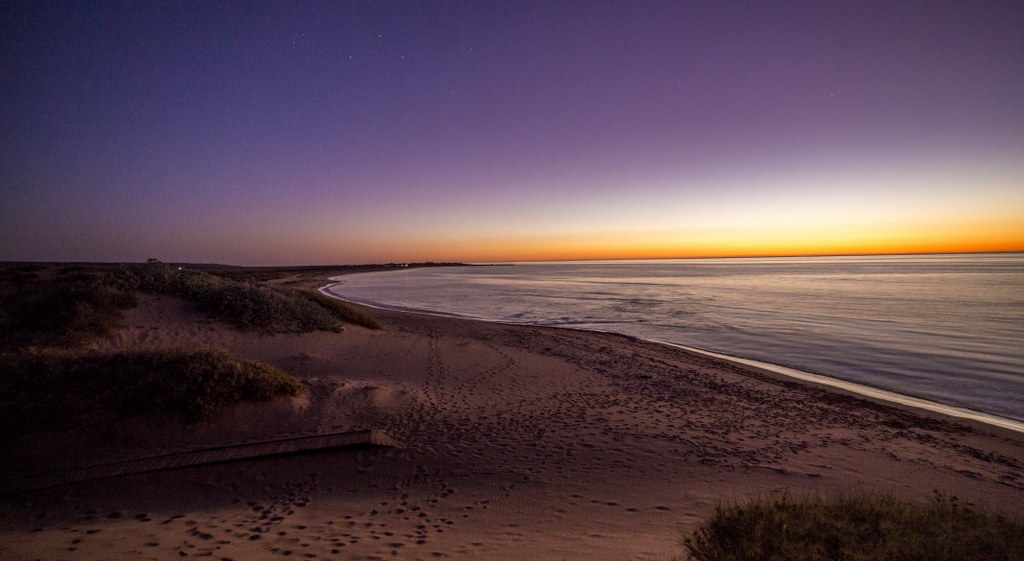 The main attraction at Cape Range NP is Ningaloo Reef, but there are also some lovely gorges in the hills, including Yardie Creek, where we went walking and kayaking. 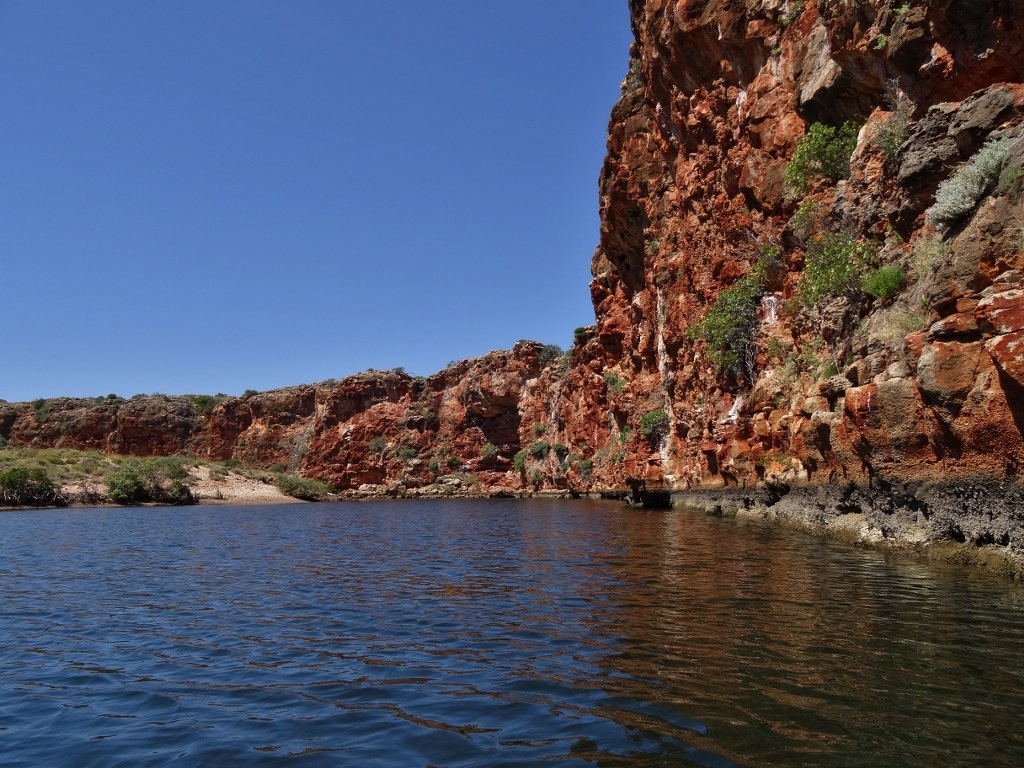 We got to see lots of local birdlife up close and were even lucky enough to catch some rare Black Footed Rock Wallabies that hang around the gorge. 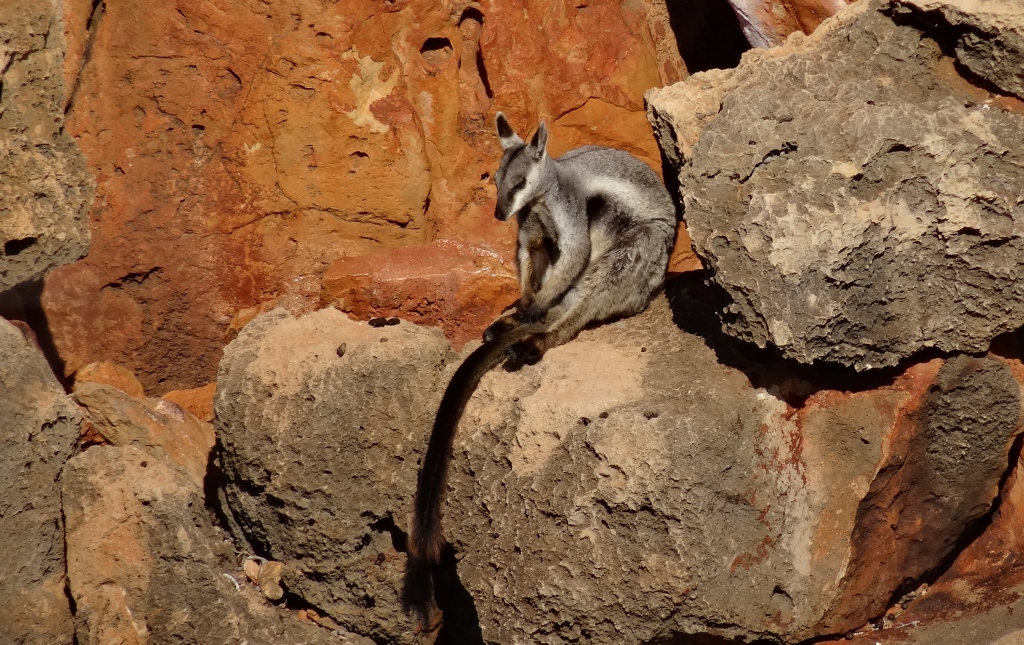 We weren’t there at the right time for the nesting or hatching of the three species of sea turtles that inhabit Ningaloo Reef, but we did get to swim around with the beautiful, graceful sea creatures when we were snorkelling.

Snorkel, snorkel, snorkel. I couldn’t get enough of the underwater magic at Ningaloo Reef. The water was crystal clear and deep shades of blue and turquoise, but under the water—my god, it was like swimming in an animated Pixar movie. (Hey, they should make one about a fish.)

Tides and windy weather prevented us from snorkelling all day, every day, which was good. Otherwise, I would never have left.

The best place to snorkel was Oyster Stacks, which should only be done at high tide over 1.2m, because it is shallow and there is a risk of damaging the coral or yourself. The water was very clear, and the coral came right up to the shoreline. So, you could slip on your gear, fall into the water, and there were the cartoon Pixar fish, right there in your face! It was one of the most amazing experiences of my life.

We also snorkelled at Turquoise Bay, Lakeside and Coral Bay with mixed experiences. Sometimes the current would make the water appear “cloudy” and it was more difficult to see where the coral and fish were, especially in deeper water. The cloudy water didn’t stop us from getting a bit of a shock when we saw this familiar shape only a couple of metres away! 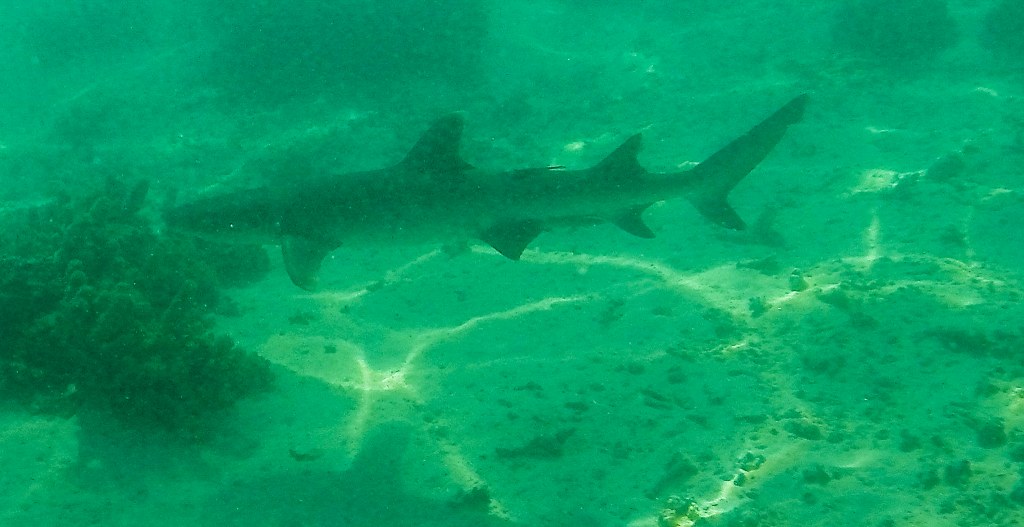 When we return to the reef one day, we intend to time our visit with the arrival of the whale sharks and swim with these gentle giants of the sea. We are hoping to get an opportunity to spend an extended time as camp hosts at Cape Range NP, and catch some turtle nesting activity as well.

Planning a return was the only way we could tear ourselves away, plus we had made a commitment to look after an avocado plantation in Carnarvon and were very much looking forward to the experience.

If you want to see more photos, here are: