I have to confess, leaving Tasmania was a bit heart-wrenching. I mean, we’ve been on the road since mid-September, and by the time we left the Apple Isle, we had spent more than half of our “new life” there. I felt like I grew up a little there. (Not sure what Eb would say about that.)

The trip across The Ditch was a long day. A bit longer than it had to be, due to a rare occurrence: about half an hour out of Devonport, the announcement came over the PA–we were returning to port due to a medical evacuation! Found out later that one of the passengers was feeling unwell, his vital signs wouldn’t stabilize, so they got him back to better medical support just to be on the safe side. 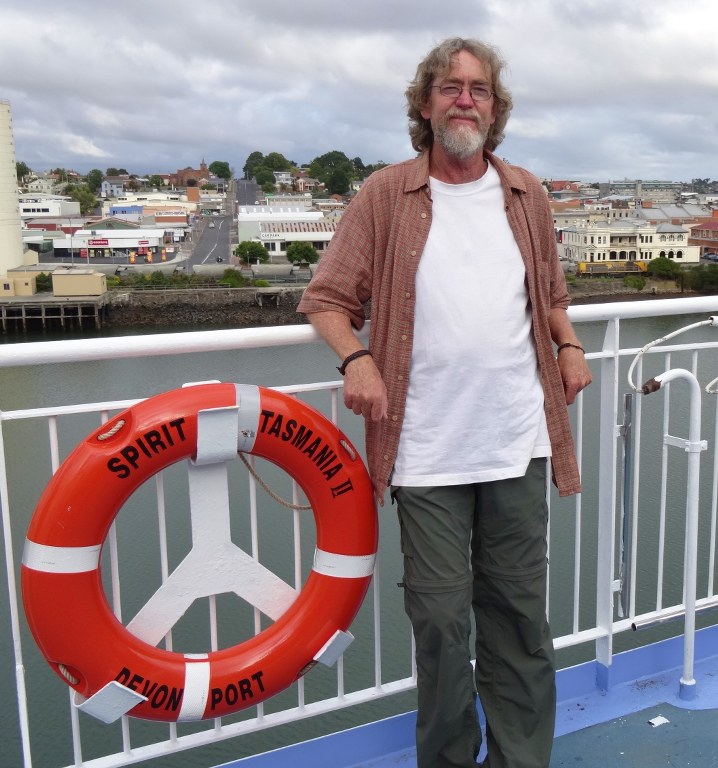 Result: we didn’t reach Melbourne until 8pm. Luckily, we had the presence of mind to contact a caravan park in Ballan to make sure we had someplace to spend the night. It was a sweet little place, small but very friendly. It also meant we were treated to a glorious sunset including the Melbourne cityscape. 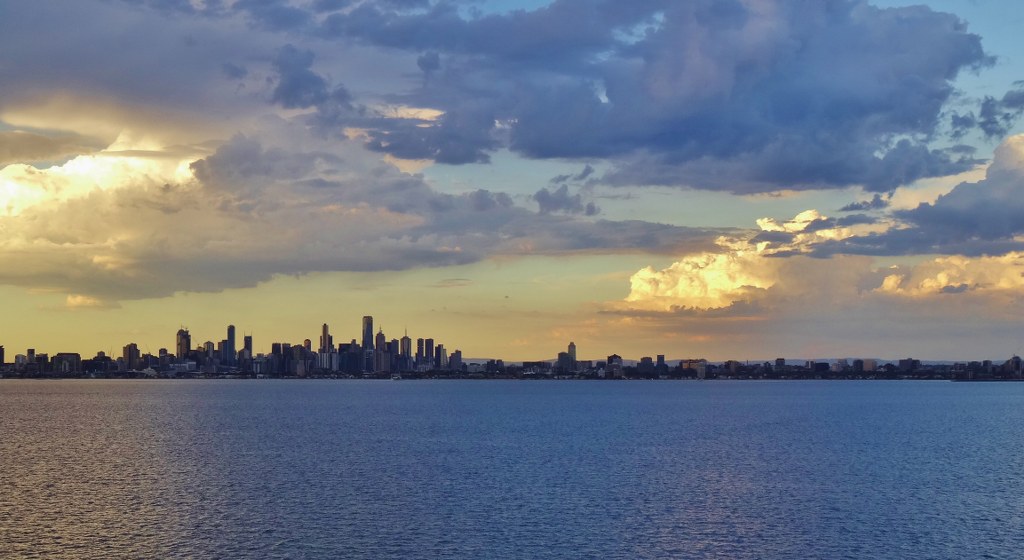 Our next stop was Ararat, which was in striking distance of The Grampians and where we had heard of a good place to camp on the edge of a lake. Despite the lake being bone dry, and the VERY noisy trucks passing by on the highway, it was still very good value for five bucks a night, with toilets and funky hot showers (with only one tap that you had to hold on with one hand) and we spent a few days there, getting our bearings and restocking. 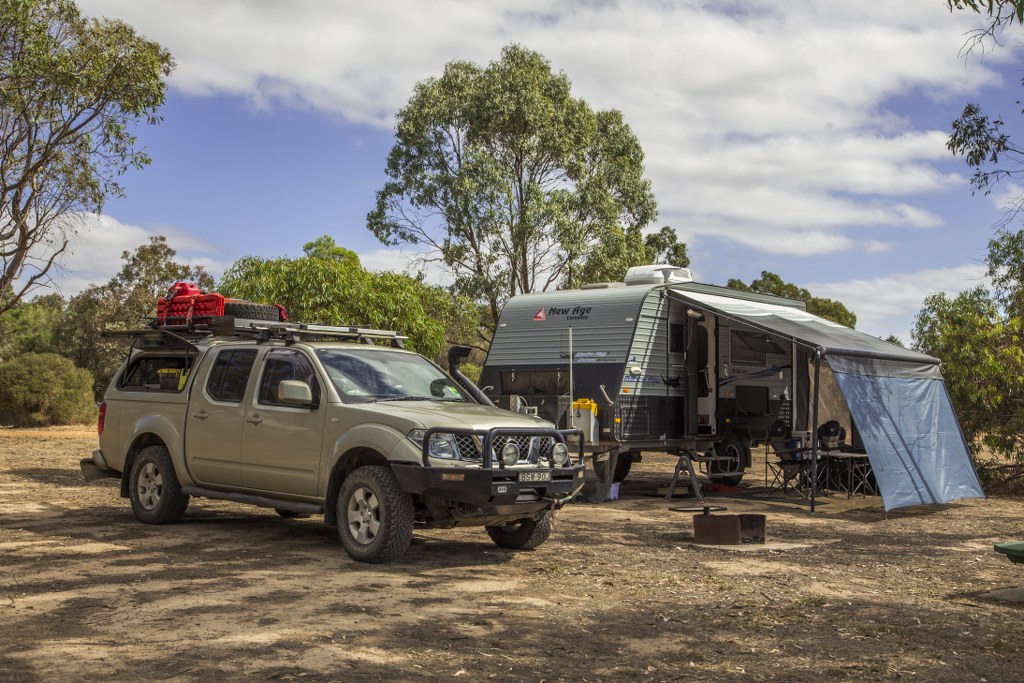 Leo received a major service there and we received some bad news: the diff was on the way out and likely to be a major expense, on top of the thousand bucks just spent on the service itself. Bleah.

Never mind, no use complaining, best to just get on with it. We elected to have the job done in Horsham and found a place to stay just outside of Halls Gap, right in the Grampians. 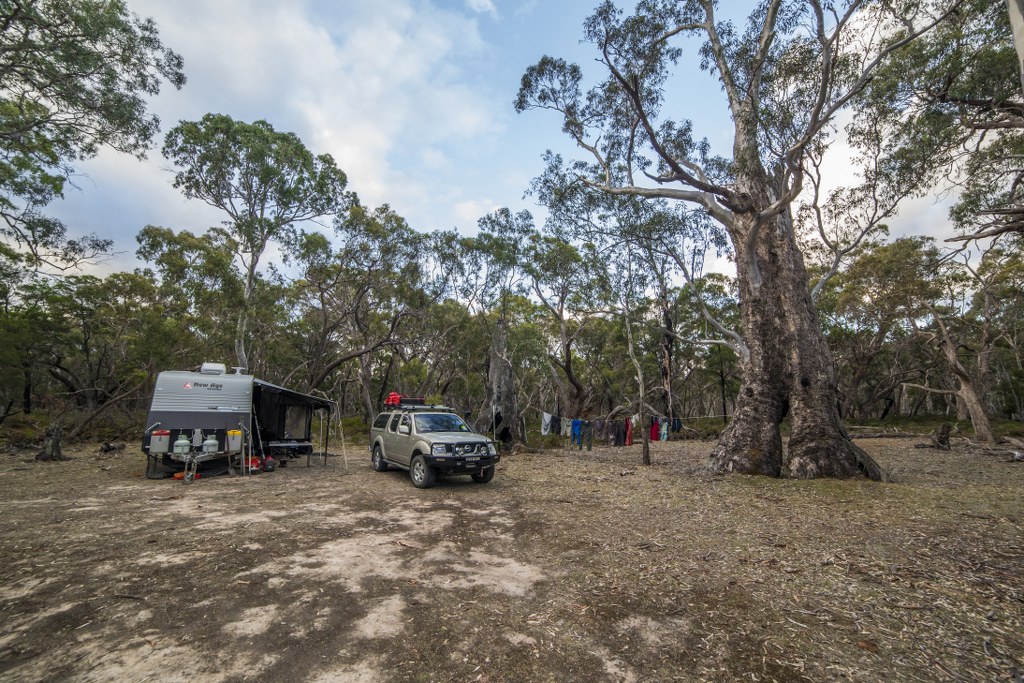 Yesterday, we spent a lovely day in Horsham, riding our bikes along the Wimmera River and checking out the Botanical Gardens. We splurged on a gourmet lunch at Jas Café before heading over to the shopping centre for some retail therapy.

The problem with this lifestyle is that it is hard to get excited about “stuff.” We already have everything we need, and then some. Also, anything we buy, we have to find some place to put, or offload something else.

Then the call from the mechanic: the operation was successful and the patient was awake and asking for his driver. The mechanic was asking for $1,800. Bleah again.

It was our most expensive day in nearly six months of travelling, but still a very enjoyable one :).

We’ll spend a few more days here in our magical spot in the open eucalypt forest, doing walks and hanging out in Halls Gap, where there is a swimming pool, opportunities for window shopping and lots of eateries to trial. 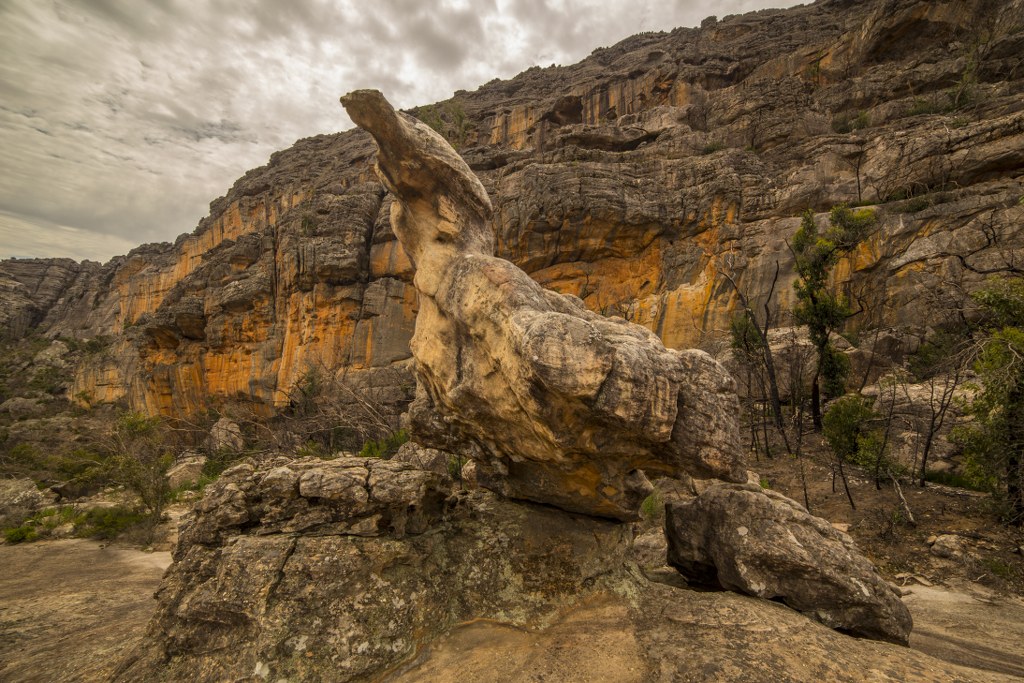