It was time to move on, it was. But it was hard to say goodbye to the Murray River, knowing it could be quite some time before we are back on the banks of the third longest navigable river in the world. 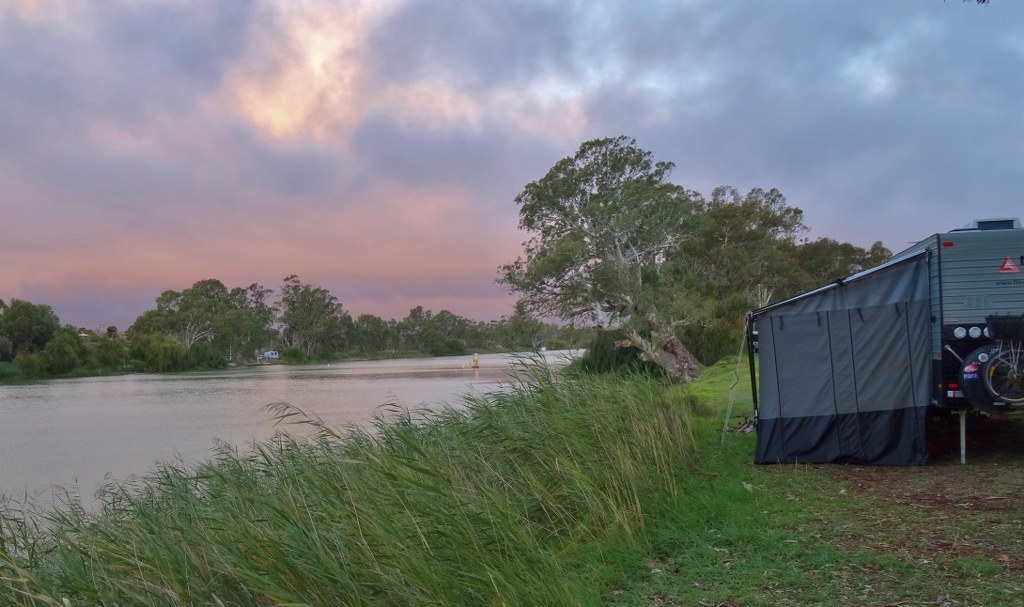 There is so much history along this 2,500 kilometre river, you can feel it. The Murray was formed 60 million years ago, when Australia split from Gondwana. For 45,000 years, indigenous Australians relied on the life-giving waters in the sometimes dry, harsh surrounds. 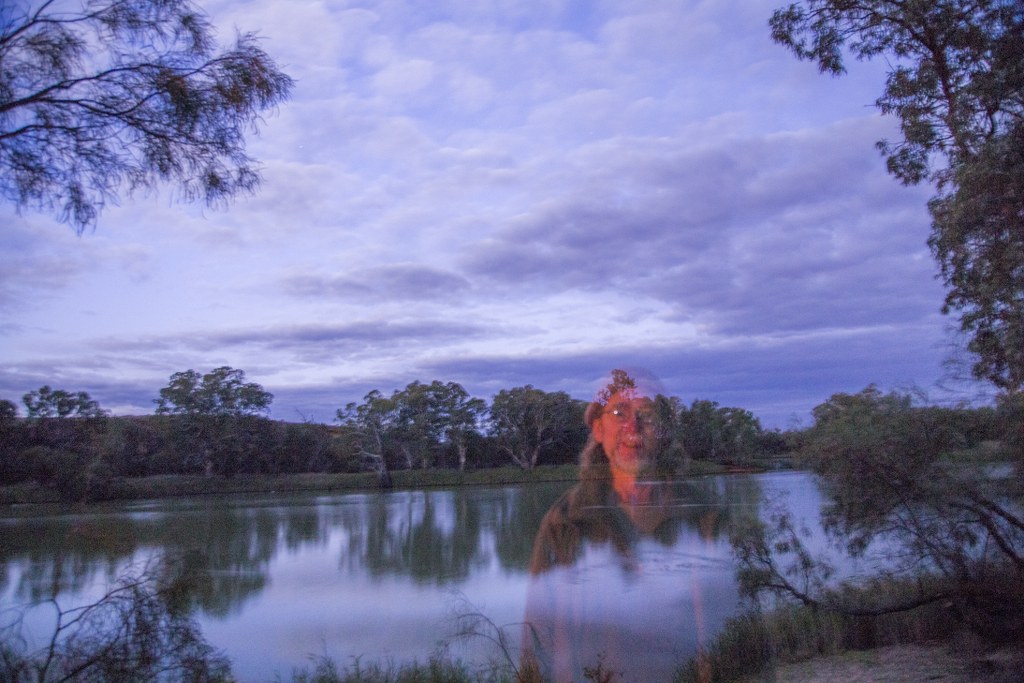 The Europeans discovered it in 1824 and by the mid-1800’s, The Mighty Murray was a super-highway for goods and people, for both profit and pleasure. 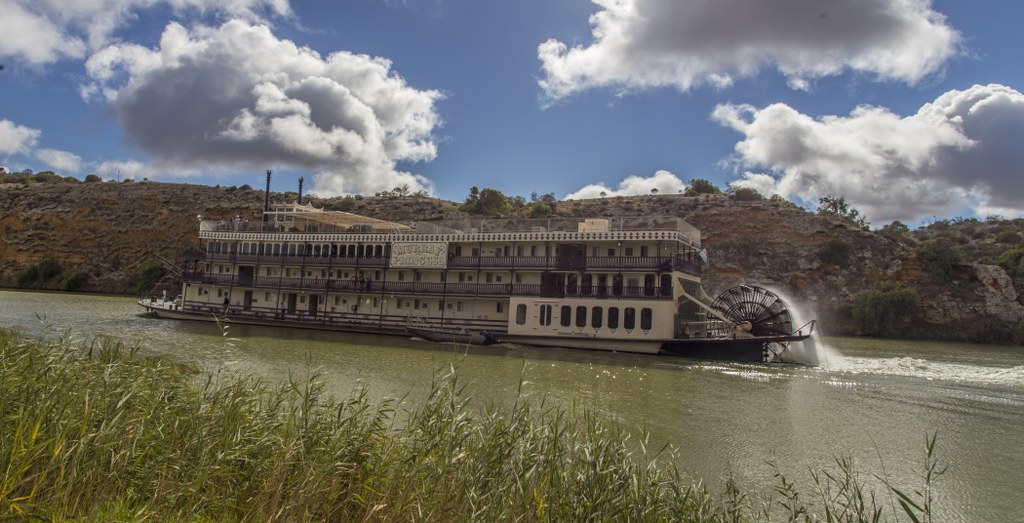 Although the need for river transport has been almost entirely superseded by other methods, there are still many thousands of people who cruise the twists and turns purely for fun and relaxation.

I can give you facts and figures, but you can google all that yourself. My aunty Diane asked me what I liked best about it…let’s see if I can put it into words without plagiarising the web.

Even though we aren’t really that well acquainted, this mighty river has started to feel like home to me. Since we started this epic journey, we have camped on the banks of this watery icon a mere handful-and-a-half times, but every time has been remarkable, memorable and hard to leave.

Our last few nights on the Murray (for a while) were at the Morgan Conservation Park in South Australia, near the ferry crossing. Apart from the pelicans, duckies and splishy splashy fish, we had the place pretty much to ourselves.

The weather was very cooperative, allowing for some lovely campfires at night and lazy mornings watching the river wake up. 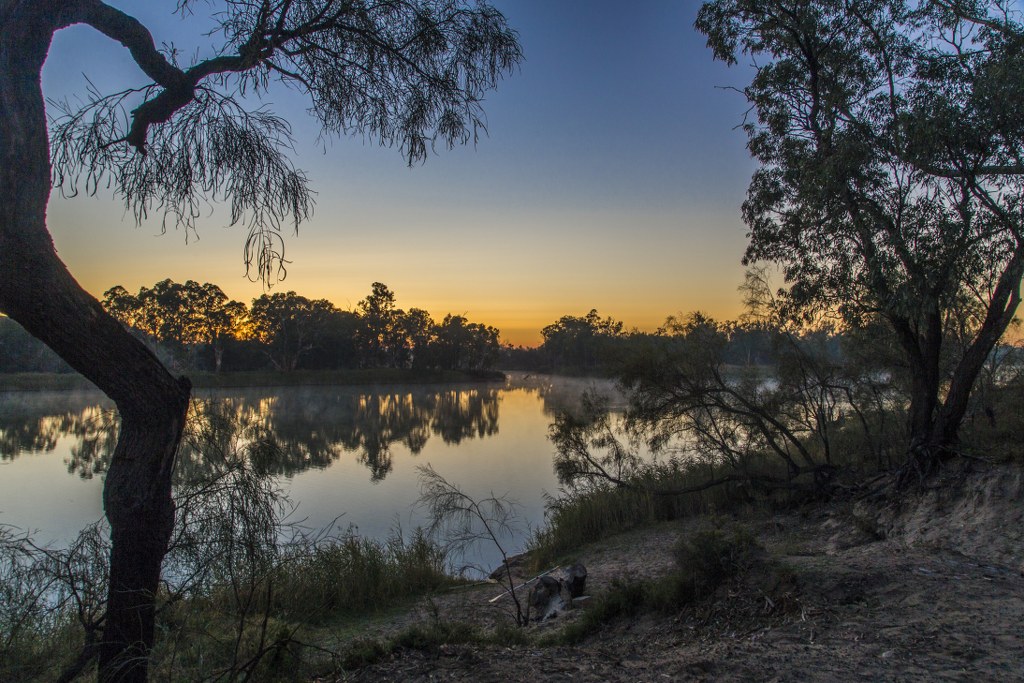 We seized the opportunity to take the kayak for a spin, getting pretty close to the Burra Creek Pelican Club before they took off in a huff. 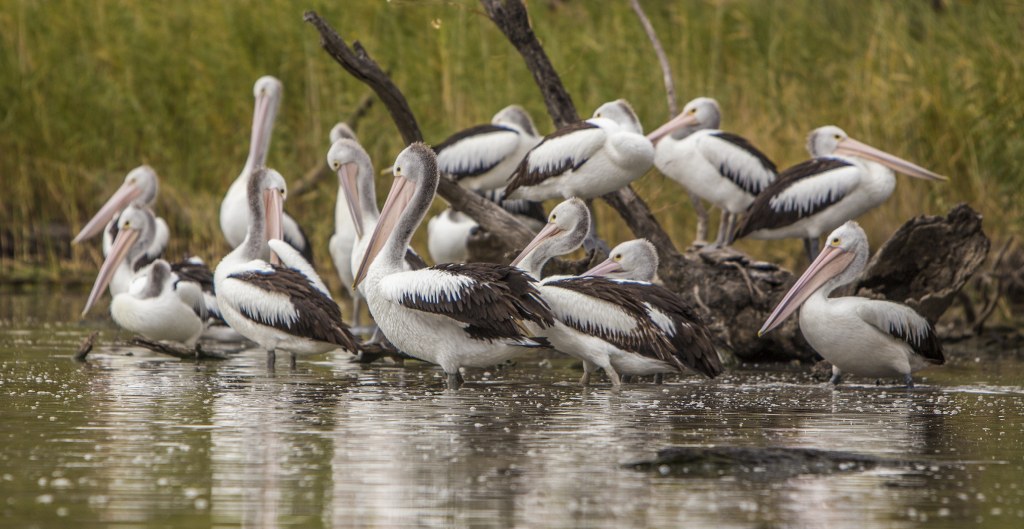 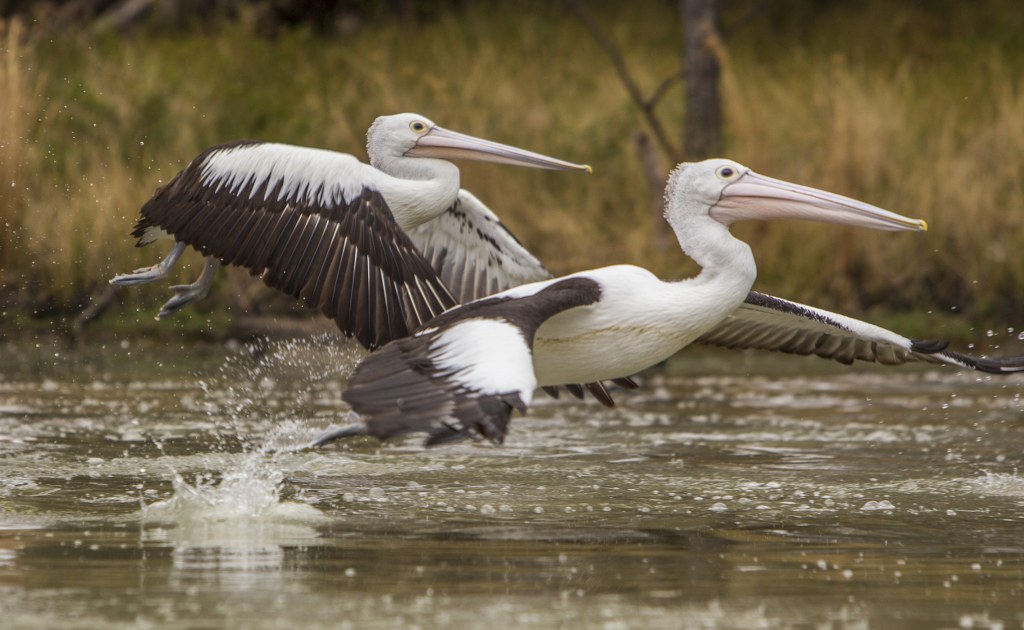 From our kayak, we also got up close to some interesting looking houseboats and started thinking about the lifestyle of living on the river, slowly travelling from The Barrages, near the mouth, to Mildura, nearly 1000 kilometres of amazing river and countryside upstream. And back again. 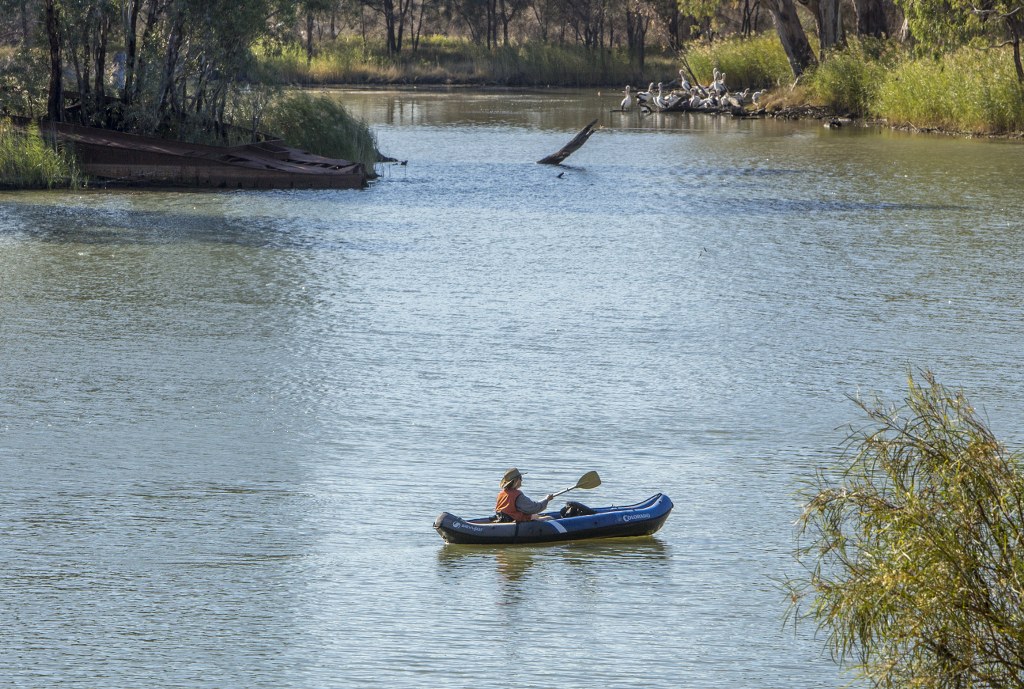 Don’t be too surprised if we end up buying our own little floating dream home one day. 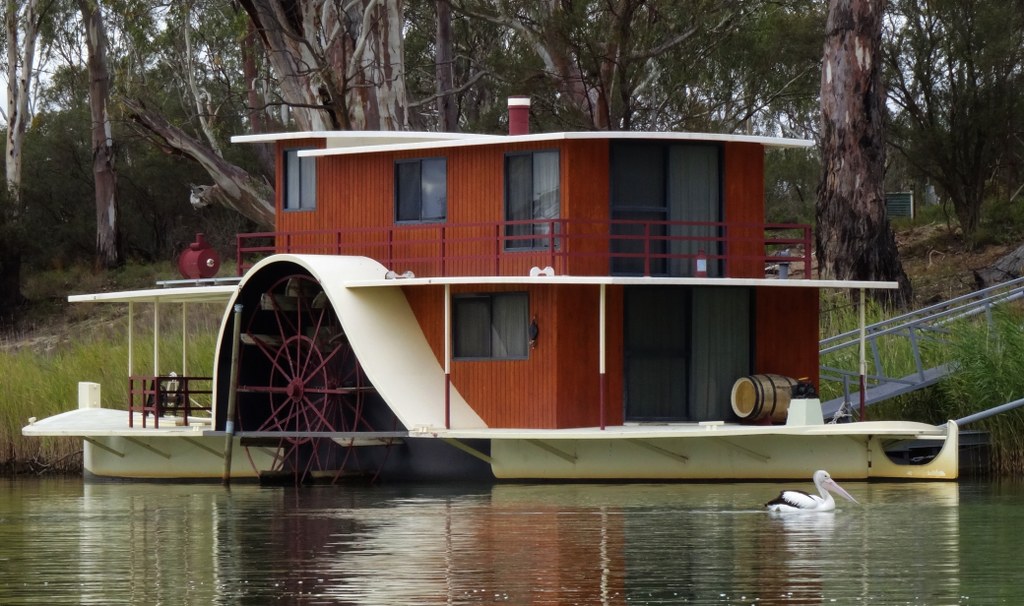 We even had our first go at fishing! We bought a shrimp net to catch our own live bait, then succeeded in drowning a few of them while trying to tempt the big, juicy Yellow Belly (Golden Perch) we just KNEW were out there. We may not have caught anything (besides lots of river weed and an exciting chunk of wood), but it was fun trying. (And a little bit addictive, truth be told.) 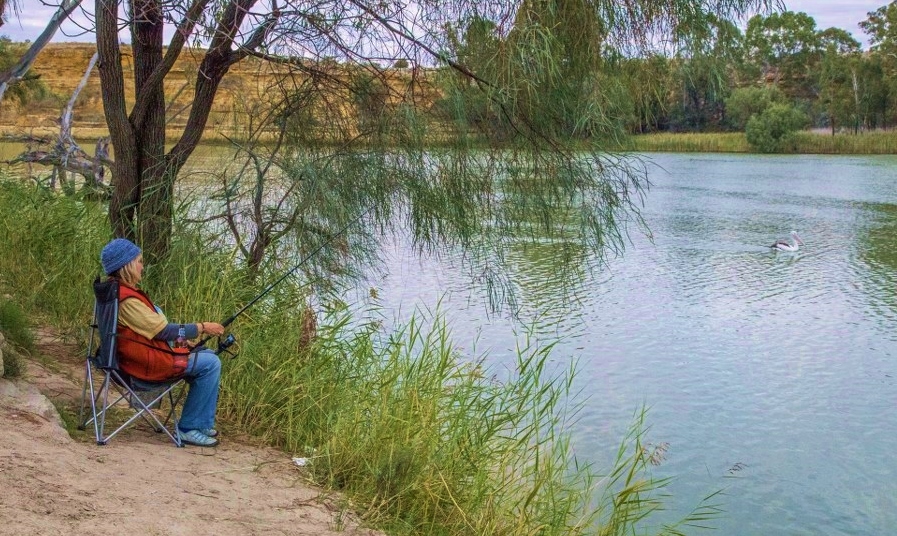 When it was time to move on, neither of us wanted to go, so we stayed another day, had another paddle, did some more fishing and made plans to “get an early start” tomorrow…

Excited as I am to venture into the outback, I miss you already, my mighty friend.